Honoring the Missionaries of the 1937 Nanjing Massacre 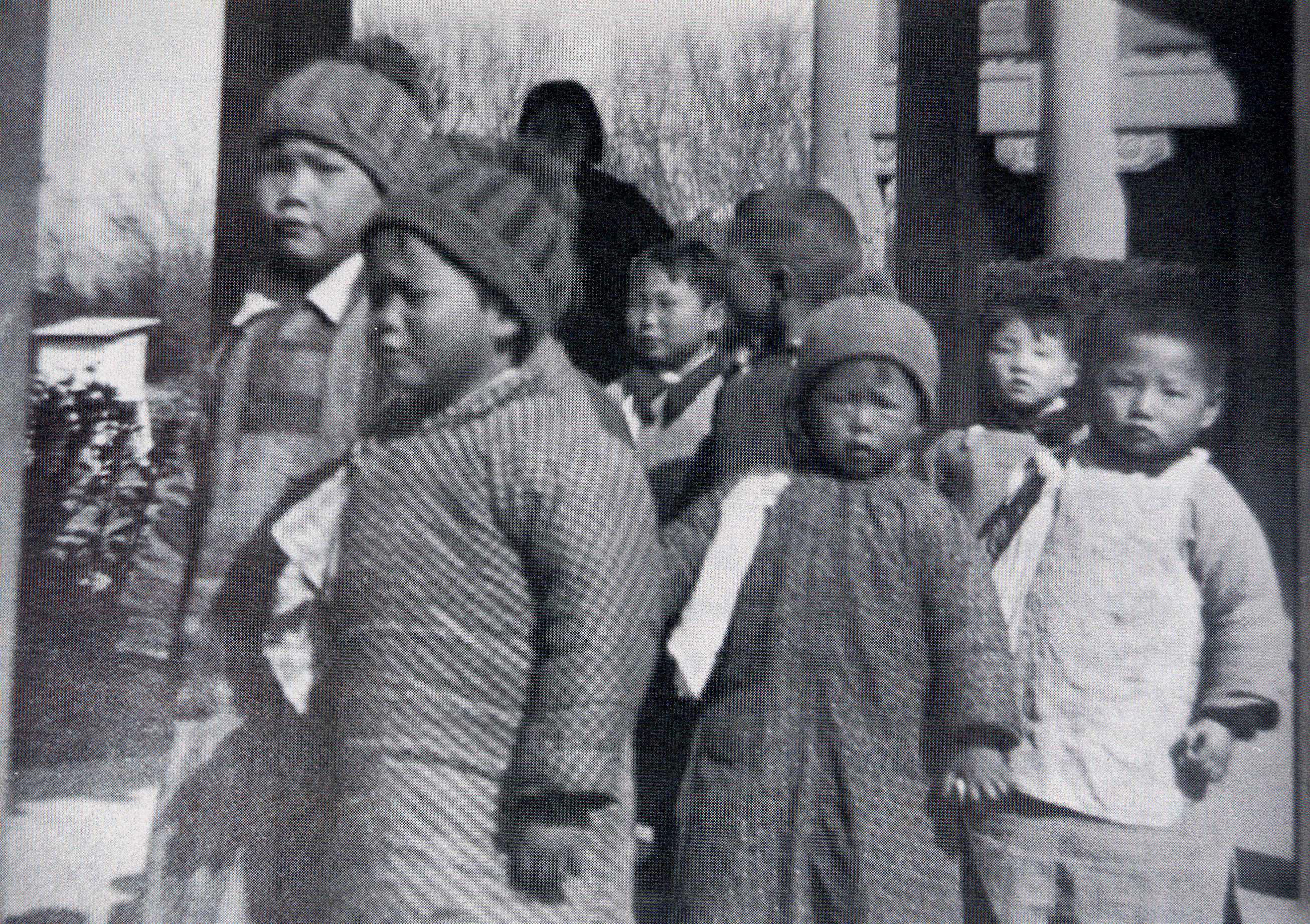 In late 1931, Japan created what would become known as "The September 18 Incident" as a pretext for occupying three provinces in Northeast China, thus igniting the fire of a world war in Asia. On July 7, 1937, the Japanese army concocted the "Marco Polo Bridge Incident" on the outskirts of Beijing, which was a staged attack on Japanese troops, signaling the beginning of an all-out invasion of China. From August 13 to November 12 of that year, Japanese troops attacked and occupied Shanghai. From there, the Japanese troops marched westward to Nanjing (then the capitol of China), surrounded the city, and attacked from three directions.

The Japanese army captured Nanjing on December 13, 1937 and more than 300,000 civilians were killed in the following six weeks. Nanjing remained an occupied city through the rest of World War II. 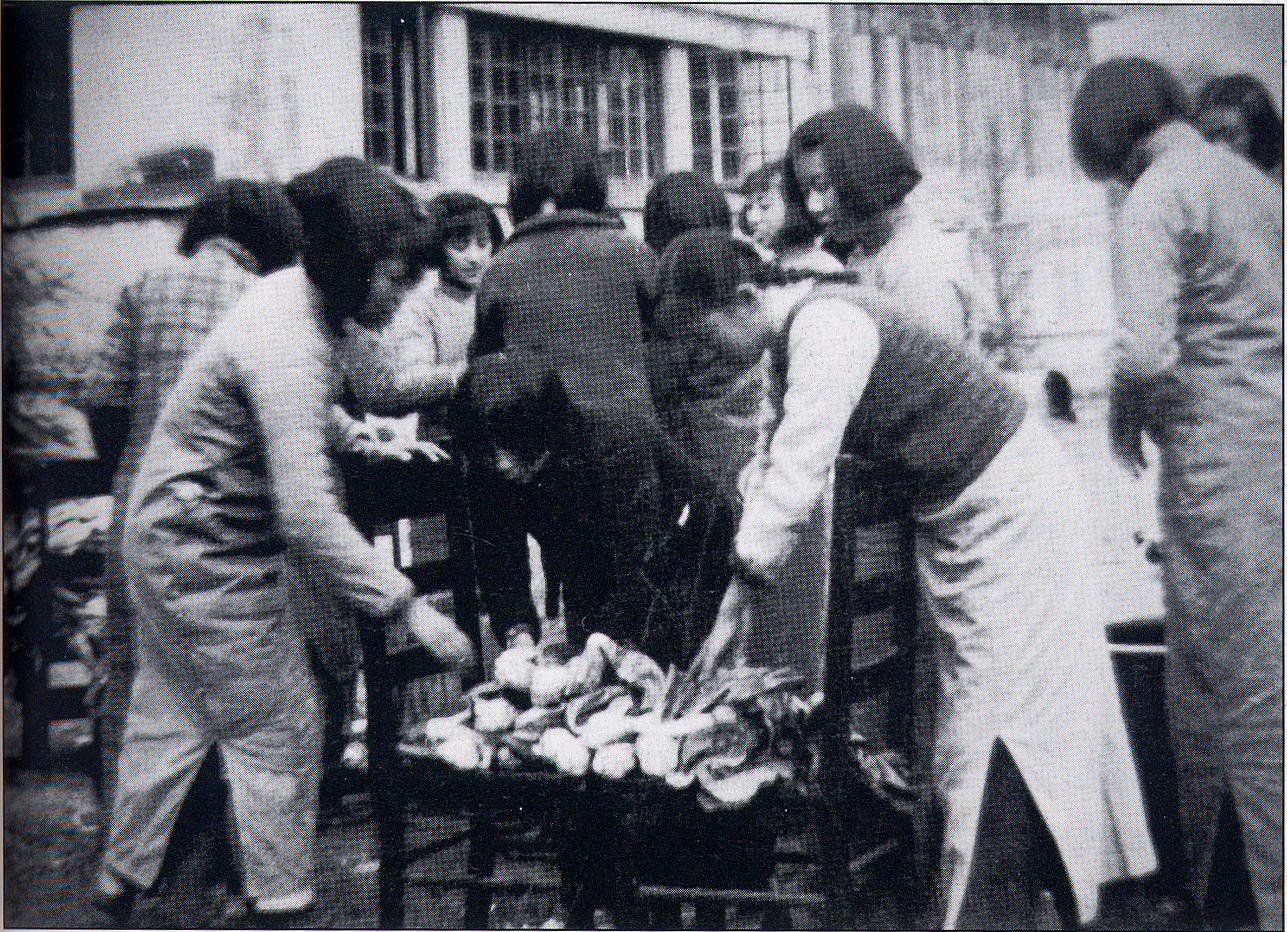 Our missionaries, Miner Searle Bates, Lewis Smythe, Minnie Vautrin, Grace Bauer and Richard Freeman Brady remained in Nanjing and risked their own lives to establish the International Safety Zone Committee, which protected more than 250,000 people in Nanjing. They are heroes remembered by both China and the U.S. Minnie Vautrin was called the "Angel of Nanjing" and some of the people of Nanjing saw our missionaries as "living Buddha" - a title that reflects their belief that God was accompanying them during this most difficult time.

Our missionaries shared the same ideals - to uphold justice, humanity and righteousness. They cherished peace and life, even as they witnessed hell on earth during the Rape of Nanjing. 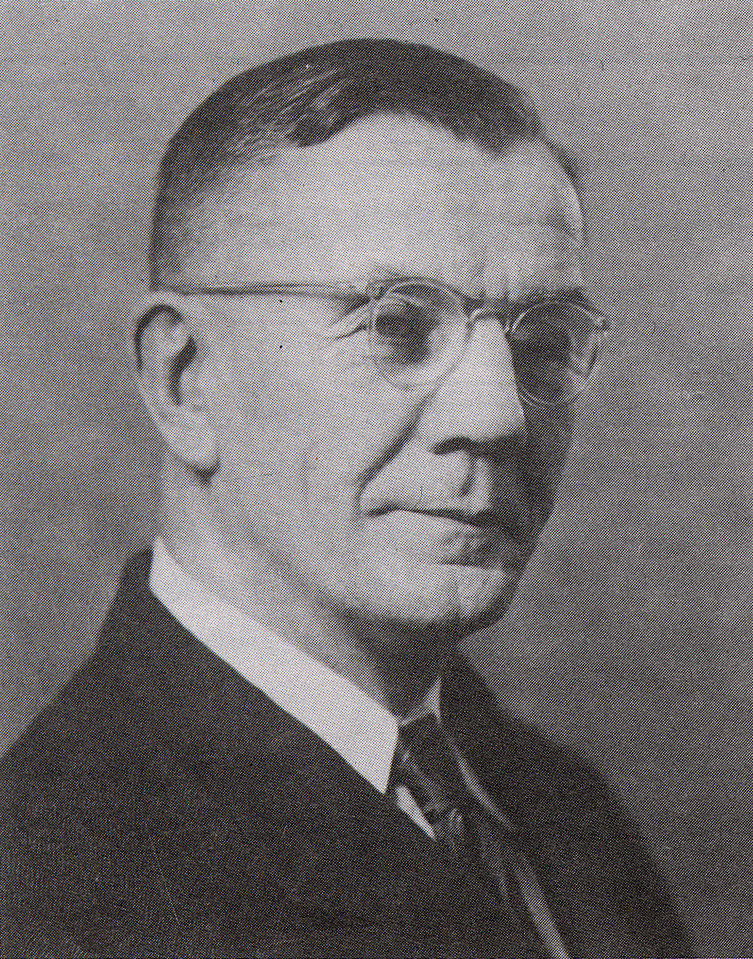 Miner Searle Bates, whose Chinese name was Bei Deshi, was born in Ohio in 1897. He went to China after receiving a master's degree in history from Oxford University in 1920 and worked as a professor in the Department of History at the University of Nanjing. After Nanjing was occupied, aiding refugees as well as keeping records on the atrocities of the Japanese army were his commitment to the work of the Nanjing International Safety Zone Committee. During this time, he protested by writing to the Japanese embassy demanding an end to the violence against civilians, as well as letters to congregations in the United States seeking to build awareness of the atrocities happening in China. In 1946, he appeared in the International Military Tribunal for the Far East to testify about the Nanjing Massacre. After returning to the United States, he served with the precursor to Global Ministries. He died in 1978. 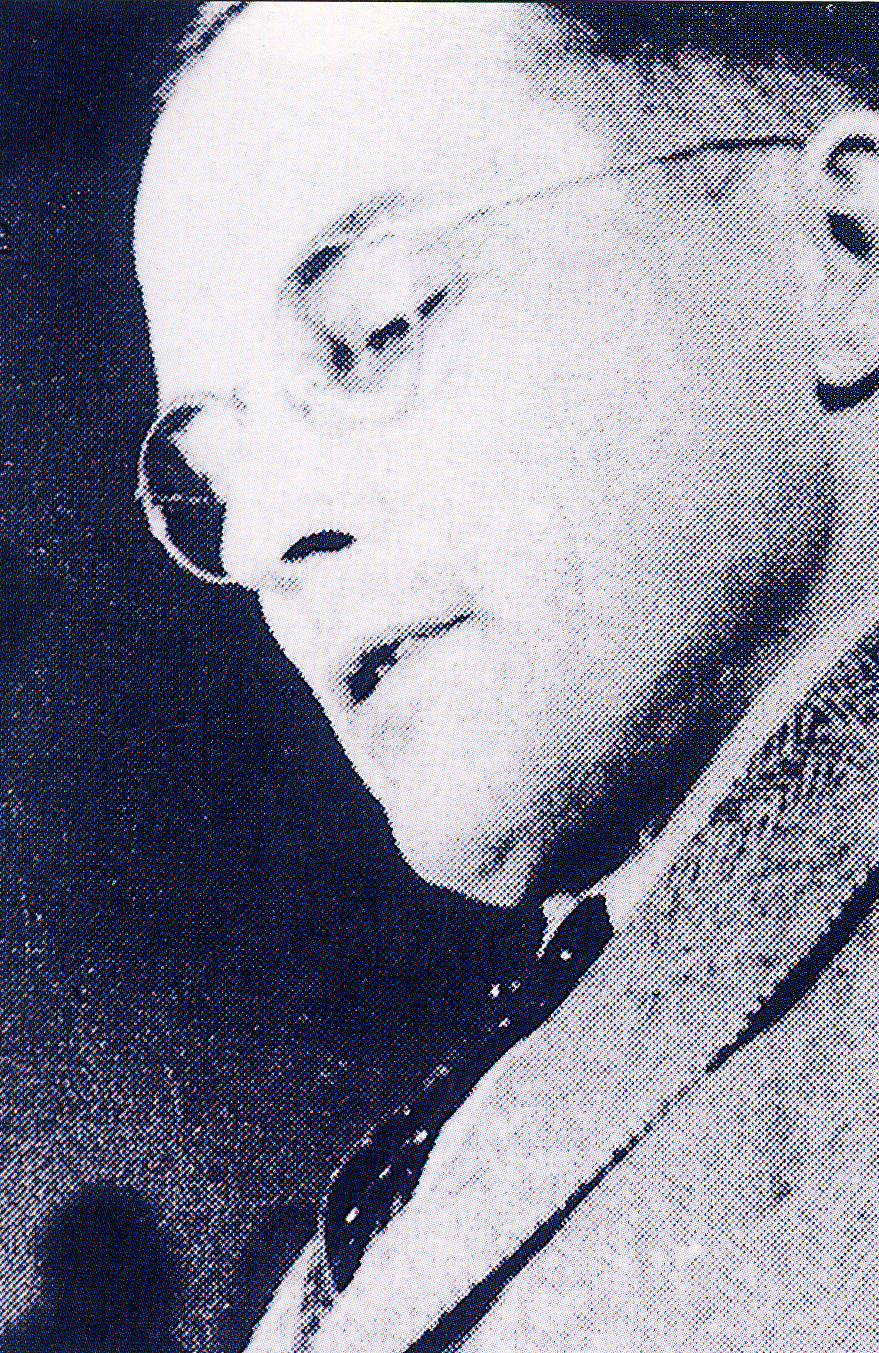 Lewis Smythe was born in Washington D.C. in 1901. He became a professor in the Department of Sociology at the University of Nanjing in October 1934. During the occupation of Nanjing, he worked as the secretary of the Nanjing International Safety Zone Committee and was a member of the Nanjing Committee of the International Red Cross. The records he kept of atrocities during his time provide clear accounts of the brutality inflicted upon the civilian population by the Japanese military. Following the Nanjing massacre, he wrote protests recording the atrocities of the Japanese army and submitted them to the embassies of Japan, the United Kingdom, Germany, and the United States as well as the Shanghai National Christian Church. In the spring of 1928, he organized an investigation in occupied Nanjing and its suburban counties nearby and compiled the book, The War Disaster in Nanking: Investigation to Towns and Countries of Nanking from December 1927 to March 1938. The book was published by the Nanjing International Relif committee in June 1938. 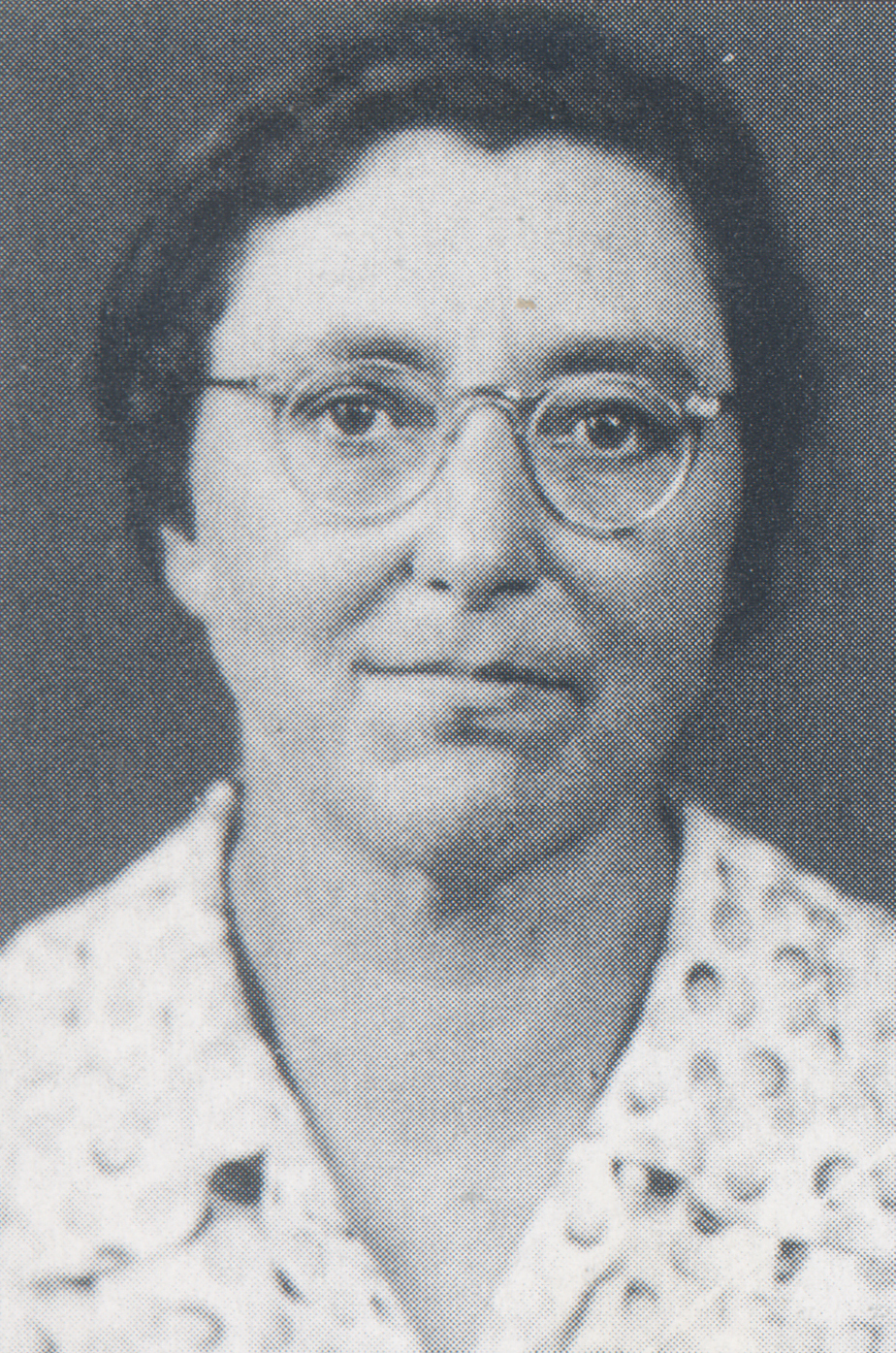 Minnie Vautrin, Chinese name Hua Qun, was born in Illionois in 1886. She graduated from the Education Research College of Ilinois University. She went to China in 1912 and worked in the Department of Education of Ginling College for many years. Following the Nanjing Massacre, she worked as head of the refugee shelter in Ginling College, and protected over 10,00 refugees of which virtually all were women and children. The refugees addressed her respectfully as a "Living Goddess." In 1938, the Chinese government conferred on her the Medal of Brilliant Jade, a high honor. Haunted by images of the massacre and her inability to save more lives, Minnie Vautrin sank into a deep depression and returned to the U.S. for further treatment. In 1941, feeling as though she was distracting from the situation in China, she committed suicide at a friend's home in Indianapolis in 1941. 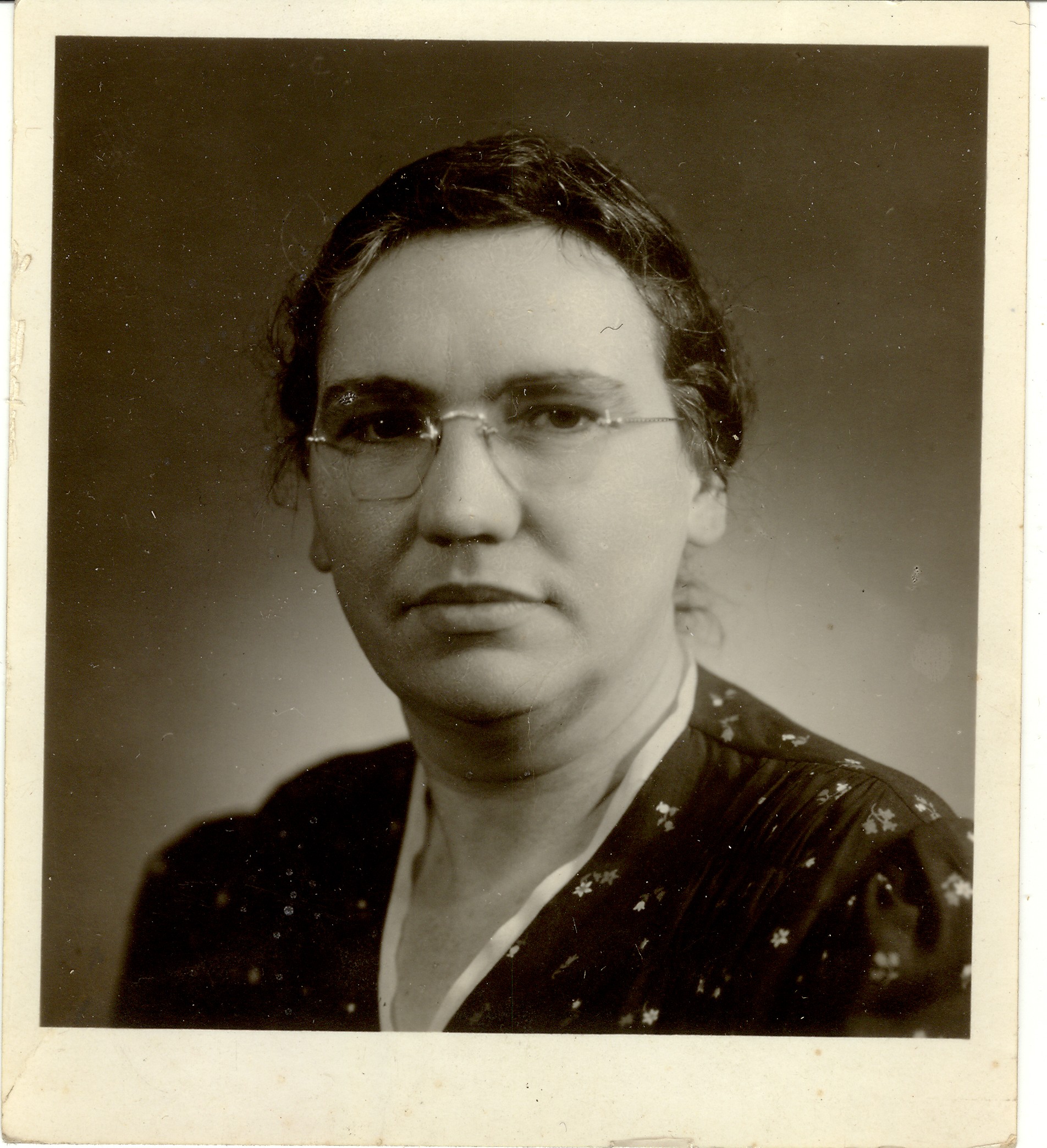 Grace Bauer was born in Baltimore, MD on January 20, 1896. She was affiliated with the United Christian Missionary Society/Disciples of Christ medical workers. She began her work in China in 1919 at Nanjing Drum Tower Hospital where she served as the hospital laboratory director and medical laboratory instructor. During the Nanjing massacre, she became the treasurer of the hospital, working through continually changing regulations to secure medicine and finances to support the critical medical work of the hospital. Her efforts during this time allowed Dr. Robert Wilson and others to  provide the only civilian medical services in the war zone. Later, in secret, the government commended her with a medal for her brave service to the Chinese people. She continued to work in Nanjing until her return to the United States in 1941. In the U.S., she worked in a Baltimore pathology laboratory until retirement. On July 29, 1976, she died in her hometown of Baltimore. 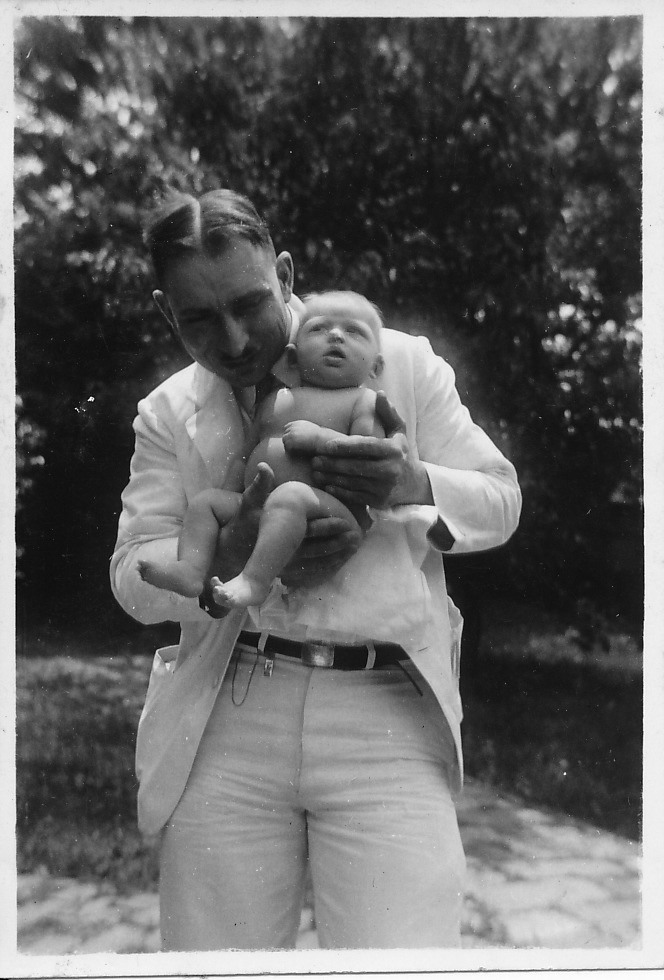 Richard Freeman Brady was born in 1902 in Erie, PA where he had his early schooling and worked various jobs. During his time at Transylvania College in Lexington, Ky., he met and married Edna Caldwell. After receiving his medical degree from Western Reserve Medical School in 1926, he served in private practice. He felt a call to serve and pursued medical mission. For two years, Dr. and Mrs. Brady worked in hospitals and nurse training in the Philippines. In 1931, they were called to China, where Dr. Brady worked at Drum Tower Hospital in Nanjing. When aerial raids came to Nanjing in 1937, Dr. Brady devoted himself to caring for the wounded. He moved his family to safety and returned to Nanjing, then occupied by the Japanese military. He repeatedly risked his life to save lives. As World War II loomed, Dr. Brady and his family returned to the U.S. in October 1941.

The Minnie Vautrin China Fund is a memorial to her work and ministry in China. Your gifts will be used to fun projects for poor and marginalized women and girls from the rural areas in China, including education, support of the poor, medical care and small loans for women starting small businesses through the Zhoukou Lay Training Program (Henan Province) and the YMCA in Shanghai.