February, March, and April are special months for LECSA, as each of its 12 presbyteries host an annual meeting where parish leaders gather to reflect on the past year and discern the direction for their presbytery in the coming year. These meetings are a precursor to the annual synod, which is typically held at the end of April in the small town of Morija, the historic headquarters of the church. 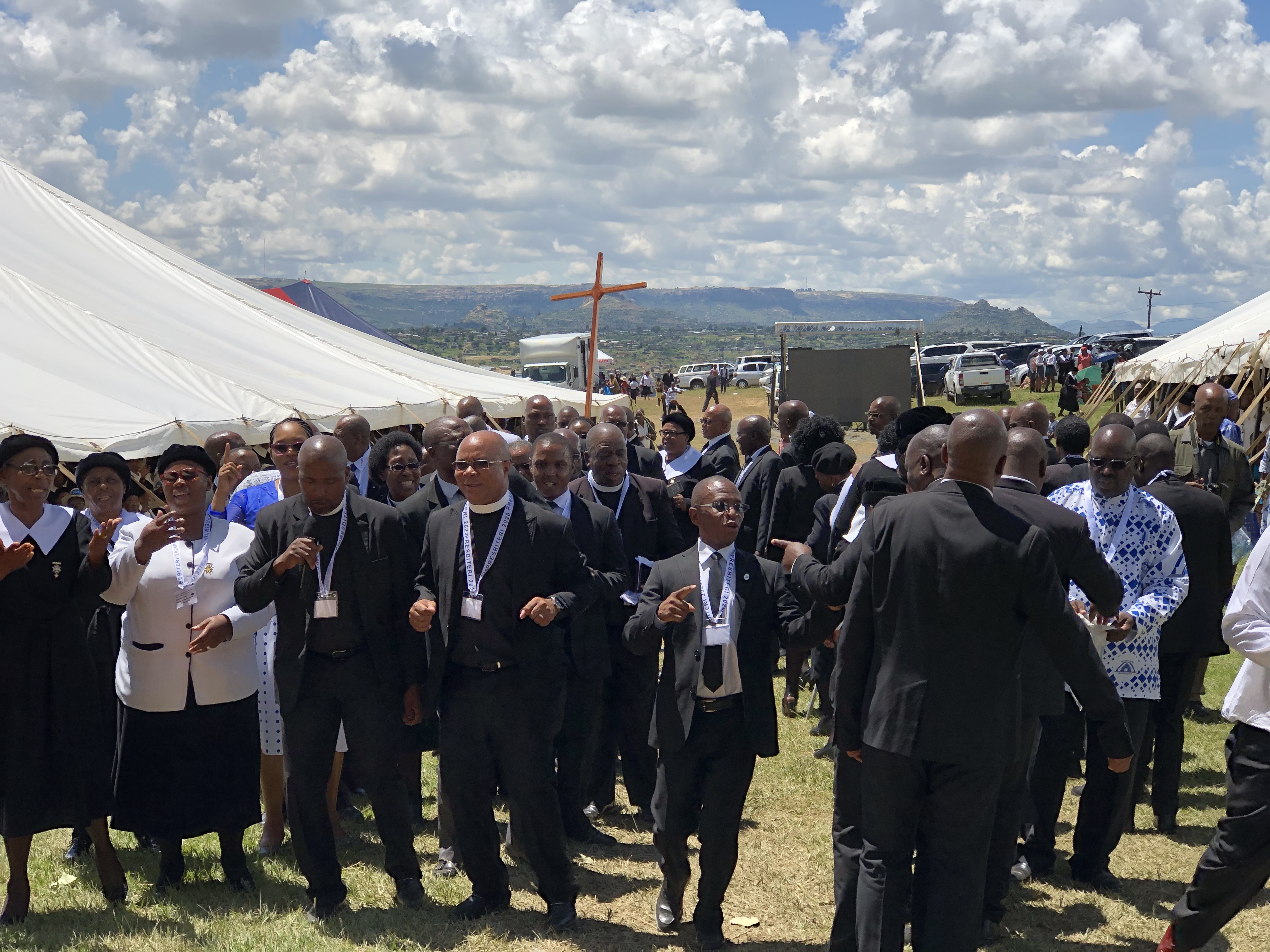 We currently attend Maseru LECSA, which is located in the heart of the city of Maseru. It is the closest LECSA church to our home and is the biggest LECSA congregation in the country. The church building itself is a stone’s throw from our office building where we work each day. This year was special for us because Maseru Parish was selected to host Thaba-Bosiu Presbytery’s annual meeting. Because our office building sits within the church complex, we literally had a front row seat for observing what goes into hosting an annual presbytery meeting. Preparations began months before including fundraising and food donations. The church was repainted inside and outside including bells, doors, walls, and ceilings – which was no small task as the church building is a historic hanger with soaring, domed ceilings. The flower beds were fastidiously weeded and remade with new transplants. The curbs, parking blocks, and lines on the parking lots were re-painted. The smell of paint fumes drifted in our open windows along with the sounds of volunteers laughing as they conferred and critically assessed the work that still needed to be done before the gathering. Needless to say, countless volunteers took such care to make the church grounds look immaculate before the meeting began. 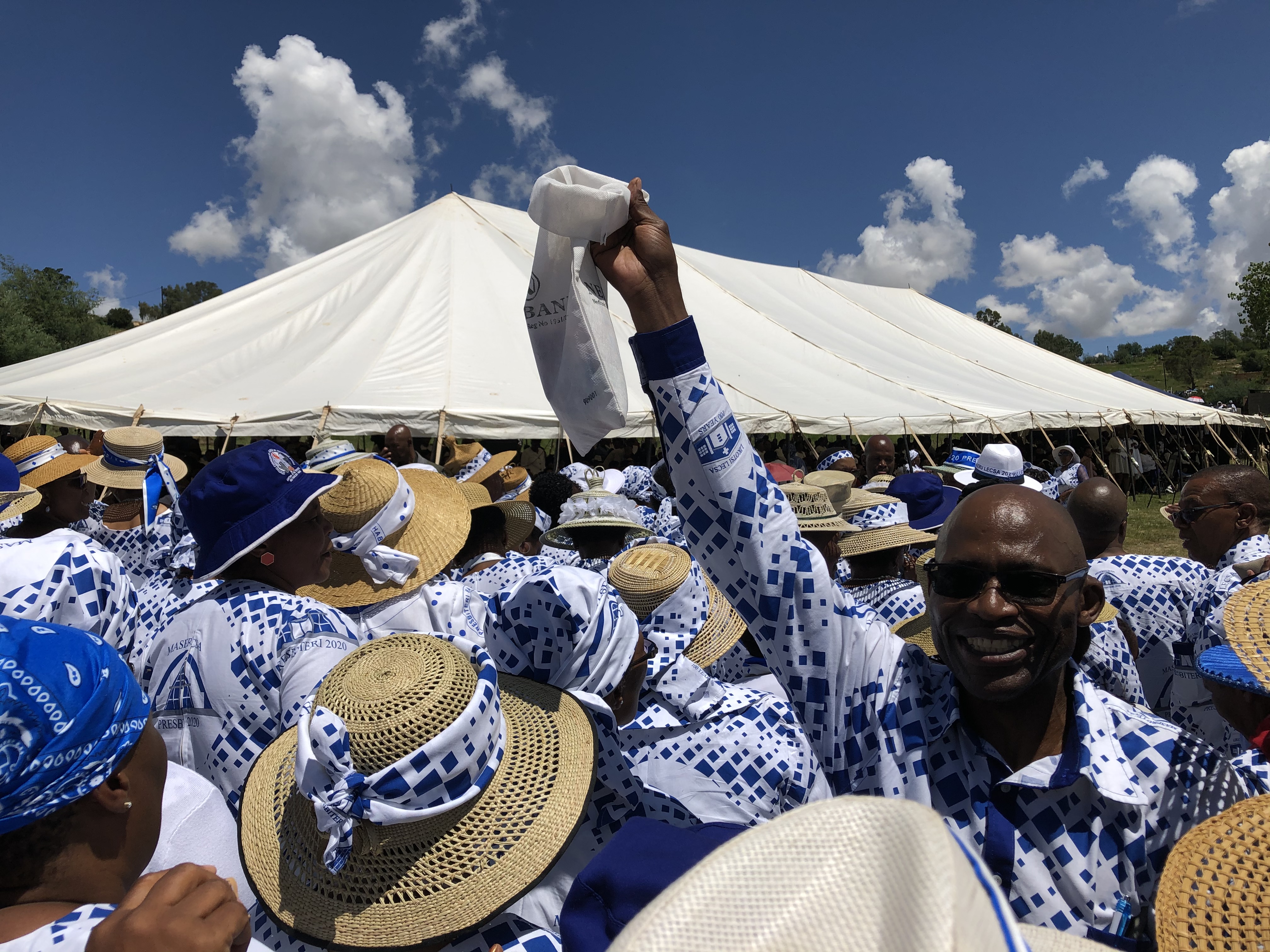 The presbytery meeting ran for four days, with the delegates arriving on Wednesday, February 19. All in all, there were over 80 attendees. The gathering culminated in a service of worship held all day Sunday, February 23. All members of every LECSA church in the Thaba-Bosiu Presbytery were invited to attend. While the business meetings during the week had been held at Maseru LECSA, in the city, there was not enough space there to host the Sunday worship service. Instead, everyone gathered at Likotsi LECSA, one of Maseru Parish’s outstations located on the outskirts of Maseru, as Likotsi LECSA had the outdoor space to accommodate the thousands of members who came to take part in worship. Large tents were set-up to shade all of the attendees.

Prior to the start of the worship service on Sunday, the representatives from each parish were delivered by vehicle to the front of the gathering. Children were stationed along the route to cheer them on, waving scraps of cloth in presbytery colors. Horns blared and people cheered. As their parish was announced over the PA system, the honored guests alighted from their vehicles and processed down a red carpet located in front of the crowd before taking their seats. Worship began at 9:00am and included the typical elements of a LECSA service, including prayers, hymn singing, and a sermon. As is Basotho custom, during the time of announcements, the representatives from each parish as well as the pastors and evangelists were introduced by name, followed by representatives from the Synod, the LECSA Executive Secretary, and special guests. 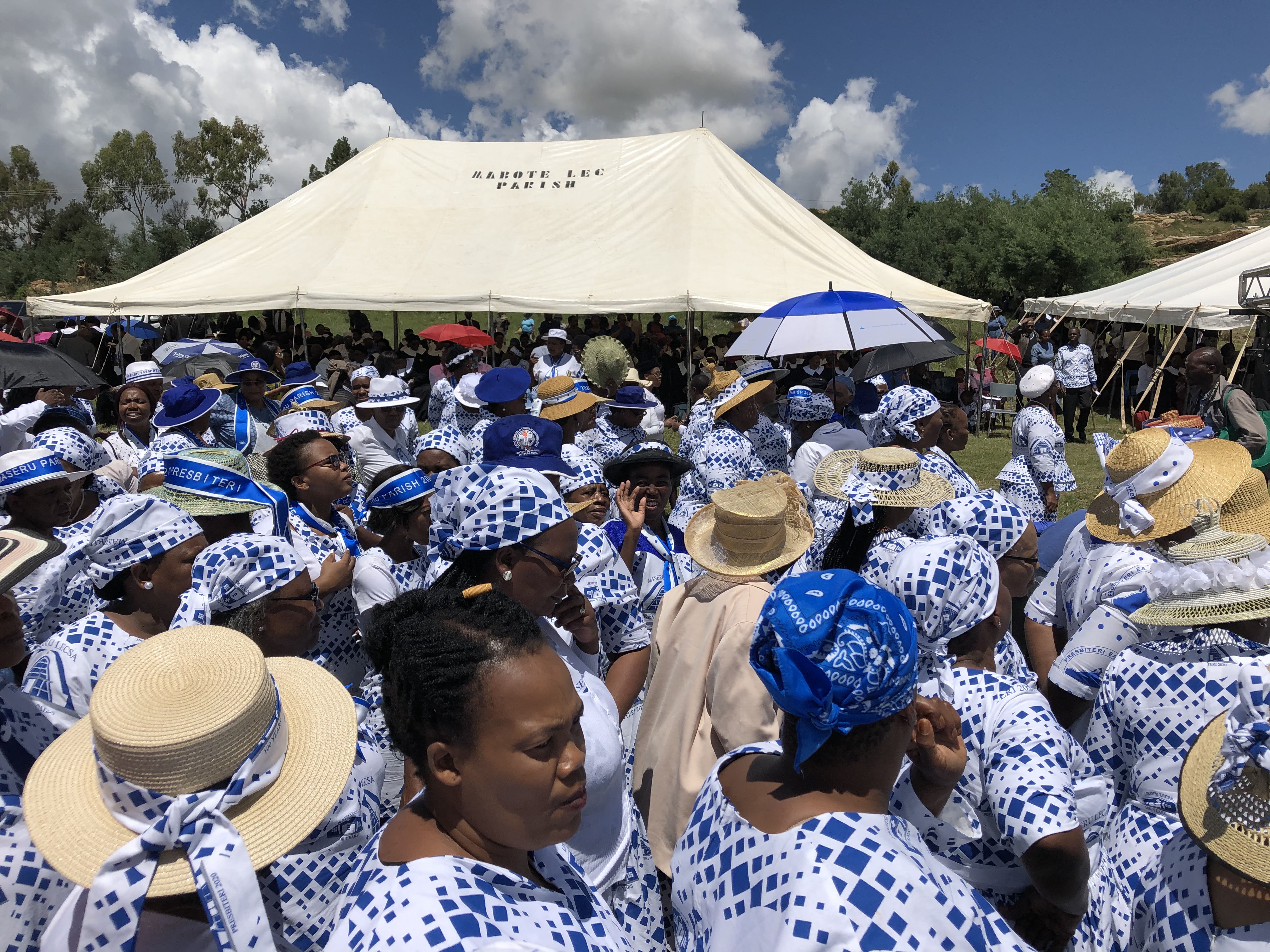 At around noon the offerings began, arguably the most exciting part for church members. During this part of the service, each parish took its turn assembling, collecting gifts, and processing through the gathering, joyfully singing and dancing before handing over its gifts to be counted. There was fierce yet friendly competition between Parishes, each trying to out-give each other. Parishes often coordinate their dress, so different congregations visually stand out in the crowd. (For example, Maseru Parish’s colors are blue and white.) This part of the service continued for over four hours, followed by the closing of worship with prayers, including the Lord’s Prayer, and hymns. Following the service, the amounts collected from each parish were announced.

This feast Sunday is the first of two presbytery-wide gatherings that typically occur in the first quarter of the year, leading up to the annual synod meeting. The second gathering, and the more competitive collection Sunday, is scheduled to take place at the end of March. These gatherings are important for LECSA. They give members an expanded sense of church unity, as well as the opportunity to bond within their parishes. Above all, LECSA members find public, communal giving to be an expression of faith and a cornerstone of their church communities not to mention, an impetus to gather together and express gratitude for the many gifts that God has given. 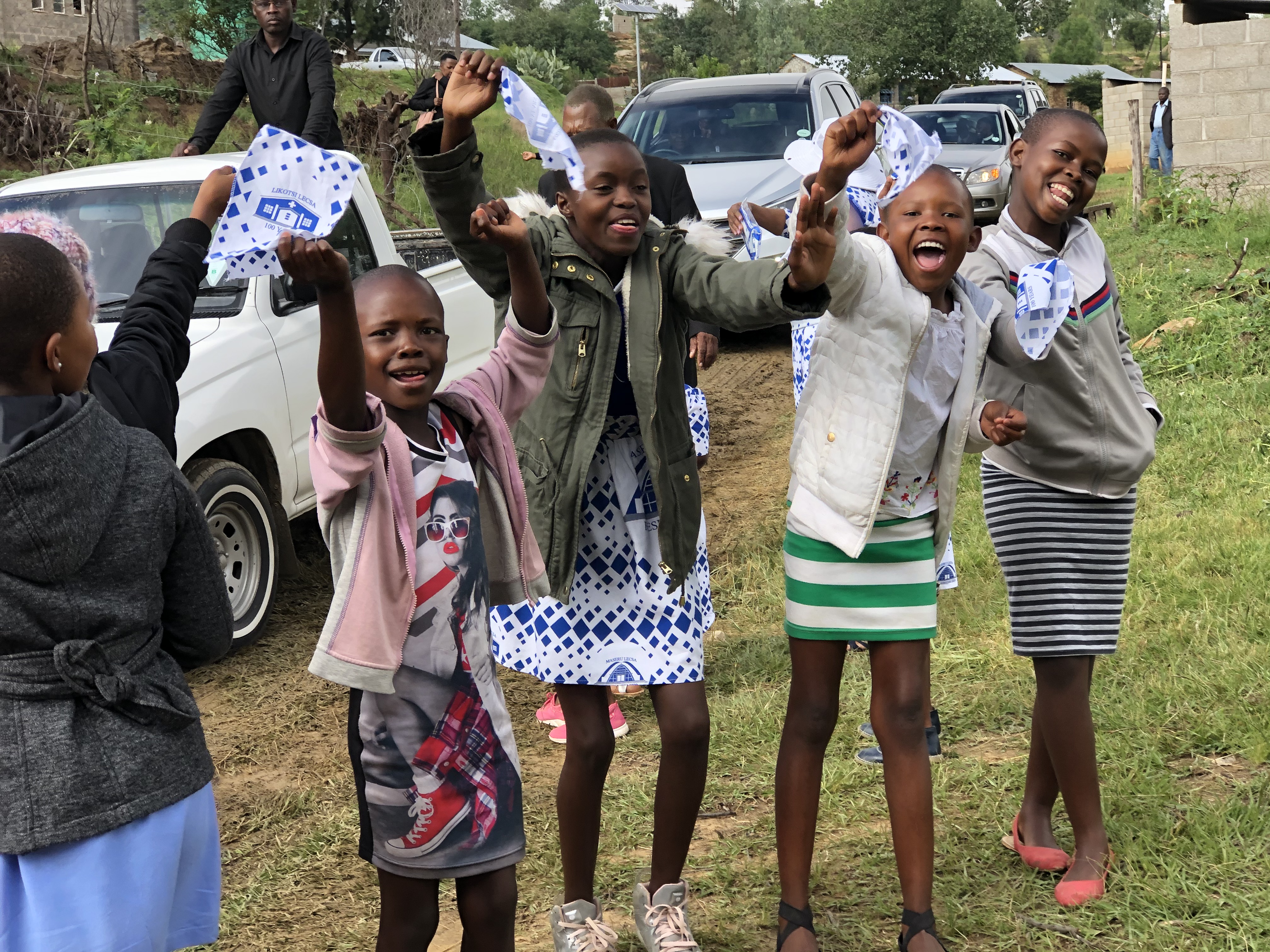 Hope-instilling redeemer, here in Lesotho we lift our voices and hearts to you in celebration of all that you have given us. We marvel at the beauty of creation: For the plateaus that rise high around us, for rugged red cliffs and rocky hillsides, for emerald green grass that sustains grazing herds, for deep blue skies interrupted by billowing white clouds. We praise you for the morning mist as it clings to our hair and eyelashes and hangs like a mystery in the air. And for the hot summer sun that burns it off as clear skies and dry air give way to views of the majestic mountains that so many call home in their hearts. We marvel at the way we feel connected to others, in you. We wholeheartedly come together to share in the gifts of giving, of praise, of song, of dance. We rejoice in the church and in the larger body of Christ.

We hold these prayers in our hearts, O God, and offer them to you. Amen.

Make a gift that supports the work of Danielle Murry-Knowles