By Global Ministries (Disciples of Christ and United Church of Christ) on September 13, 2017 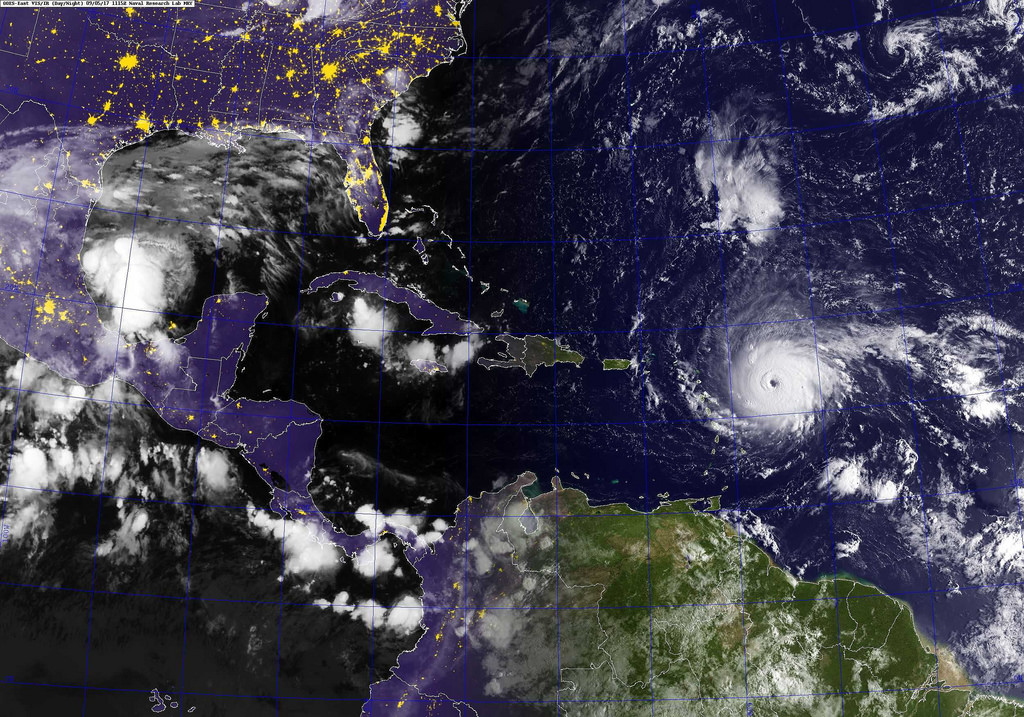 Hurricanes Irma and Harvey have battered the southern coast of the United States as well as wreaking untold damage across the Caribbean. Many of the most heavily hit areas have not been heard from yet, and this page will be updated as new information from partners is received.

Please continue to hold all of those impacted in your prayers.

It is reported that powerful waves and storm surge from Hurricane Irma topped Havana's iconic Malecón seawall and left thousands of homes, businesses and hotels swamped on Sunday, even as the storm moved away from the island. As of September 11, 2017, authorities have confirmed ten fatalities in the territories of La Habana, Matanzas, Camagüey, and Ciego de Ávila.  The Government of Cuba facilitated the evacuation of more than 1 million people to safer places in advance of the hurricane.

There is a warning that the floodwaters could linger for more than a day, and there was as-yet uncalculated damage to sugar cane and banana fields in central Cuba and to northern cays studded with all-inclusive resorts, potentially dealing a major blow to the country's key tourism industry.

Regarding the work by partners, the Emergency Committee for Disasters of the Cuban Council of Churches (CIC) is working intensely to provide supplies to the Christian populations in the areas affected by the hurricane. The Committee has been active since September 4, 2017 and has been attentive to the information of the Institute of Meteorology and the National Directorate of Civil Defense of Cuba. Chaired by Rev. Aramís Rodríguez Brooks, coordinator of the Council of Churches of Cuba in Guantanamo, this committee is structured with work commissions and has worked to protect resources previously delivered to the communities.  That has been part of their job after the effects of Hurricane Matthew which hit less than a year ago in this same area of ​​the country. Also, the collaborators and promoters were immediately activated in the municipalities that were impacted by Hurricane Irma and are updating the database.

The Psychosocial Support Commission directed the promoters to collaborate in the evacuation of people living in shelters and vulnerable places. The Housing Recovery Commission recommended protecting and transferring to safe places the materials delivered, up to this moment, for the development of the different projects that are implemented in the territory. They educated the communities in the importance of storing the largest quantity of drinking water possible and offered the purified water service to the communities. The Food Safety Commission called for ensuring the breeding stock delivered the turbines, irrigation systems and the dismantling of the Maisi tip windmill, to minimize damages.

The Dominican Evangelical Church reported severe damages to crops and houses.  Santo Domingo, the capital city, has been affected mostly by rain.  The provinces that registered more damage are Samaná, Nagua, Puerto Plata, and Monte Cristi.  The Social Services of Dominican Churches (SSID) shared that their regional coordinators have been working alongside with their emergency response committees in their provinces to educate the people about safety measures and the risks of Hurricane Irma.  From their general offices they continue monitoring the situation, and now they are working on the assessment to deal with the damages across the island.

Up to this moment, we do not have direct information from our Partners regarding the effects of Hurricane Irma on Haiti, but sister organizations in the country reported that a river in Ganthier, Haiti has burst its banks, flooding nearby farmland. Ganthier is a commune in the Croix-des-Bouquets Arrondissement, in the Ouest department of Haiti.  It has 71,261 inhabitants.  We continue our communication with our partners there to assess the effects of the damage.

Rev. Miguel Antonio Morales, General Pastor of the Christian Church (Disciples of Christ) in Puerto Rico, reported that there are still difficulties with communications in Puerto Rico. Damages are minor and are being taken care of.

In Villa Palmeras, the wind destroyed the roof of the third floor and water filled the second floor of a tiny church.  The rural church of Sabana de Bayamon lost two light poles and the outside lighting.  The Church in Brechas lost part of a roof, and in Cayey, the new ceiling was lost because of the water. In Humacao, the church reported water damage.

Members of the churches in Puerto Rico suffered losses, like a family in El Salto de Comerío that lost the roof of their house, and there is still a significant portion of the island without electricity, and many are without water.  Nevertheless, Rev. Morales reported that the damage has not been as bad as expected.