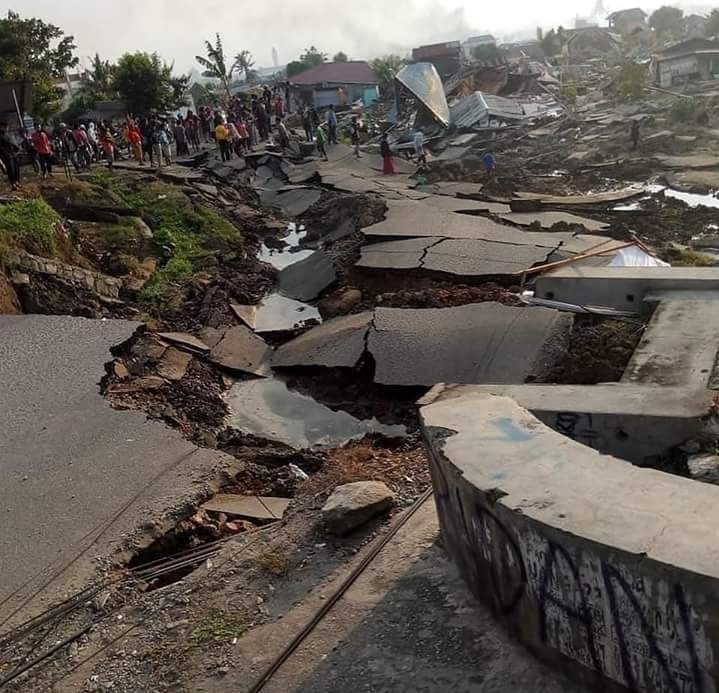 The Vice General Secretary of the PGI, Rev. Krise Gosal, arrived in Palu this afternoon on a military plane from Makassar. Immediately after landing, she tried to coordinate humanitarian aid for churches in and around Palu and Donggala.

She reported several things as follows:

Considering the above notes and the condition that is still not yet being handled well, what is needed is food, medicine, tarps, clothing, and other daily needs [toiletries, solar lights and water filters].

The PGI Executive Council urges all church members to hold families who have suffered from this disaster in your prayers of intercession—personal prayers, family prayers, neighborhood prayers, and prayers during church worship. You are also urged to share in bearing the burden of suffering of our brothers and sisters, without bias, by contributing funds and resources.

The PGI Executive Council will make every effort to send aid immediately to the site, distributing it in coordination with the post that is being coordinated together with churches in Palu, Donggala, and in Central Sulawesi in general.

UCC donations through One Great Hour of Sharing

Disciples donations through Week of Compassion

Make a gift for Global Ministries partners in Indonesia

More about National Communion of Churches (PGI) in Indonesia