International Day of Peace at the Institute of Religion, Culture & Peace 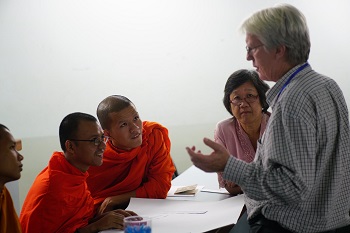 On September 21, 2016 the Institute of Religion, Culture & Peace hosted a large event celebrating the International Day of Peace established by the UN in 2002. As the program facilitator, it was my job to organize the event and see that it ran smoothly. The day began with 2 peacebuilding workshops facilitated by PhD in Peace Studies students Eva Mazharenko and Qamaruzzaman Amir. Eva’s workshop was for adults in the Chiang Mai community including 21 monks from Wat Suan Dok English Center and Qamaruzzaman’s workshop included groups from 4 local international high schools. Both workshops were centered on creating cultures of inclusive communities. 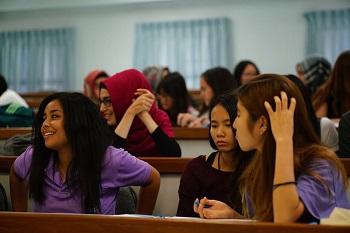 I was asked to help Qamaruzzaman facilitate the workshop for the high school students. There were many students that addressed issues of exclusion within their schools around gender and race. Many students experienced or witnessed emotional and physical bullying. The students gathered in groups with students from other schools to discuss their contexts. They all came back together with their own school groups to envision what they could do to be peacebuilders at their schools. The key ingredient in the discussion was imagination.

After the workshops the adults and high school students joined 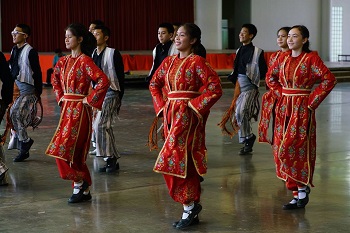 together to watch a peace dance performed by 24 students from Wichai Wittaya School. This is a local Thai/Turkish school that travels to spread peace through dancing, believing that the arts can change hearts. They performed a traditional Thai dance, a dance from Albania, and a contemporary peace dance. The dancers invited the audience to get up and dance with them, laughing and sharing space with people from around the world.

The evening was highlighted by a Peace Concert including the Thai students from Payap University’s Big Band and professional international peacebuilder and baritone Anthony Brown. Mr. Brown told many stories accompanied by songs sharing his 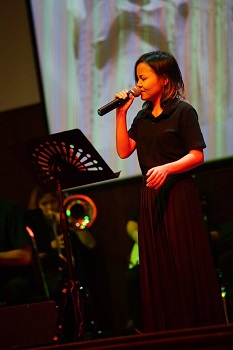 experiences doing the work of peacemaking around the globe with the Peacing It Together Foundation. Anthony Brown spoke of one trip he took to China in 2005. He was shocked by the hate within the hearts of the Chinese youth towards the Japanese people for killing so many Chinese in the 1930’s and 40’s. He said,

Overall the IRCP had about 120 participants from around the globe participating in peacebuilding on Sept. 21, 2016. The year before they had 4 people show up for their 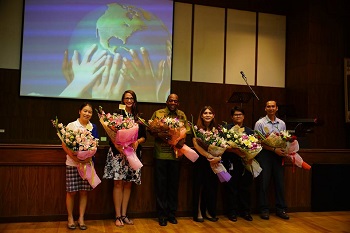 Peace Day Event. We marked the day as a success and continue to seek moments for growth and love within the Chiang Mai community and out into the world.

Kristin Wolf teaches English with the Church of Christ in Thailand (CCT). Her appointment is supported by Week of Compassion, Our Churches Wider Mission, Disciples Mission Fund and your special gifts.