Is Building Worth It?

Wending our way through the narrow streets of Bourj Hammoud (just outside Beirut) this week, my son and I stopped at the shop of a childhood friend of Maria’s. Usually when I pass by this fellow’s tiny workplace he’s busy at one of his sewing machines, assembling parts for shoes that are manufactured there.

Sometimes he’s so focused he doesn’t see me pass and I have to interrupt him to say “hello”. And then he takes a break from his task to offer me a cup of coffee so we can chat. This is how it has been for decades for the Armenians of Bourj Hammoud, known in Lebanon as an industrious working class of shoe manufacturers, leather workers, jewelers, shopkeepers and the like.

Today, however, my friend was sitting on a chair outside his shop in the stifling summer humidity, watching people coming and going. “How are you?” I ask. “How should I be? There’s no work.” And he went on to describe how bad the economy has gotten, so much that the piecework that used to sustain him has dried up. “Our Armenian schools are closing, your church building will close, too; we’ll be leaving all of our properties to others…” All I could do was listen in silence, because I had no magic formula to share, no guarantee to convince him that things will improve and a modicum of productivity and business would return. “All that’s left for us (Armenians) is the sea. Each day we’re drawing a little nearer to the sea… and then to other lands. It’s not worth building anything here. But thank God, I’m still healthy.”

“Not worth building anything”… yet wherever they have lived Armenians have been known as builders, appreciated even by their overlords, as they were the premiere architects of much of Ottoman Turkey’s most magnificent structures. Yet now, as then, they are also beleaguered in their adopted lands in the Middle East, along with so many indigenous Christian groups. And they imagine that across the sea things might fare better for them. But in those far-away lands, too, there is no magic formula or guarantee of success. Though a productive life might await them in those lands, but alongside that life will also await the well-worn path of dissolution into the dominant culture. 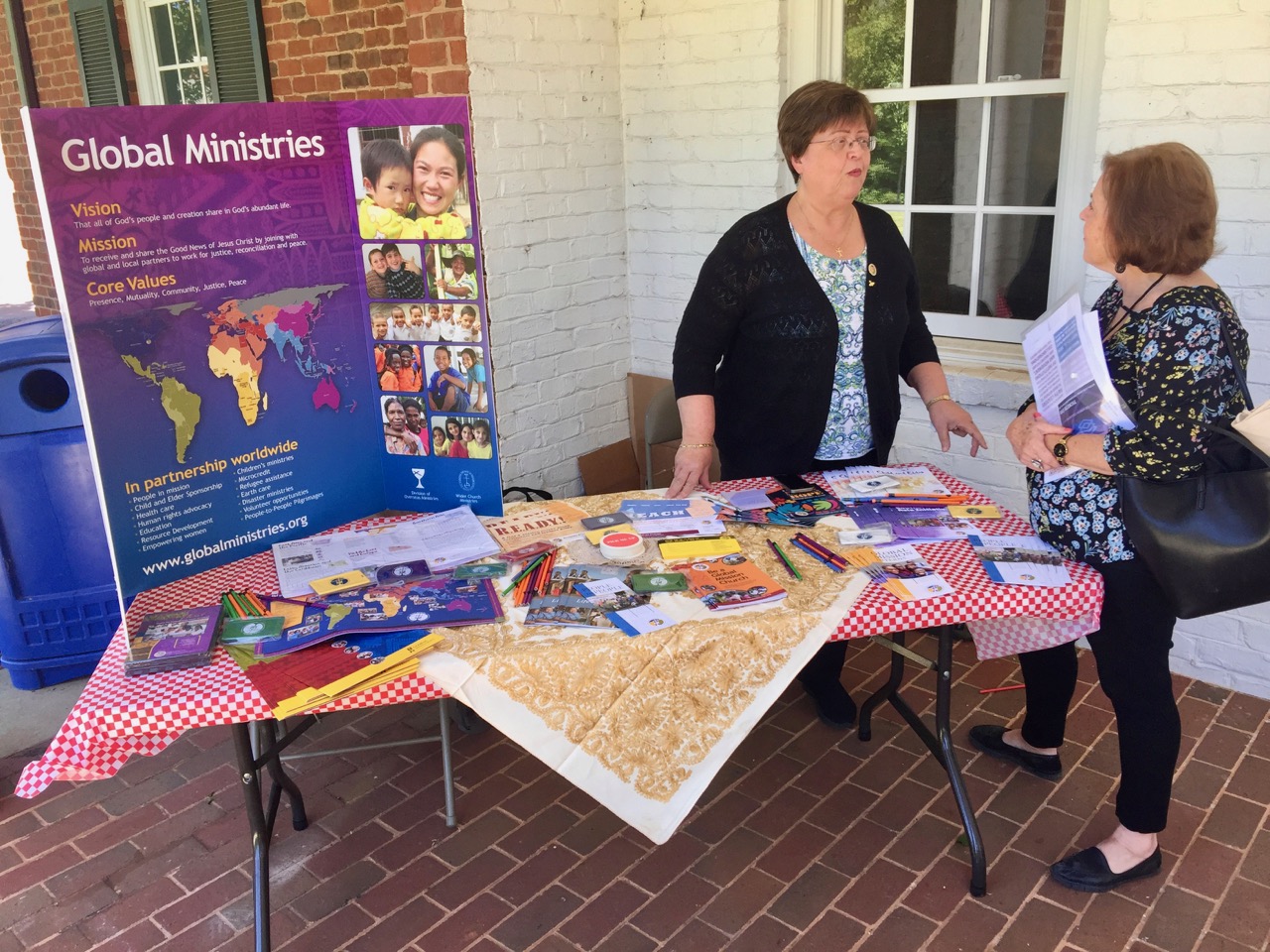 Each day something in the news reminds us of how much the Holy Lands seem to awaken the appetites of far-away countries (and some that are near) to stoke the flames of unholy war in these lands. To live and work here one must ask, “Is it worth it”? Is it worth the struggle to build your life and homes in the Middle East, to continue to worship as Christians and serve in Jesus’ name as a numerical minority, to press on with educating the younger generation in their faith and cultural heritage, to inculcate a sense of ownership of and belonging to that land?

As Maria and I toured various conferences in the U.S. in June on behalf of Global Ministries, we were tasked with presenting something of our work to the young and old of the churches that support us. It is a pleasant task to give others a glimpse into a world they might never visit, and establish a personal and specific connection with Global Ministries’ work in so many places in the world. From the Southern Conference of the UCC to the Alabama-NW Florida and Oklahoma Regions of the Christian Church (Disciples of Christ), we forged new friendships and invited especially the young people to consider spending a year or more in Christian service outside the confines of the U.S., and not only help others, but also gain a broader perspective on the role of their own country in world affairs.

Yet I struggled to convey the bigger picture, and how difficult it is to bring hope to ordinary folk who question the efforts they expend year after year for the simple things like having work or breathing clean air or paying their electric bills or planning ahead to their families’ future. “Is it worth it?” needs a direct answer, especially for the sake of young people here, who openly consider the wisest plan of action to be a plan to leave the country. 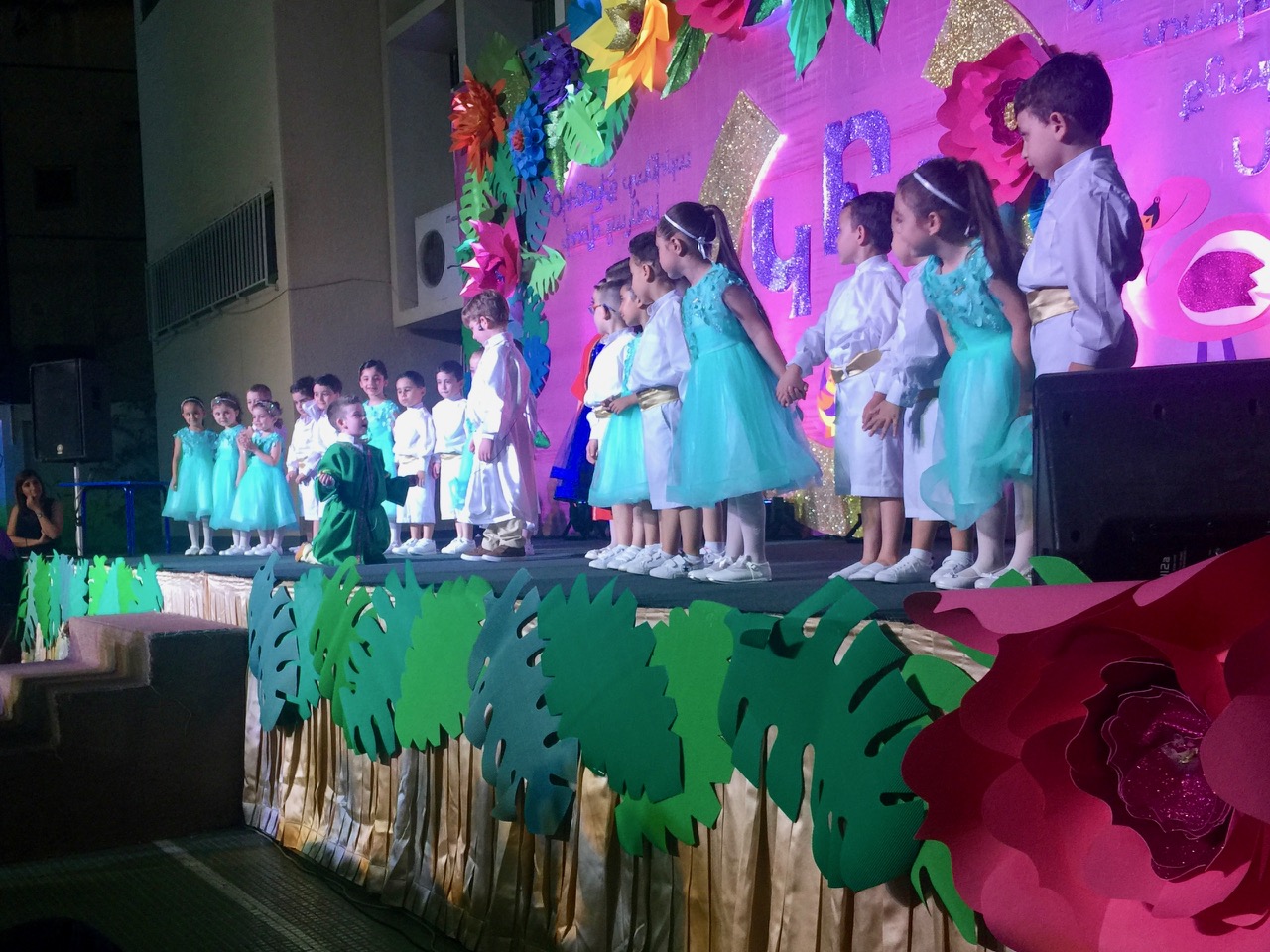 Is it worth it to give your time and energy to gather children off the streets into a church or social center for four to eight weeks for Vacation Bible School, as young people in the UAECNE churches do each summer in Syria, Lebanon, Greece and elsewhere? Is it worth it to develop long-range plans and international partnerships and scholarship funding to provide higher education to those of limited means, as Haigazian University does? Is it worth it to keep moving forward with renovation work and improvements in “KCHAG”, the Union’s conference grounds so that children can spend a week far from their crowded streets and closer to God? Is it worth it to invest material support to keep the church’s educational ministry going, as the Armenian Missionary Association of America does? Is it worth it for Global Ministries and AMAA to stand behind the Near East School of Theology To prepare leaders who are ready to serve Jesus Christ in their stressed-out home countries? What is the metric one should use to decide what is worth investing your life in, and what is not worth it?

“A sower went to sow his seed” and although he scattered much, and there were many obstacles, he scattered far and wide anyway, for the sake of the seed that fell in good soil. The parable is about hearts that are ready to receive the gospel, the Lord Jesus’ good news; but it is also about the faith of the sower. You invest your life in something you believe in, something that God points you to, and not just because it is safe. Yes, despite the myriad challenges, it is worth building here because God is the Master Builder, the Head of the harvest, and the Good Shepherd. We are the willing sowers, trusting the One who gives light – and rain – and soil in which to be grounded.

Nishan and Maria Bakalian serve with the Union of Armenian Evangelical Churches in Lebanon. Their appointment was made possible by your gifts to Disciples Mission Fund, Our Church’s Wider Mission, and your special gifts.