It is About Serving Our Neighbors: Addressing the Impact of Drought and Fires in Paraguay

Devastating wildfires have broken out across Paraguay, as drought and record high temperatures continue to exacerbate blazes across South America.  A total of 5,231 individual wildfires broke out across the country on October 1 – up 3,000 on the previous day. Most were concentrated in the arid Chaco region in the western part of the country, but thick yellow smoke had reached the capital, Asunción.  Paraguay’s outbreak came as the southern hemisphere heads into summer, and neighboring countries also face unprecedented wildfires.  See this link: https://www.theguardian.com/world/2020/oct/02/paraguay-wildfires-drought-heat. 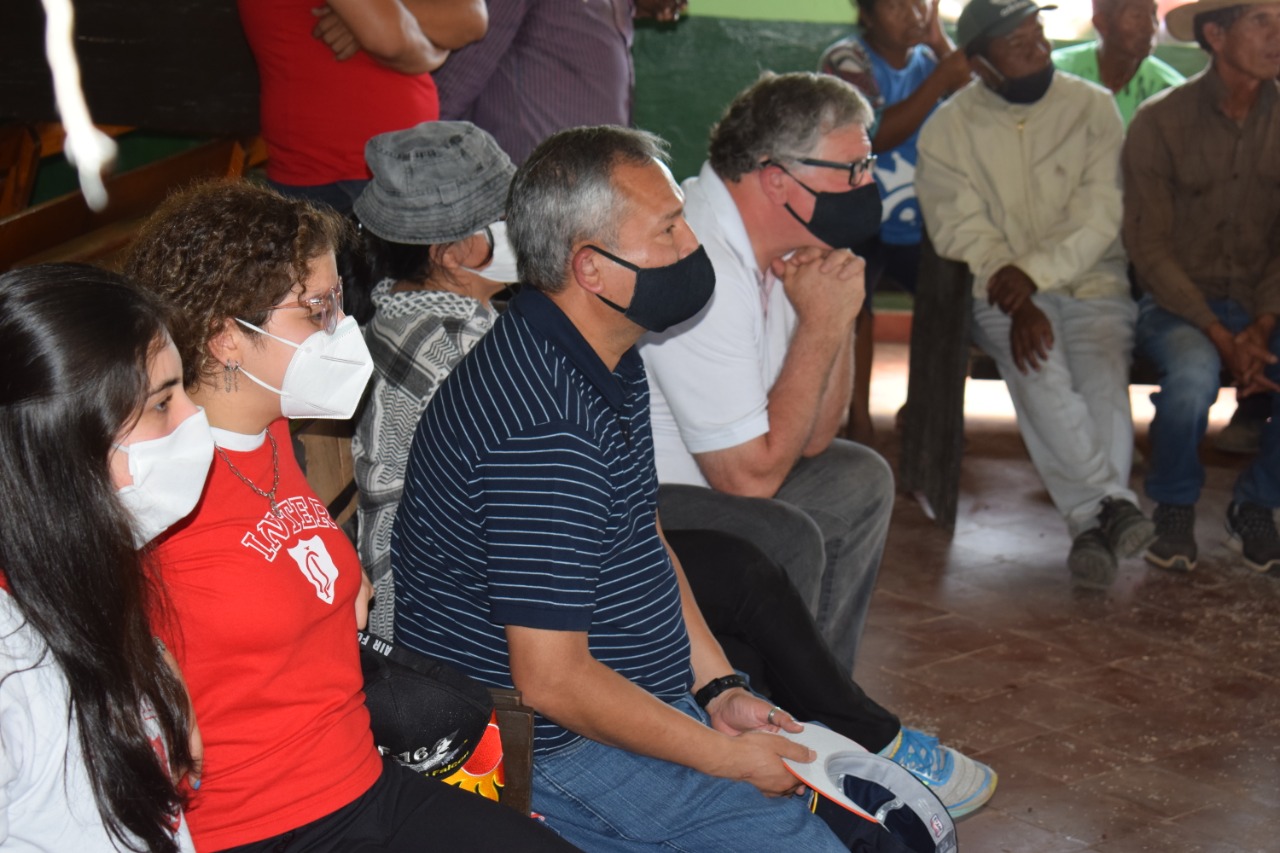 Two Global Ministries Partners in Paraguay, the Christian Church (Disciples of Christ) in Paraguay (CCDCPy, acronym in Spanish) and the Churches´Committee for Emergency Affairs (CIPAE, acronym in Spanish) joined efforts with a group of former students from a private school in Asunción to carry out a national collection of non-perishable food distributed by the National Emergency Secretariat, of the Paraguayan government.  The CCDCPy mobilized two of its most ministries in the country, “Colegio Internacional” (The International College, a CCDCPy´s sponsored school), and the Friendship Mission, to organize themselves as a solidarity team in less than 24 hours.  Students, alumni, parents, authorities of the said institutions, and CCDCPy were there to support the campaign and collect non-perishable food and water. Colegio Internacional put its personnel to receive, protect, and keep a count of what was acquired under a strict health protocol.

The assistance of CIPAE and Friendship Mission, and their experience of several years working with indigenous communities, was a key factor to better outline and define the aid proposal.  The team decided to contact known leaders from the Chaco Region.  The Reverend Cristóbal Mareco, Friendship Mission´s Executive Director, spoke with a leader of the indigenous community with whom he had a previous meeting to listen to him, learn about needs, and coordinate itinerary, among other matters. The organizations obtained an extensive list of families and indigenous organizations.   The school by then had received 1,400 food kits and 11,000 liters of water distributed in bottles and jerry cans.

The Reverend Roberto Martínez, CCDCPy´s President, shared his experience as part of the delegation that traveled to El Chaco:

“We decided to focus on 2 communities: “La Herencia” and “El Estribo.” Between the two communities, there were 1,466 families. How we could cover all of those families?  We communicated to the participating organizations that we needed more kits, and within hours of the notice, we completed what was necessary and even more, including toys for the children. Thus, on September 23 at 4 AM, we left for the Chaco, with a 5-hour trip.  We arrived at 9 AM with a temperature of 37 degrees Celsius of heat, with dry roads, crossing the arid and sad landscape through the kilometers of mountains destroyed by fire because of so much drought.

A truck from the National Institute of Rural Development, obtained through CIPAE, already preceded us with the most considerable load of food plus another provided by our school. We followed them with another shipment and three trucks carrying our human team. In the place, we entered several meters of the dirt road route until we made contact with the community, a very marginalized one. Still, with beautiful little houses and precarious latrines (the people there could be built the homes, not the bathrooms), but in that sense, they were better organized than other communities. We arrived at La Herencia, the first community, and we were received by its leaders and the people surrounding the meeting place. Between exchanging words, thanks, and so forth, we make sure that the kits have reached their destination.

Then we went to the 2nd community, El Estribo, a few more kilometers away. Many families waited for us since very early in the morning. I could see the fatigue from their looks and perhaps with the very high hopes that kept them firmly in the waiting. We meet in the temple, a large room for about 150 people, with fans and benches. They shared speeches and expressions of gratitude, along with their joys, pains, and needs. We stayed a little longer in this community, spoke with the leaders, young people, and the women; we played with the boys and girls and said goodbye until noon when hunger and thirst made themselves felt. We said goodbye with mixed feelings, as we knew that what we brought would serve them for a few weeks, perhaps a month.  Something that caught our attention, positively, was their request for training.  A leader from the community expressed the need for training or scholarships for students. He told us that they have a doctor from their community who studied and received his degree in Venezuela, but they don´t have supplies. Their most pressing needs are focused on Health and education.

We returned from visiting our indigenous brothers, and we headed towards our city, with the sun dyed red by the fires.  Undoubtedly, drought is hitting hard in El Chaco.  We are hopeful that this could be the beginning of many other encounters, dreaming that our solidarity with them could last, especially concerning training. We thank GOD for the opportunity to collaborate, and for so many solidarity hearts. It has been a relevant way to celebrate the 100 years of service of the Christian Church Disciples of Christ in Paraguay.  We celebrated our centennial by SERVING OUR NEIGHBORS.”