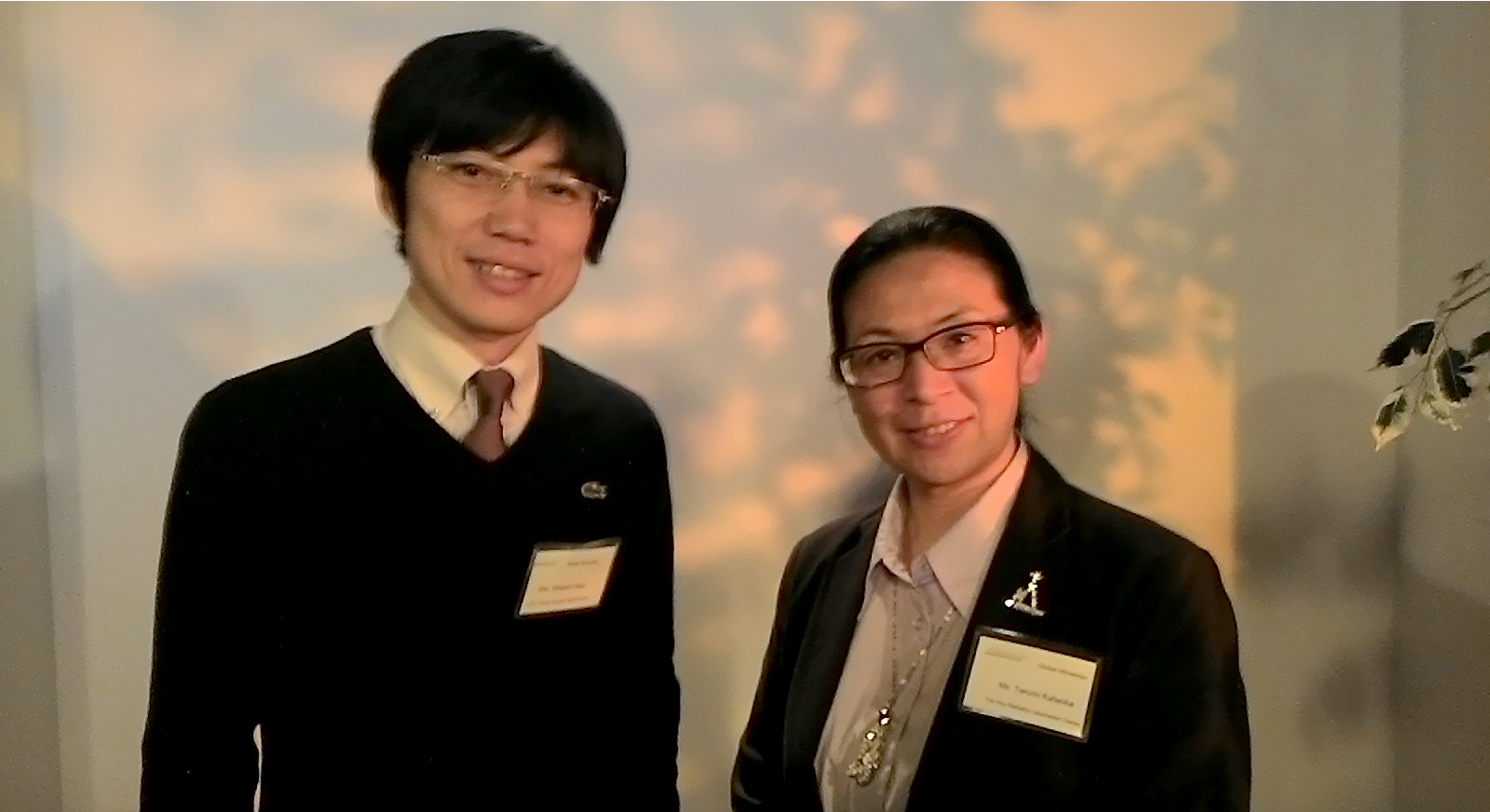 Obstacles overcome, obstacles that still lay ahead and hope for the future. Themes that are woven through the stories of two ministry partners visiting the United Church of Christ April 7, from Christian churches in Japan. The pair, in the United States to attend the upcoming Global Ministries board meeting, shared life experiences resulting from the triple disaster — the earthquake, tsunami and nuclear reactor meltdown — that struck that nation on March 11, 2011.

The response to that disaster from the people of the UCC and Christian Church (Disciples of Christ), whose overseas ministries make up Global Ministries, brought in more than one million dollars in donations in the last five years distributed to several partners in the region.

"We want to express our thanks to the United Church of Christ and the Common Global Ministries Board," said the Rev. Masashi Sato, coordinator of the United Church of Christ-Japan's Emmaus Relief Center. The center, established in 2001, was originally a Christian youth center before the scope of work after the disasters transformed it into an ecumenical community center for organizing and assistance.

The Emmaus Relief Center initially provided support for tsunami survivors and continues to assist people still living in shelters. With help from almost 8,000 volunteers in the last five years, the center focuses its work on putting lives back together after the earthquake and tsunami. Sato noted that the help of Global Ministries missionary Jeffrey Mensendiek's leadership at the center in 2011 helped coordinate a response effort "four days after the disaster. He connected us youth volunteers and with U.S. churches."

The Aizu Radiation Information Center and the Kyodan Nuclear Disaster Relief Task Force are two other projects of the United Church of Christ-Japan that support people, particularly children, affected by radiation exposure from the nuclear disaster. Both organizations provide medical counseling, free thyroid testing, information gathering, education about radiation, fresh-air retreats and advocacy for victims. Terumi Kataoka, director of the Aizu Radiation Info Center, believes that the Japanese government and the Tokyo Electric Power Company have masked the truth about high radiation levels and downplay the effects of nuclear meltdown.

"Knowing the truth after [March 11] is very scary, but we can see what we need to do next," she said. "We have peer counseling to share information with residents, and distribute safe food from remote regions of Japan to families… We have to create hope somehow together. Let's not give up thinking about the situation."