The southern island of Kyushu was shaken by an earthquake on April 14th (M 5.7) and then on the 16th with a Magnitude 7.3. The second earthquake caused considerable damage. To date 43 people have died and 100,000 people are evacuated from their homes, either staying in temporary shelters, or spending the night in their cars. Tremors continue. Only an hour and a half ago there was another 5.7 tremor. Heavy rain has also caused landslides. Railroad tracks and roads have been taken out. Emergency supplies are scarce in some shelters.

My friends from the Emmaus Center, and those who experienced the disaster in Sendai five years ago have already gone down to see what they can do. The local Kyushu District has just established their headquarters to address the needs of the people. The church is only beginning to mobilize. So is our university here in Kobe. 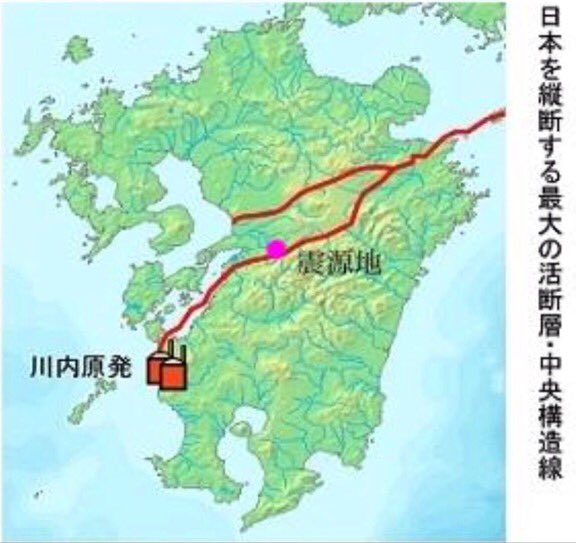 One characteristic of this series of earthquakes in Kyushu are that they are shallow, and they are happening right underneath where people live. In the picture you can see the fault lines, with a pink mark to show where the major earthquake happened. The damage at this point is very localized. However, notice how the fault lines go all the way down to the nuclear plants in Sendai city. The government has announced that they are not going to stop the nuclear plants, citing the fact that the plants have the ability to withstand much larger tremors. However, there are many people who would feel safe if the government were to call for the temporary halting of the plants.

With the tremors continuing everyday quite regularly, rescue efforts are slow. There are at least ten people who are unaccounted for.