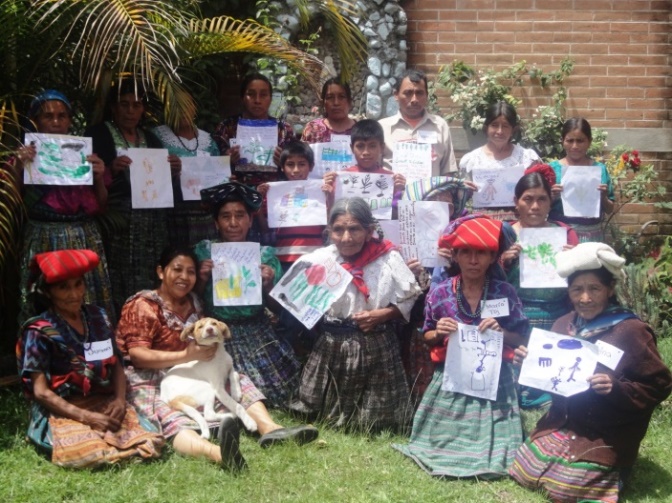 The National Coordinator of Widows of Guatemala (CONAVIGUA) is a Global Ministries partner. CONAVIGUA was founded in 1988 as a response to the suffering of women in rural areas amid the internal armed conflict of Guatemala. The widows of CONAVIGUA were women whose husbands, sons, and daughters had been either killed or had disappeared during Guatemala’s civil war. They organize to fight to alleviate and solve the most immediate and urgent needs of food, medicine, housing and clothing for our children and families.

In their current advocacy, they work to address several issues. Much of their advocacy is centered on making the Guatemalan government accountable for their actions. This includes demanding that the government assures the education of all children by offering economic support and school supplies when needed. They also demand that the government create laws of protection for widows and mothers, and ask that abuses of exploitation and sexual violence by soldiers, military commissioners, chiefs of civil patrols, and others are met with the full force of the law. Further, they ask the government to ensure that international aid falls into the correct hands, instead of the pockets of corrupt institutions and opportunists.

CONAVIGUA also works on a local level by developing projects that help Guatemalan women, particularly indigenous women of the countryside, in fostering community well-being and allowing opportunities for women to contribute to addressing societal problems. They also work heavily in exhumations of mass graves of victims of armed conflicts. They then offer dignified Christian burials that allow family and friends to honor those who have passed.

In all of this, they demand that their voice is heard and recognized in the political, economic, and social life of Guatemala as they advocate on behalf of those who are oppressed and marginalized.