Lessons on Human Rights in the Deep South of Thailand 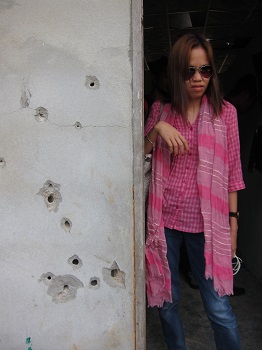 This year began like much of last year with a lot of traveling. Shortly after the new year began, I flew to the Cambodian city of Siem Reap in January for a meeting of the working committee of Interfaith Cooperation Forum (ICF) to review last year’s work and to make plans for 2015.  A few weeks later I was facilitating a human rights workshop in February in southern Thailand for almost 20 of our School of Peace (SOP) alumni and others in Southeast Asia from Cambodia, East Timor, Indonesia, Laos, the Philippines and the host country. The February workshop was the first time that the SOP alumni that have been training since September 2012 to be human rights resource people conducted part of the program with me.  They did a great job of sharing the knowledge they have attained as well as insights gained from their experiences of living and working in Sri Lanka and the Philippines—countries that have witnessed decades of human rights violations. 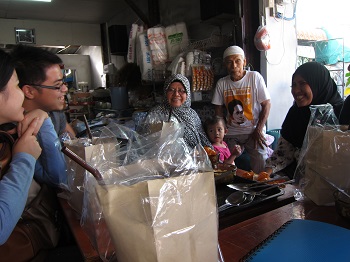 The overall thrust of the program in Thailand was to give the participants a clear understanding of what are people’s rights and to share the values embedded in the various faiths of Asia that form the foundation of human rights—a reverence for life, the equality of all people, non-violent responses to issues, and compassion and justice as threads connecting our human relationships in society. We also discussed the obstacles that impede people’s enjoyment of their rights, such as a lack of political will to prevent and prosecute human rights violations, corruption, impunity and weak institutions.  Lastly we offered some ways to educate people about their rights and to respond when there are human rights violations.

The workshop was held in Thailand in what is referred to as the Deep South, an area where shootings and bomb attacks have taken place regularly since 2004, resulting in the imposition of martial law for more than 10 years in this part of the country that allows the army and police, among other things, to arrest people without a warrant and lacks any safeguards against torture. While no group has claimed responsibility for the violence—an unusual phenomenon that obscures the political intention behind the violence—it is widely assumed that the attackers seek to become part of neighboring Malaysia where the people of the Thai provinces of Pattani, Yala and Narathiwat Provinces have more in common—language, culture and the Islamic faith—than they do with others in the rest of this predominantly Buddhist country. Naturally, in such an environment, human rights are also a victim of the violence.

It was because of the prevalence of human rights abuses in this region of Thailand that it was chosen to host the workshop as it afforded an opportunity to learn more about the problems in the Deep South.  These problems receive little media coverage outside of the country and, for the participants, participants gained a better understanding of human rights and how Thai human rights groups there respond to human rights violations.

As part of the workshop, we had a one-day field visit to meet with the staff of two local human rights organizations.  One group is led by SOP alumni Zahari Bin Ishak and uses online videos to document issues in the area.  The other is led by a woman who launched her organization and began learning about the justice system and started assisting prisoners and the families of victims after her brother-in law was unjustly arrested in her eyes. We also met a local imam whose son was arrested three days earlier during an incident in which about 100 soldiers surrounded a nearby shop and fatally shot a wanted man they were following when he attempted to go out the back door. Throughout our visits, we constantly heard that torture is an overriding human rights concern in the Deep South.

Another reason for holding our program in the Deep South is that one of our SOP alumni, Muhamad Anwar, is imprisoned for allegedly belonging to a separatist organization. When he attended SOP in 2010 in India, he had already been convicted and sentenced to 12 years in prison in his first trial in 2007 and had served one year in prison. During a hearing before the Court of Appeal in 2009, however, he was cleared of all charges and released because of a lack of evidence. His wife Romuelah Saeyeh, who is also a 2010 SOP alumni member and participant in our human rights workshop, said that the only evidence against him was that he had talked about the issues in the Deep South in a coffee shop and that he had been seen exercising in a public park, supposedly indicating that he was preparing to be a fighter. However, theHow    Supreme Court of Thailand reinstated the original court’s verdict and sentence in 2013 without offering any reasons. While in prison, he has also been accused of killing a Buddhist monk, raising additional questions about the competency of the Thai justice system and further supporting the claims of Anwar and Romuelah that he is innocent. As in most cases like Anwar’s, injustice only intensifies people’s determination to one day experience and savor the joy of justice.

Bruce Van Voorhis serves as missionary with the Asia and Pacific Alliance of YMCA’s in Hong Kong.  He serves as the Coordinator for Interfaith Programs. His appointment is made possible by your gifts to Disciples' Mission Fund, Our Churches Wider Mission, and your special gifts.