I often try to describe the work that the Forum for Development, Culture, and Dialogue (FDCD) is doing in Beirut, the Middle East, and the wider Arab World, and it’s difficult to find the right way to do it. That’s not because FDCD, a Global Ministries partner, isn’t doing enough. In fact, it’s because FDCD is so involved in many different areas, working hard to fulfill its vision “to reach an enlightened Arab World, where political views, ethnicities, and religions are incorporated into a richly diverse culture of peace and dialogue, respecting and promoting the human rights of all citizens.” 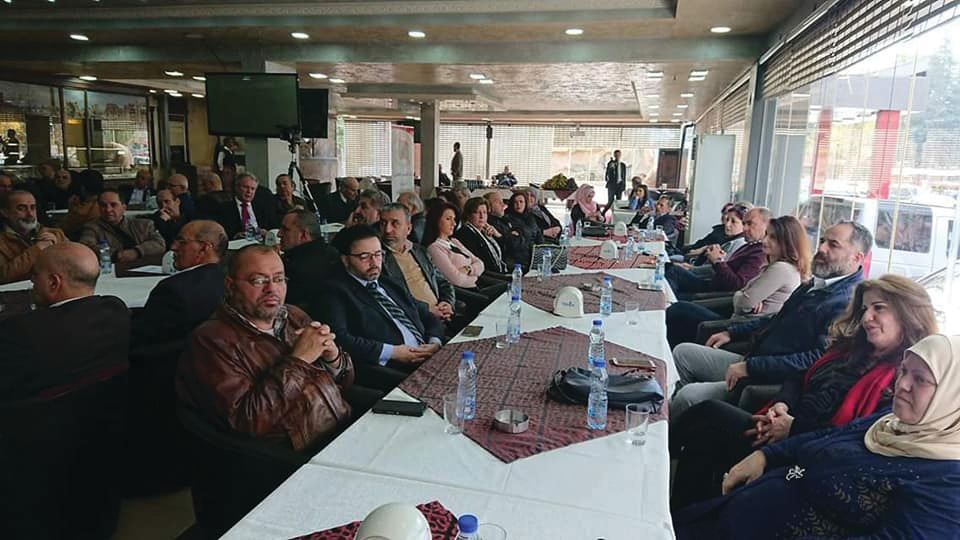 This vision has directed FDCD to efforts in dialogue, conflict resolution, and reconciliation within Arab countries as well as Europe. For example, FDCD has conducted mediation efforts between Syrian leaders, organizing meetings sponsored by the Swiss Government. It has also pushed FDCD, under the leadership of Rev. Dr. Riad Jarjour, to engage in humanitarian relief efforts. Most recently, that has occurred in Syria, where basic human rights were threatened by widespread violence, poverty, hunger, and displacement. Since the outbreak of the war, FDCD has distributed aid in the form of food, hygiene kits, blankets, and heaters to thousands of Syrian families, helping sustain them through eight years of war. In this way, FDCD addresses multiple dimensions of conflict. Global Ministries has played a significant role in allowing FDCD to do so, funding winterization and emergency response programs to help Syrians deal with emerging challenges.

So, when I try to explain FDCD’s work, I usually say, “About half the work is social, forging understanding between different groups to prevent conflict and address tensions from the past, and the other half is humanitarian, helping Syrians maintain livable standards through years of violence.” Since arriving at FDCD in September 2018, I have been assisting FDCD staff who work in both areas, and I feel very fortunate to have gained a better understanding of both dialogue and aid work.

In Fall 2018, FDCD implemented projects that address some of the challenges facing this region today. FDCD organized an interregional conference in Jordan at the beginning of November. The conference was attended by many Arab religious leaders as well as representatives from Denmark. The topics were wide-ranging but focused on such issues as dialogue in the public sphere, civil citizenship, preventing extremism, and the economy. At the conclusion, the participants, although differing in many perspectives, had developed many ideas for moving forward in the region, urging collaboration across religious and ethnic divides to confront common challenges. The highlight of the conference was, undoubtedly, the patronage and attendance of His Royal Highness Prince Hassan bin Talal of Jordan. He shared his wisdom in matters of dialogue and citizenship and encouraged participants to continue their mutual efforts in their local communities.

Also in November, FDCD finished the second phase of a peacebuilding project. While the first phase focused on training activists to build social cohesion in their communities, this phase trained journalists from Lebanon and Syria to use their work as a means of achieving peace. This is a technique called “Peace Journalism.” The program was very successful, training 25 journalists and reaching over 600 people in total. The initiatives included further trainings for journalists in Tartous and Aleppo, Syria. These trainings were followed by community outreach in which murals were painted on a seaside wall in Tartous, bringing together hundreds of Syrians in the collaborative event. Another initiative took place in Baalbek, Lebanon, and gathered prominent journalists to formulate a strategy to promote peace in the community. This initiative concluded with a ceremony in which participants agreed to a code of conduct for journalism in the area.

Simultaneous to all of this, FDCD delivered food packages to over 5000 families per month in western Syria. Although my own involvement in this project is limited, I am always inspired when I see the figures, knowing that FDCD is providing for basic needs that for many would otherwise go unnoticed. When talking to families that received assistance, FDCD heard many stories of hardship, as families were forced to move from one place to another with little time to prepare. Some families had experienced four or five separate displacements. But many families also reported positive news, some saying that the money they had saved by receiving food packages allowed them to enroll children in school once more. While the needs remain great in Syria, we are encouraged to know how many families have been sustained by FDCD’s efforts. 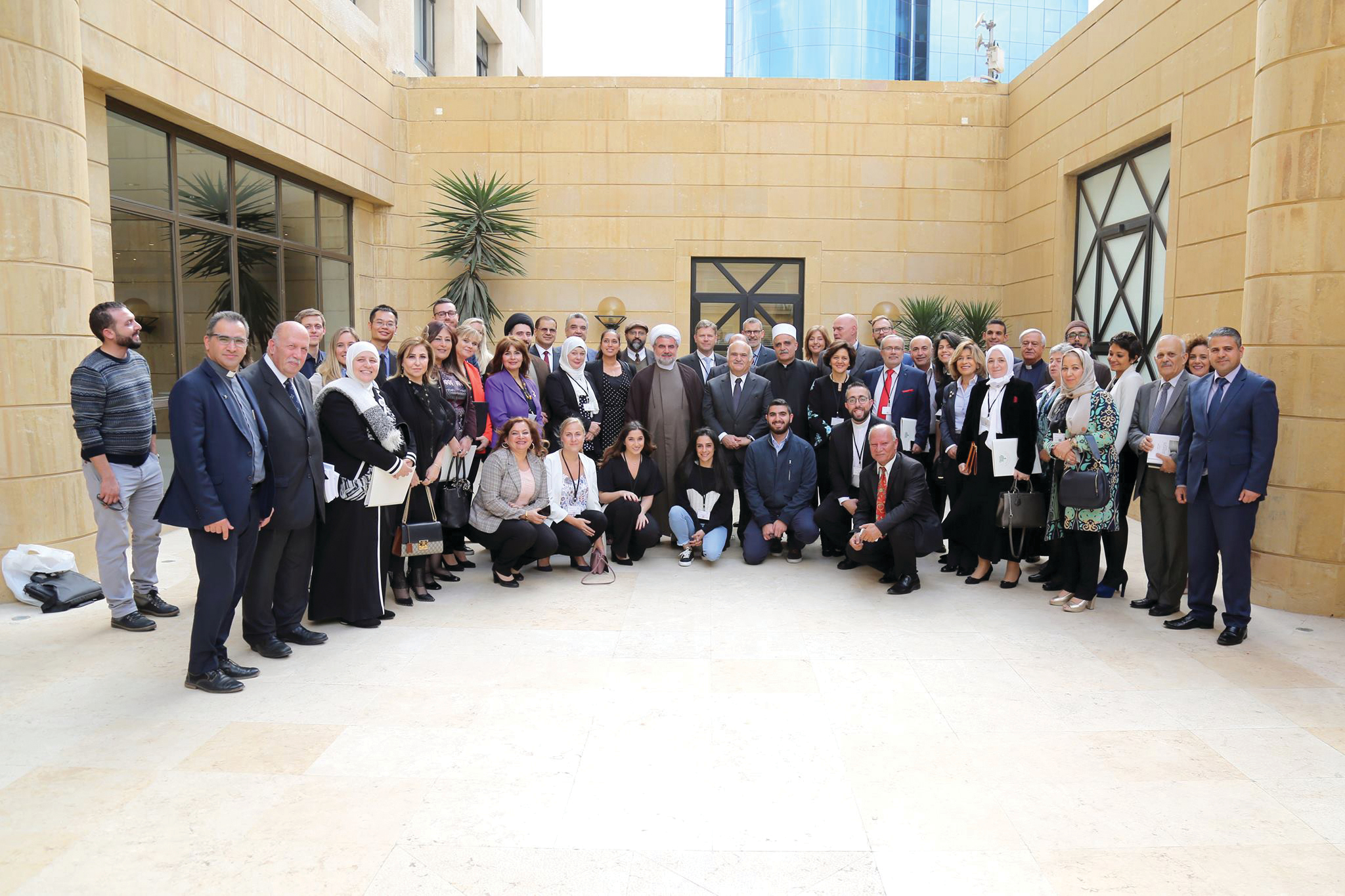 Finally, FDCD partnered with Global Ministries to assist Syrians during the harsh winter months. FDCD conducted the project in the areas of Aleppo, Hama, and rural Damascus. In total, over 1000 families received assistance, as FDCD distributed 500 sets of children’s clothes, 400 blankets, and 200 heaters. Families, and children in particular, were very grateful to Global Ministries, asking FDCD to convey the hope they received from the support. Without this assistance, it is very difficult for these children to sleep, and attending school is almost impossible. The positive effects of Global Ministries’ funding reach far beyond the immediate comforts it provides.

Thank you to everyone who has supported my work and the work of FDCD, financially, prayerfully, and otherwise. I am so grateful that I can go to work each day, on behalf of Global Ministries, knowing that your support is making a real difference in this region. Although it sometimes appears that there is little hope for change, my experience here has shown me that there are dedicated and talented individuals and organizations who have made lasting impacts and, quite literally, saved lives. Thank you for choosing to be a part of this mission.

Benjamin Drolet serves with the Forum for Development, Culture, and Dialogue (FDCD) in Lebanon. His appointment is made possible by your gifts to Disciples Mission Fund, Our Church’s Wider Mission, WOC, OGHS, and your special gifts.