Protesting. Rioting. Marching. Walking. Those words can conjure any number of images to mind. In Haiti, they are called manifestasyons (“manifestations.”) The Haitian people are no strangers to voicing the injustices they’ve been subjected to over hundreds of years; today is no different.

How do they protest? 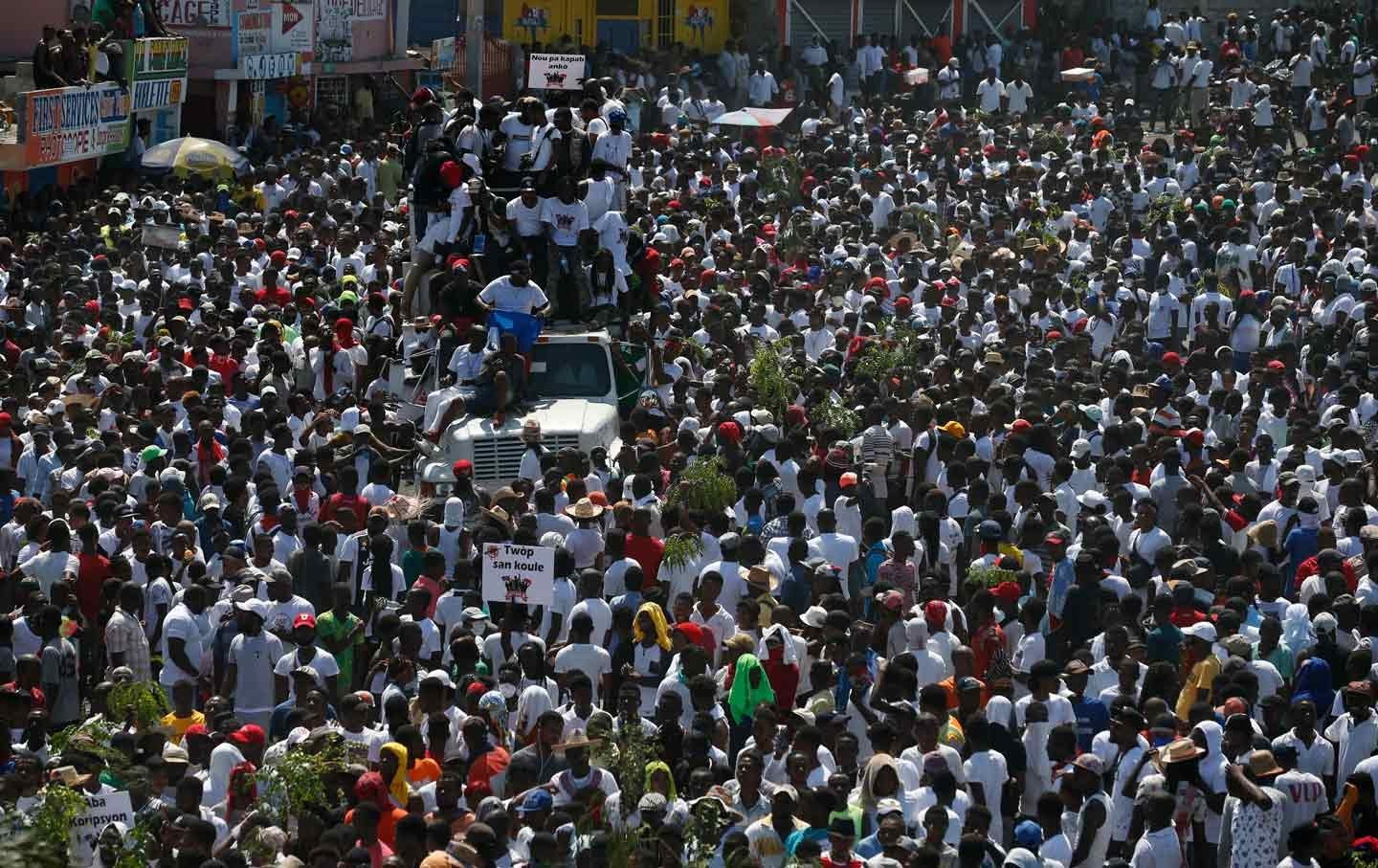 Many of the protests throughout the country are peaceful marches. Local churches will plan a march, for example. These are very much like marches we have in the USA for occasions such as Martin Luther King, Jr. Day or the Poor Peoples Campaign.  Once gathered, community members of all ages fill the roadways and sidewalks as they walk slowly toward their destination. Their voices will be raised in unison singing hymns, chanting nou pap domi (we will not sleep), and waving handmade signs and branches in the air. The branches signify peace - they are a peaceful manifestasyon. Do not mistake their peacefulness for weakness or placidity, though. Haitians demand to be heard and command attention.

Some of the protests can be more dangerous. These are the ones on which the media loves to focus. They are planned with distributed announcements throughout the country via WhatsApp and Facebook, and opposing powers will rally the young and angry together. They will pay young men to create roadblocks to disrupt commerce and life in the community.

To create a roadblock in Haiti, one must be creative. They can be constructed of large chunks of broken concrete, broken down vehicles or vehicle parts, large and small branches, and old tires that make billowing fires. Really, anything nearby to make a road impassable for most vehicles can be used. Motorbikes can usually scoot through on a sidewalk or a slim opening in the roadblock, like a football receiver making his way through the defenders, but cars cannot get through.

Why are Haitians protesting?

Two reasons for the intensity and seeming endlessness of the protests are anger and hope. 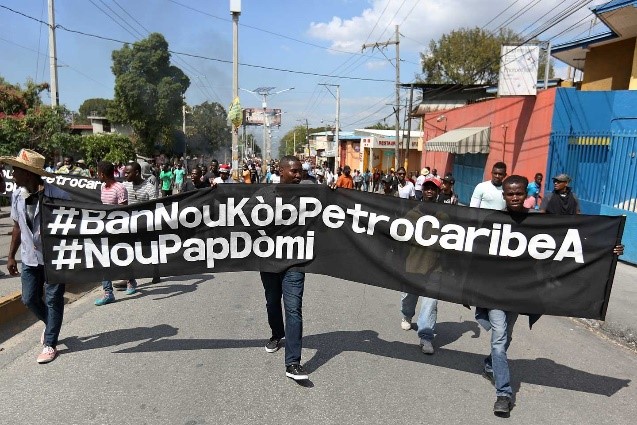 For more than 15 years, the entire population has been left to deal with life without infrastructure, order, or a foreseeable future. Some of the protesters have never had a reliable way of life.

A major factor in the current state of Haiti is the result of the PetroCaribe program. The government was supposed to use the almost 4 billion dollars raised to fund infrastructure and healthcare projects. They claimed to have funded 400 such projects. However, the sun-washed sign outside the landfill that promises a new park by August of 2017 says otherwise.

The missing funds and blatant corruption didn’t spark these protests until after summer 2018, when inflation was up, the goude (Haitian currency) was down, and the government tried to sneak exorbitant fuel taxes during a Brazil football match (Haiti’s favorite football club who happened to lose that game). Gilbert Mirambeau, a Haitian videographer living in Canada, Tweeted his frustration at the economic situation with a photo of himself, blindfolded, asking, “Where is the PetroCaribe money?” President Moïse has denied any wrongdoing and stated that he will not step down, despite the ongoing protests. He is still currently serving in office. 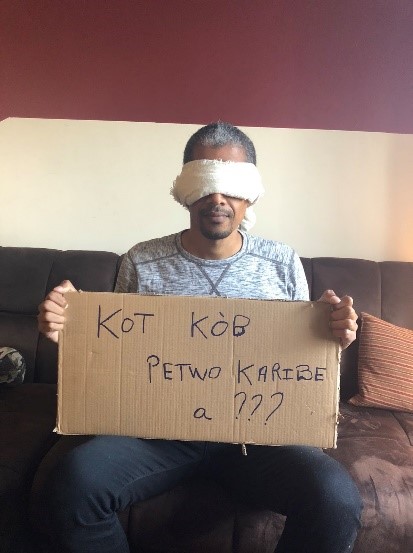 People believe or wish that there might be a different vision for this magical, lush, tropical green land that now is destitute, deforested, and continually beaten down by human and climatic systems.

Meanwhile, families have already paid their school fees this year, but because of the protests and the lack of gas, they haven’t been able to send their kids to school. The children are threatened by the bandits. For some schools that have opened, the children go without their school uniforms on (as not to draw attention to themselves). Education is a privilege that few can afford or afford to miss.

In a world without fuel and jobs, there’s nothing to do except protest. Each week, the protests continue. The people you see out there are not thoughtless, and they’re not simply angry. Nothing is random in Haiti. There are many reasons for all that is happening in the country, and not one is simple. This is a rejection of a long-standing system. Their ancestors rejected the chains of slavery and had a passionate dream to achieve Haiti’s destiny. Haitians want Haiti to be all she should and can be.

Michelle McKay serves with the National Spiritual Council of Churches of Haiti (CONASPEH). Her appointment is made possible by gifts to Disciples Mission Fund, Our Church’s Wider Mission, and your special gifts.

Make a gift that supports the work of Michelle McKay