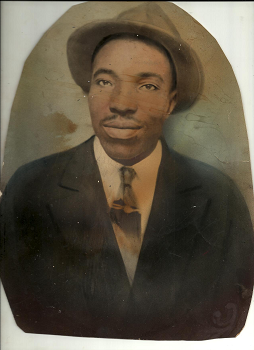 I can’t help but laugh when I think about some of the sayings of my father when I was growing up. My father, Charlie Byrd was educated up to the third grade. He was the son of a Baptist Minister, born and raised in the Southern part of the USA, and lived through the great depression. My dad often said things that had depth but I totally missed the wisdom because of my youth. Some of the things he said sounded so funny.  When he walked into the house after his usual greetings he would exclaim “my justice.”  What was he talking about? My mother’s usual response was “I made ____ ____ for dinner “or” The children and I already had dinner but the food is still warm you can fix your own plate.” I understood at an early age that “my justice” according to the “gospel” of Charlie Byrd meant what’s for dinner.  This Charlie Byrd mantra of “My justice” has followed me into my adult life but my understanding of what my father was asking for is no longer comical but a deep reality. 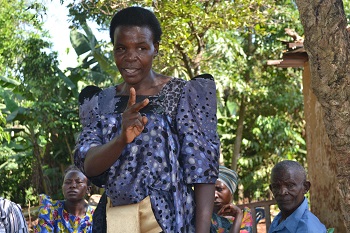 Charlie Byrd’s proclamation of “MY Justice” seems ironic to me. I serve on a continent were hunger and famine is a daily reality caused by many complex factors.  While Charlie Byrd is no longer with us I still hear his call for “my Justice” the only difference is the “my” is now “our justice”  and it comes from many of the people we work with at the Organization of African Instituted Churches (OAIC) in both the urban and rural settings, in countries across Africa.  The good news is that we can see hope in the improvement in food security in areas where we have set up demonstration farms in communities. These model farms assist the community to improve their harvest, storage of food crops, as well as, work with young people in the community to get them interested in agricultural farming.

I heard “our justice” from Annette, a woman in Uganda as she told a team from the OAIC International office with tears of excitement streaming down her face “food is educating our children.” 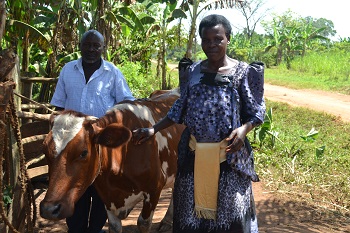 Annette received assistance from the OAIC to set up a demonstration farm in her community in Uganda. She was trained and given cassava to plant.  Annette’s cassava farm became a transformational catalyst for her family and the community. Because of her improved income, Annette and her husband were able to educate their children and contribute to their daughter’s tuition in University. Their daughter will be the first generation educated up to University level. Annette said that her other three children will follow after their sister to University.

Annette was also able to buy four cows with their income from the cassava they grew. The nutrition of the family has improved and they are able to sell cassava and milk from the cows to the community.   Annette has also started a group in her community called “Gema ku mwino” this means “Hold your friends hand” in the Busoga language from Uganda. The group was formed to teach others in the community about farming practices, nutrition and technical support. As a result, the quality of life, health and livelihood of men, women and child have improved. The community farms with passion because they refuse to see hunger as normal. 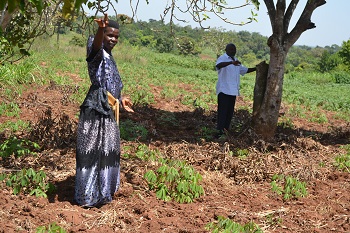 Charlie Byrd’s call for “My justice” became part of my spiritual destiny. It has taught me that the injustice of food insecurity in the world is partly caused by poverty. This leads to malnutrition, poor child development as pregnant mother’s go hungry, war and civil strife. Annette reminds us that we cannot rest in the satisfaction that I am ok, my family is well, as long as millions around the world are food insecure. We must “gema ku mwino.”

Rev. Phyllis Byrd serves with the Organization of African Instituted Churches as the Director for the Just Communities Program. Her appointment is made possible by your gifts to Disciples Mission Fund, Our Churches Wider Mission, and your special gifts.