Myanmar and the Dilemma of Christian Witness 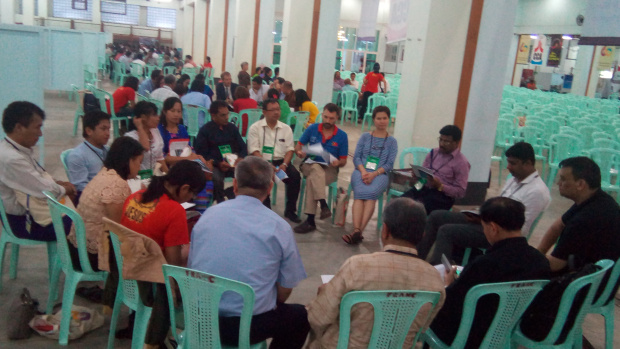 I found out that I’d be accompanying my colleagues from IPTL in August.  I didn’t know much about Myanmar so I started reading as much as I could. And then on August 25th the Myanmar government began its military campaign against the Rohingya people of Rakhine State. And now the whole world is talking about what is happening in Myanmar.

From its inception, the CCA has been a voice for justice in Asia. Its diverse member churches know that because Asia is home to all the world’s major religious traditions, peace among religions is critical. Hence, CCA has addressed issues of justice and peace common to all Asian people regardless of religious affiliation.

The theme of the Asia Mission Conference 2017 was “Prophetic Witness to the Truth and Light in Asia.” This theme was explored through presentations and small group reflections.  We discussed what it means to be a “prophetic witness” on issues like migration, human trafficking, economic justice, interfaith harmony, environmental concerns and peace building.

Based on that kind of content, I assumed the Rohingya issue would at least be a topic of discussion. Myanmar is a majority Buddhist country and the Rohingya people are Muslim. I thought that on the occasion of this multi-national gathering of Christian leaders, a statement of some kind responding to this international crisis would be issued.

I was wrong. In a 5-day conference focused on the Church’s call to be a “prophetic witness,” on a whole host of justice and peace issues, the Rohingya issue was hardly discussed. After a day or so this seemed like an elephant in the room. I started asking my Myanmar colleagues about it. We discussed it in our small groups and daily Bible reflections. What I discovered is that most people from Myanmar, including Christians, supportted their government’s actions in Rakhine state. Indeed the Rohingya (they are called Bengali by most Myanmar people) are accused of various things including efforts to secure Rakhine State for the implementation of Sharia law, rejecting the Myanmar government’s offer of citizenship, armed insurgency and terrorism.

Silence on the Rohingya Issue 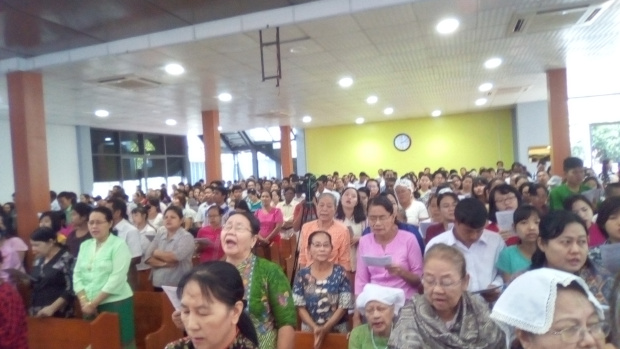 It seemed clear to me that people in Myanmar are getting different information about the Rohingya situation than what the rest of the world is reading from day-to-day.  Indeed from virtually everything I’ve read, it’s a horrific situation involving two parties with vastly disproportionate resources.  Yet the Myanmar Christian community, and at the time of the conference the CCA, had nothing to say on this issue. I found this really troubling.  The theme of the conference was on “prophetic witness” and the whole world is now talking about Myanmar. Yet here we were, an ecumenical gathering of church leaders concerned with issues of justice and peace and we weren’t talking about it.

After reflecting on it for a few days, a few thoughts come to mind. First, Myanmar is a new democracy and although it has a civilian government, a lot of power is still in the hands of the military.  The Myanmar Baptist Convention hosted the Asian Mission Conference and it was the first time such a thing has been allowed in Buddhist-majority Myanmar. Thus, voicing opposition to a government policy that has the support of the average Myanmar citizen, not to mention the government and military, might have had serious consequences for Christians in Myanmar.

Second, it would be easy for foreigners to go to Myanmar and express their moral outrage at this situation with a bold statement of “prophetic witness” against what some people are justifiably calling a genocide – and then get on an airplane and leave. Such an act of “speaking truth to power” might be a feel-good response for those visiting, but it would leave the Myanmar Christian community to face any consequences that might result from such a statement — alone.

A quick anecdote: on day three of the conference I was approached by a young pastor from Pakistan. He introduced himself and when he found out I was from the United States wanted to tell me a story. He said, “I want you tell your people back home that when someone burnt a pile of Korans in America, Christians in Pakistan got killed.” He went on to share the same story about when a European artist drew a caricature of the prophet Mohammed. “Christians in Pakistan got killed.” He said it several times, apparently wanting to make sure I got the point.  I did.

Thirdly, it appears that in Myanmar’s Christian community, the notion of public theology has yet to emerge. What I mean by public theology is simply looking at social issue in light of our faith.  It would seem that in Myanmar, like in most American churches, religion is primarily for the edification of one’s personal life.  By saying this I don’t mean to marginalize the transformative aspects of Christian piety & spirituality of the Christian communities in Myanmar. Indeed, we in the West have a lot to learn from our Asian church partners when it comes to faith. It’s simply a reminder that public theology, like thoughtful social analysis, is something that has to be learned. And as several presenters reminded us, theology in the postcolonial world has to be de-colonized in order for that to happen.

Overall the Asia Mission Conference was a great experience.  The most helpful aspect for me was the opportunity to reflect on why it’s important for Asian churches to develop a “postcolonial” theology.  Here in Myanmar, as well as my context of Timor-Leste, the church is steeped in a Western, colonial mindset when it comes to theology and ministry.  This is understandable given the historic roots of churches in Asia.  But it’s also part of what accounts for the silence of the Myanmar Christian community on the Rohingya issue.  The theology brought to Asia by many early missionaries often focused on the salvation of the individual and not much on the social implications of the gospel.  And that’s why virtually every presenter confronted us with the need to “de-colonize” theology and ministry for the modern Asian context.  Practically, “de-colonizing” theology means re-reading the Bible in our own, local context without the presuppositions of Western doctrine.  It  means constructing theology based on the experience of local people and global events in light of the biblical narrative rather than clinging to abstract ideas from centuries past developed in a culture very different from Asia.  But it’s not reinventing the wheel.  It’s simply learning what the timeless truths of the gospel mean in the Asian context today.

Tom and Monica Liddle serve with the Protestant Church of East Timor. Their appointment is made possible by your gifts to Disciples Mission Fund, Our Church’s Wider Mission, and your special gifts.