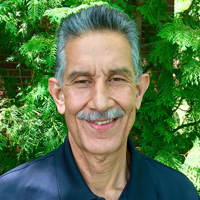 We are hard pressed on every side, but not crushed; perplexed, but not in despair; persecuted, but not abandoned; struck down, but not destroyed. 2 Corinthians 4:8-9

I traveled from San Salvador, the capital of El Salvador, to Managua, Nicaragua by bus. As we arrived at the Salvadoran side of the border with Honduras, a police officer entered the bus to make a check. I was focused on writing in my diary and did not pay attention. I think that made him suspicious and I was asked to dismount the bus for a check. I got off the bus, picked up my suitcase, and went to an office where three policemen started interrogating me about who I was and what I do. I told them that I am a missionary and pastor. Checking my luggage, they found my prayer cards that corroborated what I was saying. After a while, I was released and I left very angry about their rude treatment.

Despite the fact that I passed the test, the incident continued to irritate me. Back in El Salvador, I learned that Charlie, a young boy whose best friend disappeared, lived terrified by gangs. One gang accused him of handing his friend over to the opposite gang, and the other gang chased him for introducing his friend into their territory. Both gangs threatened him with death. He could not endure more and chose to migrate without documents to the north and then to the United States. He told me that he hopes to find his mother and that he spent a long time in Mexico and California.

In this young boy I see all travelers like him. I was legal on the bus, and I was treated poorly. He is traveling without documents. He will not be treated the same way I was; they will not be considerate. He is exposing himself to assault, extortion, and kidnapping as he flees violence, looking for safety.

Ricardo Mayol serves with the Ecumenical Christian Council of Guatemala (Consejo Ecuménico Cristiano de Guatemala – CECG). His appointment is made possible by your gifts to Disciples Mission Fund, Our Church’s Wider Mission, and your special gifts.