The world of communications in which I work has changed dramatically in the digital age. Getting your message out has never been easier due to the proliferation of technology. At the same time, getting your message heard has gotten increasingly difficult with so many options for the audience. Fortunately, with digital technology, saving messages for posterity has become an everyday reality. 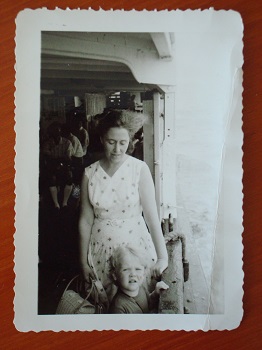 The world of communications in which I work has changed dramatically in the digital age. Getting your message out has never been easier due to the proliferation of technology. At the same time, getting your message heard has gotten increasingly difficult with so many options for the audience. Fortunately, with digital technology, saving messages for posterity has become an everyday reality.

Saving messages for posterity came to my mind when I received an email from a Methodist missionary now retired in Hong Kong. He asked if by chance our studio might have copies of radio programs by speakers from the 1960s and 70s. The reason was one of the speakers from that era had recently died in the U.K. at age 91. Her daughter Anne was looking for copies of anything relating to her parents – Dennis and Joan Rogers – knowing that both had been involved in religious broadcasting during their service in Hong Kong.

As it turned out, we didn’t have anything from that time period. All recordings on reel-to-reel audio tape were long gone. However, I remembered a book that was published in the early ‘90s called “Thought for the Day.” It had 365 meditations based on radio programs of the same name aired on the public broadcasting station RTHK. Would any of her parents’ thoughts be saved there?

I was delighted to find several beautiful poems by her mother.  I sent them to Anne via email. She replied that some she had seen before, but some were new to her. It was a special gift to both of us to be able to connect across the miles through the radio ministry. Her father was a well-known and beloved minister of Union Church, whose legacy in Hong Kong remained despite his early death. Her mother was a gifted writer – one of her poems is in the archives of Canterbury Cathedral. After her husband’s passing, Joan Rogers later remarried to Bishop Gilbert Baker, the Anglican bishop of Hong Kong from 1966-1980. 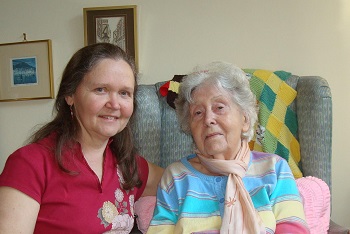 The family has given me permission to share a poem by Joan Rogers Baker entitled “Paradox.” It speaks of deep truths that unfold when we open ourselves to the mysteries of the spiritual life.

In a silent conversation
In the stillness wrapping round,
In the smile of understanding
In the quiet beyond sound,
In the voice of the unspoken
In the cry of the unheard,
In the message never written
Is the meaning of the word.

In the ready touch of friendship
In the sharing of the pain,
In the losing of the giver,
In the giving which is gain
In the mending of the broken
In the hope born of despair,
In acceptance without choosing
Is an answer to each prayer.

In the joy behind the sorrow
In the laughter through the tears,
In the trusting after failure
In the victory over fears,
In all the contradictions
In all the human strife,
In the healing of forgiveness
Is the dying into life.

These words of wisdom touched my heart just as they must have for listeners over 30 years ago. And such wisdom continues through your prayers and financial support that give me the opportunity to share the Good News of Jesus Christ over radio on RTHK in Hong Kong. Through Global Ministries, the Hong Kong church continues to bless the society by broadcasting eternal messages of faith, hope and love in a new age and beyond. Thanks be to God!

In the peace of Christ,