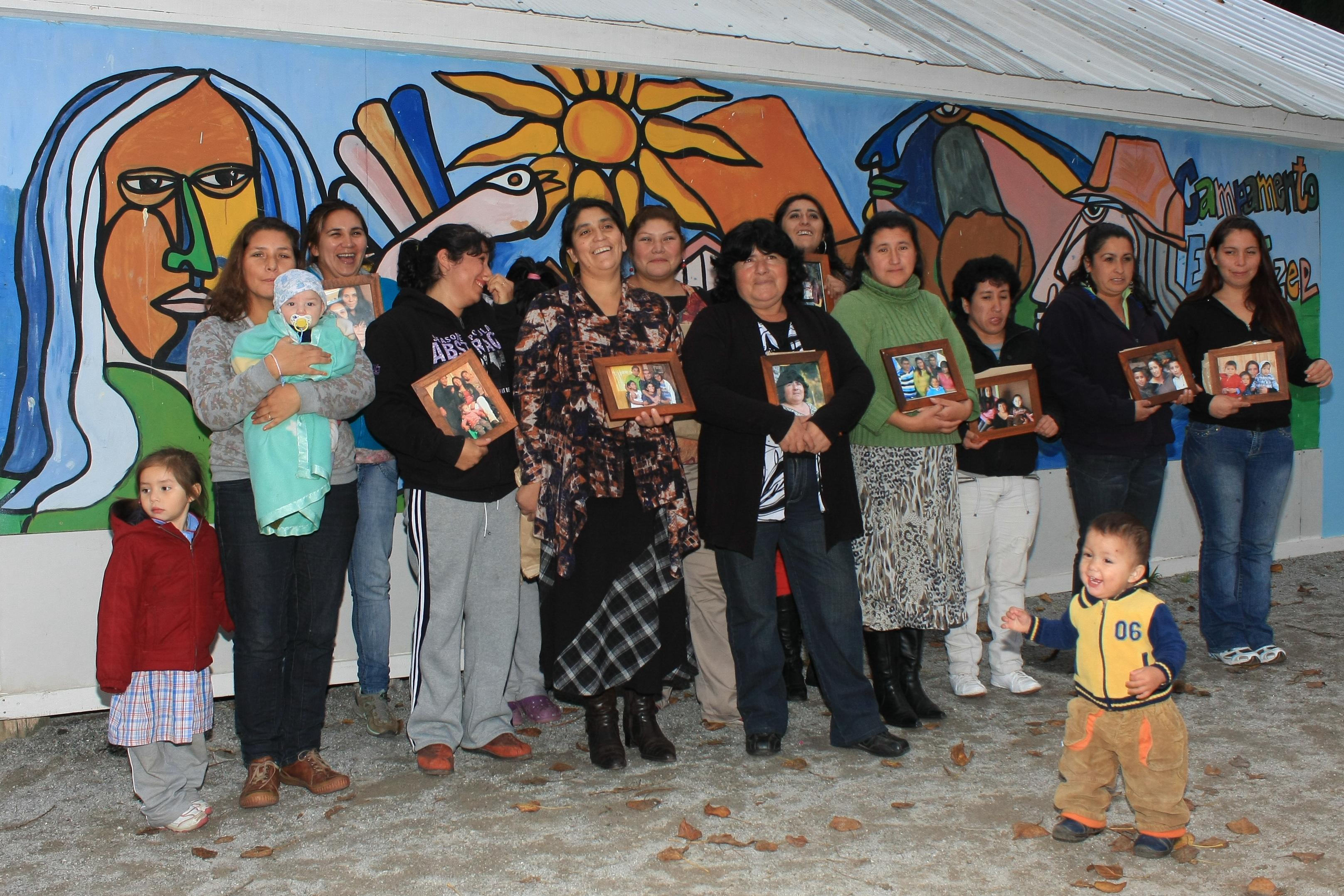 Thank you for saving me a seat at your table.

Those moments I sat crying because I didn’t believe I was worthy — you reminded me I am.
The days when I felt useless against the injustices of the world — 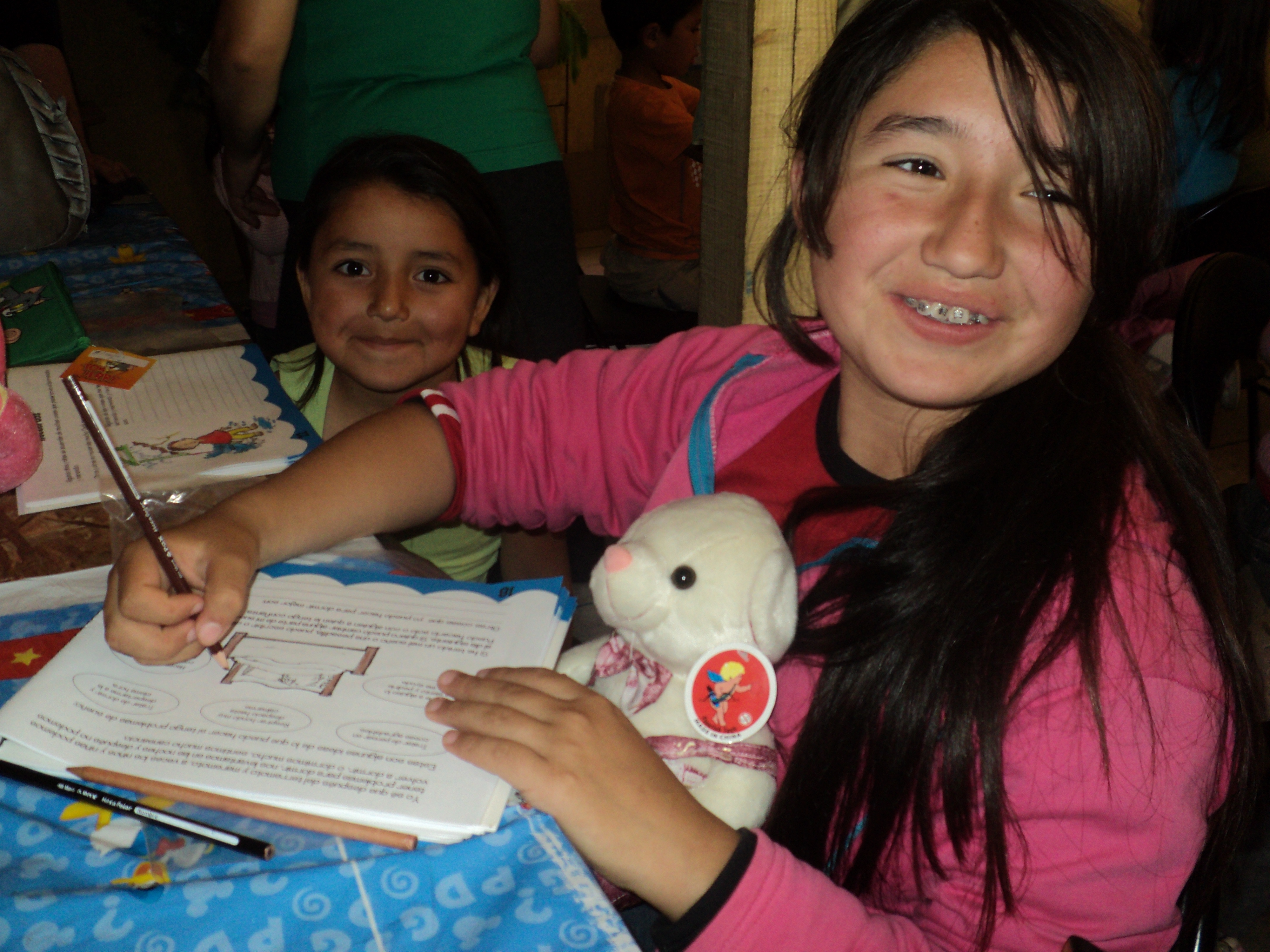 you encouraged me to keep trying.
The nights I went to bed lonely and dejected — you called me to communion.
You welcomed me to your table and into your heart.

When I got here, I discovered that while I was unique, I wasn’t alone.
I sat in my seat and felt the spirit of community running through me, like a river.
I looked around at my brothers and sisters and I knew I belonged. Here, with them, at your table.

They say it takes a village to raise a child. Perhaps it takes a table to raise humanity?
One table, made up of many. All of us; all people. God’s people, together.

Thank you for saving each of us a seat at your table. 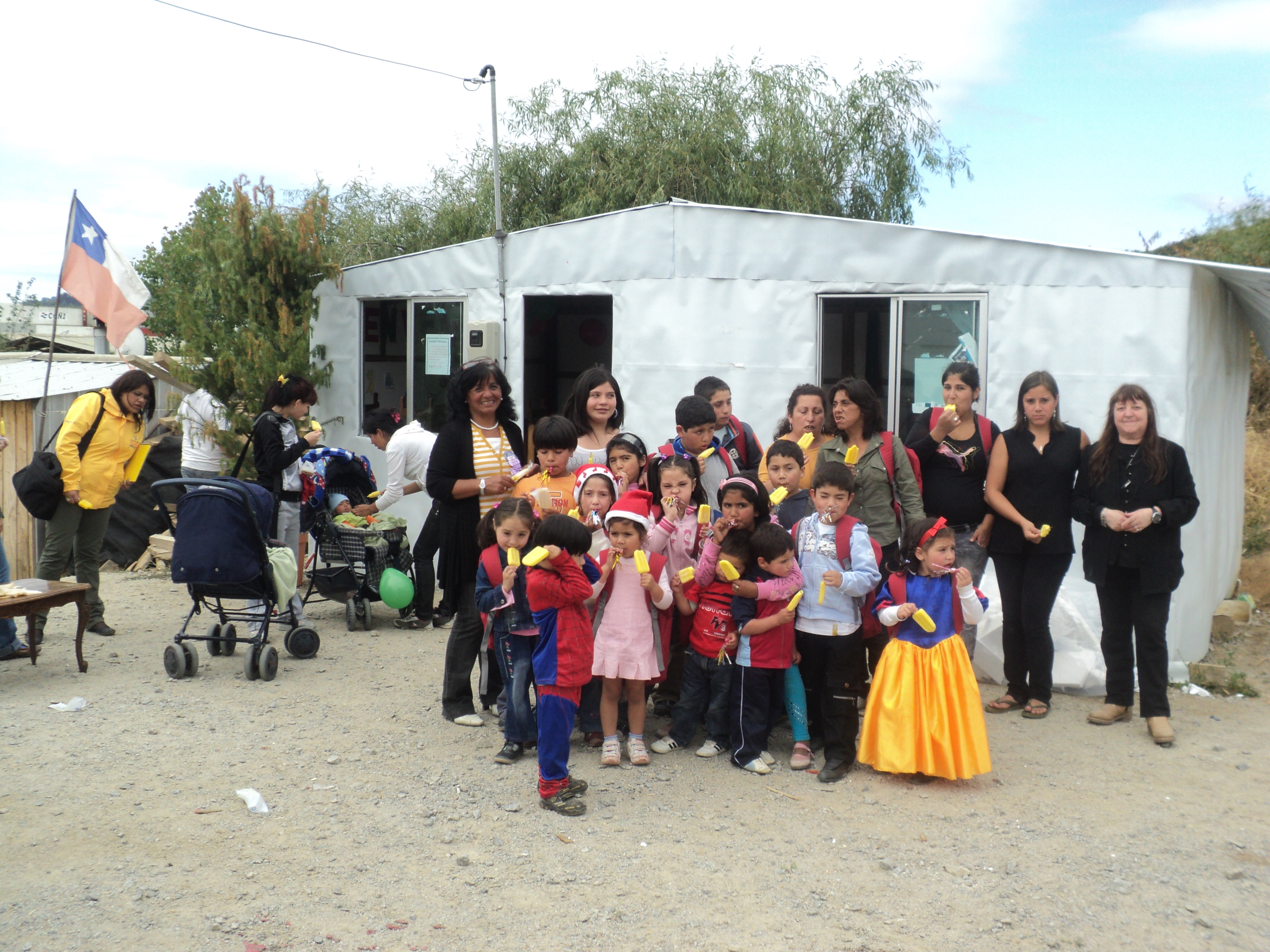 “You know, before, I wasn’t like this. I was very timid. I never talked. I didn’t participate. I always said yes.”

Sitting at six kitchen tables with six different women, I kept hearing the same thing. Their stories about common events were usually quite distinct, but on this point they all shared the same transformational experience. What was it that had changed them from timid women who avoided conflict, didn’t participate, and never spoke up into the confidant, opinionated and active community members who sat across from me sipping coffee and nibbling on cookies or fresh, warm bread as we talked about the past six years?

At 3:34am on February 27, 2010, central Chile was rocked by a 8.8 magnitude earthquake and a few hours later a destructive tsunami. Buildings broke in half, roofs crumbled in and fishing boats were carried from their slots in the bay to the middle of main street in town. Hundreds died and thousands living along the coast lost their homes. Of course, the most vulnerable in Chile were the hardest hit. And, the socioeconomic inequities that exist here were displayed with heightened clarity. 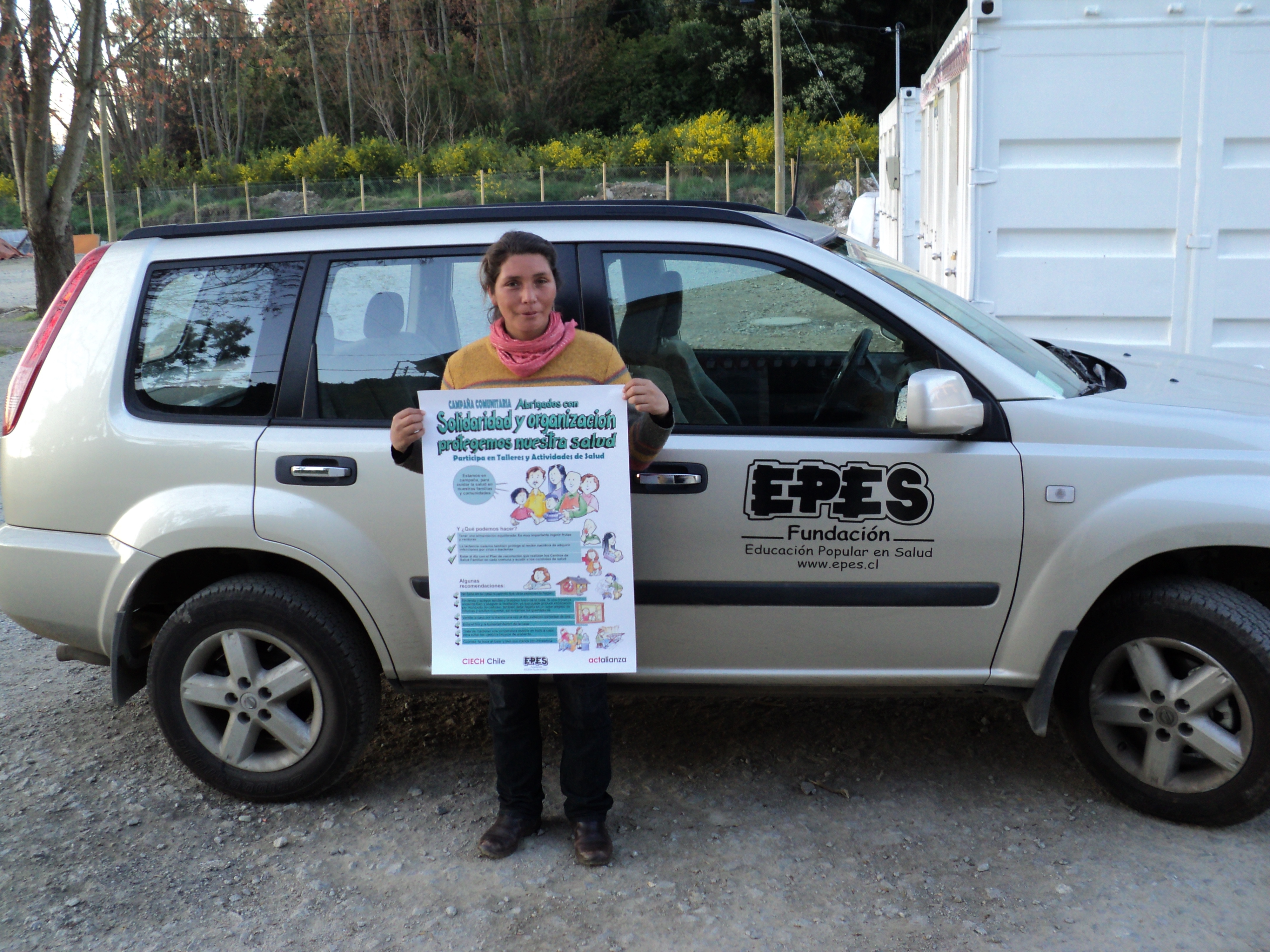 Afterwards, most NGOs and the government were focused on repairing the material damages sustained by the region. On rebuilding roads, hospitals and schools. Supplementing insurance for homeowners with subsidies to replace or repair houses. Providing food, water and medical assistance to the injured. Hardly anyone concerned themselves with repairing the people most affected by the disasters — let alone the poorest of those people. Or so my friends from Villa Montahue tell me.

Villa Montahue is Penco, Chile’s newest community, still under construction, situated high up on a hill and out of the sea’s path. The residents are mostly former “allegados” (persons or families who live in the house or on the property of another family member) or renters who lost their homes due to the earthquake and/or tsunami. After living in tents for three months, they received mediaguas (a 6mx3m disaster relief housing solution and made out of flimsy wood, with plastic-coated cardboard for roofing), but unlike landowners, they had no place to put them. So they were moved to four camps, where they lived in demeaning conditions for three years until they finally received the keys to their new homes 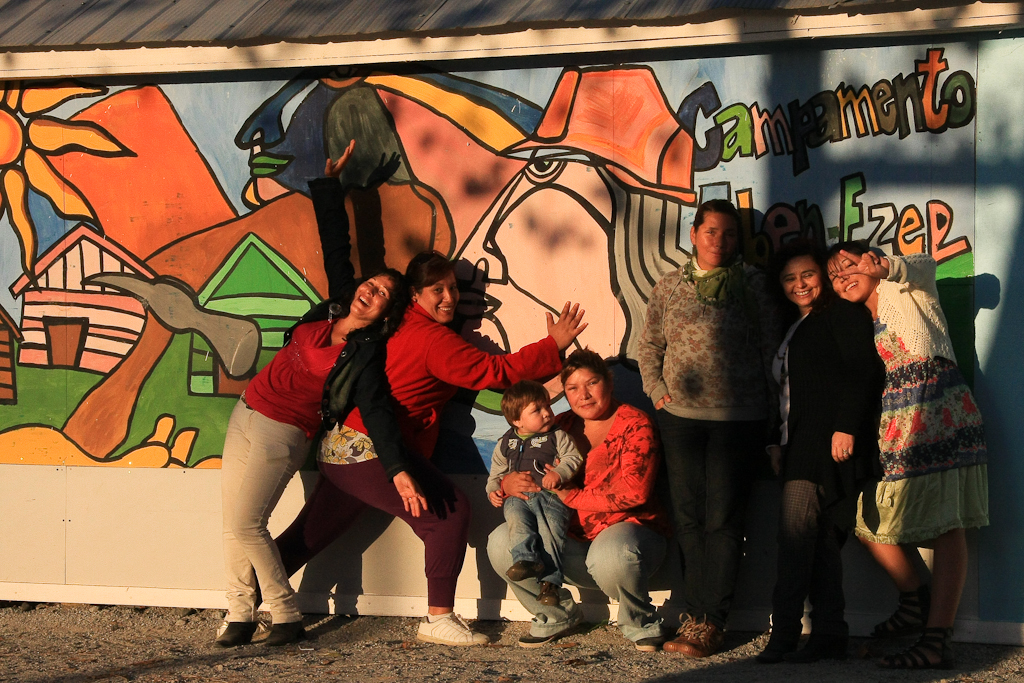 The fact that Villa Montahue even exists is in part due to the commitment EPES and its partners, the Chilean Inter-ecclesiastical Committee and ACT Alliance and MercyCorps, made to the hundreds of allegados who lived through the 2010 earthquake and tsunami. Working through the psychological trauma of a disaster experience as well as a lifetime of being told you’re worthless, stupid and never going to do anything in life takes patience, trust, expertise and time. EPES and its partners were outraged at the lack of dignity afforded to the allegados and worked tirelessly to improve the living conditions. They spent time in the camps. They developed relationships. They involved participants in every step of the process. They went above and beyond. They made it personal.

All of this had an effect.

Yes, the projects were successful. The participants in the programs learned life skills like first aid, nutrition, community organizing, conflict resolution and leadership. And, then they ended up using all those skills to form the committee which fought for a dignified, long-term housing solution from the government for the over 400 allegado families. It was a long and difficult process, but they won. The entire Villa Montahue neighbourhood exists because they refused to accept one injustice more. 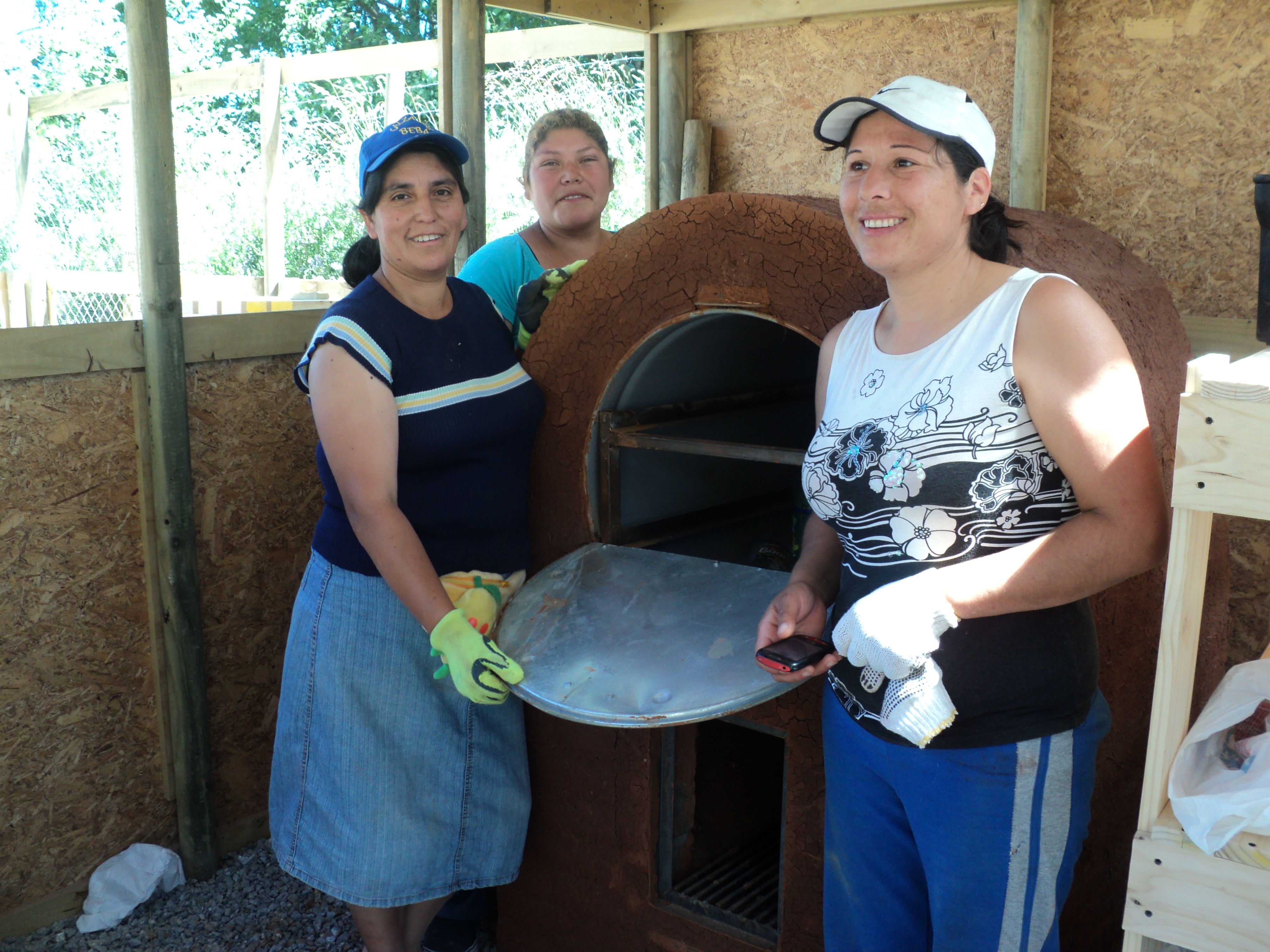 That is no small feat here in Chile, especially in this particular community. The people from Villa Montahue have been discouraged from participation and conditioned to believe in their own ineptitude by their teachers, bosses and just about everyone else for most of their lifetimes. But, EPES and its partners invited the allegados to share God's table, in the same way the women in Villa Montahue have invited me to share theirs over the past year. As equals.

And, so, while there are dozens of more recent stories to tell about the work EPES is doing in Chile, this one stands out to me as enduring in the lesson it offers us: that the first thing we must do is open up the table. When everyone is welcome at the table, we can truly do God’s work, together. An open table breaks down power structures and allows us to work as equals. It allows someone who has been treated as an object of pity and discrimination to be the protagonist of their own story. It forces us to look one another in the eye and resolve our disputes in the open.

God’s table holds a transformational power every time we sit down to it — whether we’re trying to broker a peace treaty or just popping by for coffee, cookies and conversation.

Global Ministries Missionary in Chile:
Bethany Waggoner serves as a Global Mission Intern with the Popular Education in Health (EPES). Her appointment is supported by Week of Compassion, Our Churches Wider Mission, Disciples Mission Fund and your special gifts.