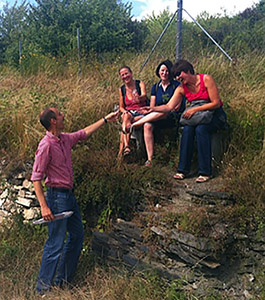 Prayers for Germany:
God, you have named us your children - we are one family on this earth. We are a race of prodigal sons and daughters, ignoring the blessing of oneness with you and each other, and turning away from the Word, from the Light. We are greedy; we are addicted to power. We take grain away from the starving to fatten animals for the tables of the privileged. We assume our privilege over other nations is justified - and so we justify war against each other and against this earth.

Our sisters and brothers, victims of war and persecution, pour into Germany daily - the numbers have quadrupled this year. We pray that all those in danger find sanctuary. We pray especially for the Syrians—both Christian and Muslim--who are fleeing for their lives. We pray for the church congregations, for the government officials, for our Muslim neighbors, and for all in this land who are making space for, and giving comfort to, families whose Christian faith is among the oldest in the world. 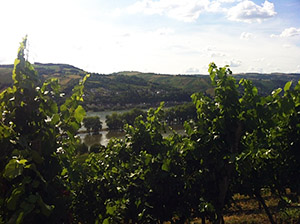 We know, Lord, the Word is Peace - and the Light is Love. Help us to be your people without borders; help us to take your Word as truth - You are Light, and in you there is no darkness, no hunger, no death. Amen

Mission Stewardship Moment from Germany:
Dear friends, Eighteen months ago, I packed two suitcases and left for what was to be a year-long internship at the Evangelische Bergkirche Wiesbaden. The Bergkirche was the focus of religious resistance against the attempted Nazi takeover of German churches - the SS called the pastor, Franz von Bernus, the “most dangerous pastor in Germany.”

Located on the border between the richest and poorest neighborhoods in Wiesbaden, the Bergkirche continues to live into its mission of radical love in action - from the kindergarten and daycare that serves children and families from 15 countries, to the Syrian Christian family living as our guests in the apartment I used to occupy, to its faithful outreach to the ecumenical community at large. 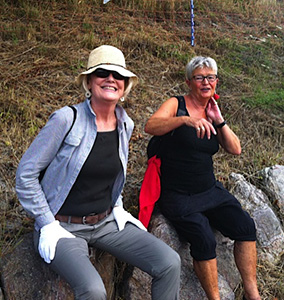 Last Christmas Eve, around 30 US visitors attended our midnight service. Bergkirche pastor Helmut Peters, Rev. Jeffrey Meyers of the Wiesbaden deanery, and I began discussing the need for a “peace church” presence in this area heavily populated by US military and business personnel. People were looking for what they called a “mainstream” English language protestant congregation, and were not finding it.

We are now in the final days of working out a contract and covenant between the Evangelical Church of Hessen-Nassau, the Deanery of Wiesbaden and the Metro NY UCC Association, the Bergkirche and Judson Memorial Church, for the start-up of an English language protestant peace church presence in Wiesbaden. Thank you for your prayers and for your financial support of this mission. In Europe, war is not “somewhere else:” with Ukraine and Turkey a car-ride away, it is on our borders.

Global Ministries Missionary in Germany:
Rosalind Gnatt  has served as a long-term volunteer with the Evangelical Church of Hessen-Nassau, Germany. She has been serving in a pastoral leadership position in a local congregation, in coordination with the regional church body (EKHN), in partnership with the New York Conference. Starting on January 1, 2015, she will be leading the start-up and implementation of the first Evangelische Kirche (the national protestant church in Germany) presence and outreach to English-speaking people. The United States Army has made Wiesbaden its European headquarters, with an anticipated 25,000 US military personnel. There are also a growing number of US businesses in the area. Her appointment is made possible by your gifts to Week of Compassion, Disciples' Mission Fund, Our Churches Wider Mission, and your special gifts.