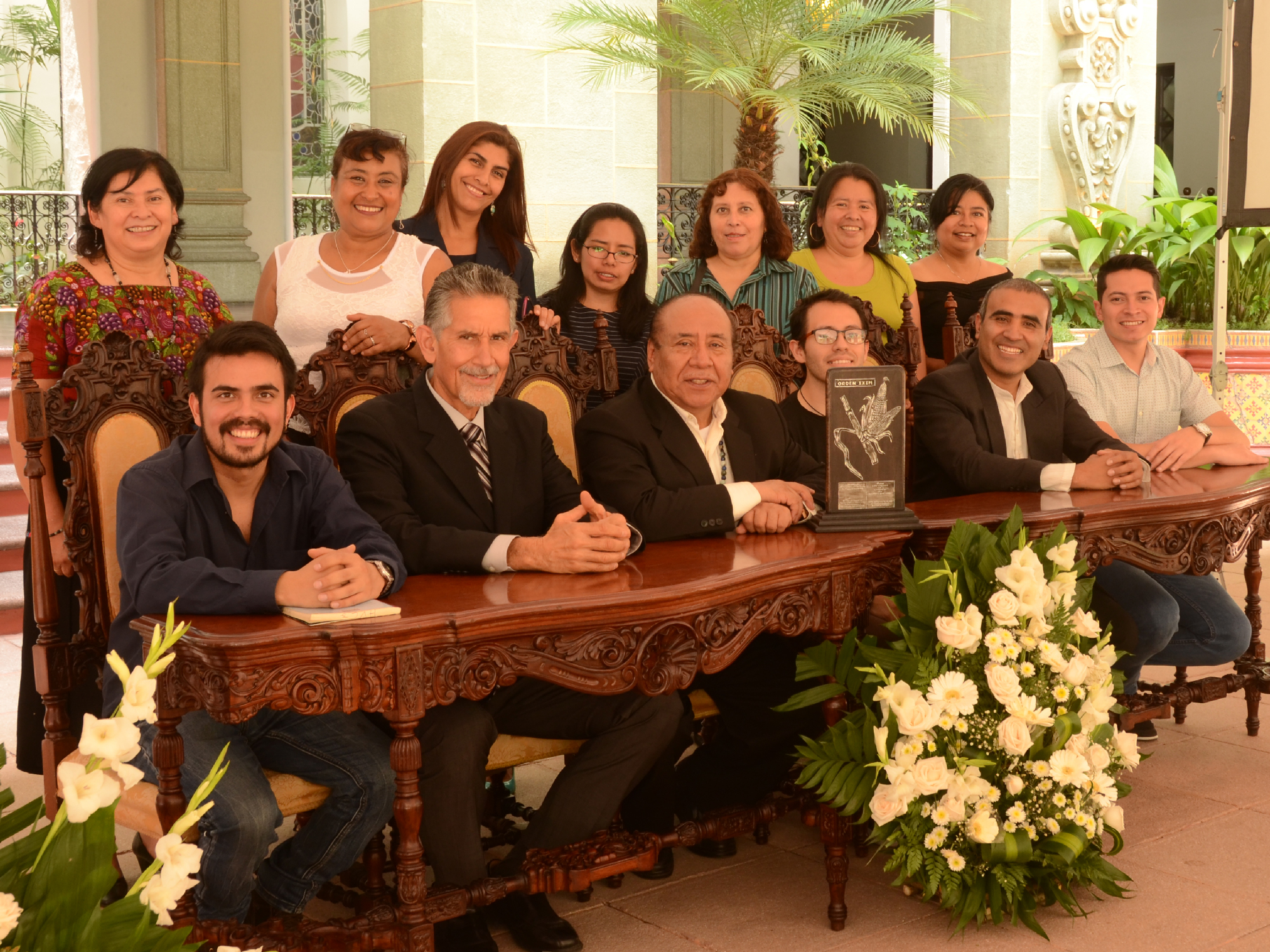 Jesus, you heard your Father in the voice of a woman whom your countrymen despised; help us to hear your voice today in the words of those considered not worthy to eat at the table; move us to share the hope of a humane world. That in the voice of the excluded, we will feel called to share our food and our hope with those who long for salvation.

Pray with your fellow Guatemalans of the Christian Ecumenical Council of Guatemala.

Vitalino Similox, Secretary General, calls for a halt to the destruction of the human dignity of indigenous peoples; racism and discrimination. Indigenous people should be given the recognition of their right to self-determination.

Misael Méndez, Youth Pastoral Coordinator, implores that gangs stop involving young people in bloody violence; for an end to deaths from malnutrition and curable diseases cease; and to see an increase in opportunities for employment, education and a dignified life.

Nora Coloma of the pastoral of women, prays for an end to the sexism that violates women: patriarchy and authoritarianism, feminicide, street harassment, exclusion of women in decision-making spaces.

Let us hear your voice, purify us, O God, from the pollution that enslaves us; touch our hearts; let us listen, as you did to the Syrophoenician, in the voice of those who yearn for salvation. 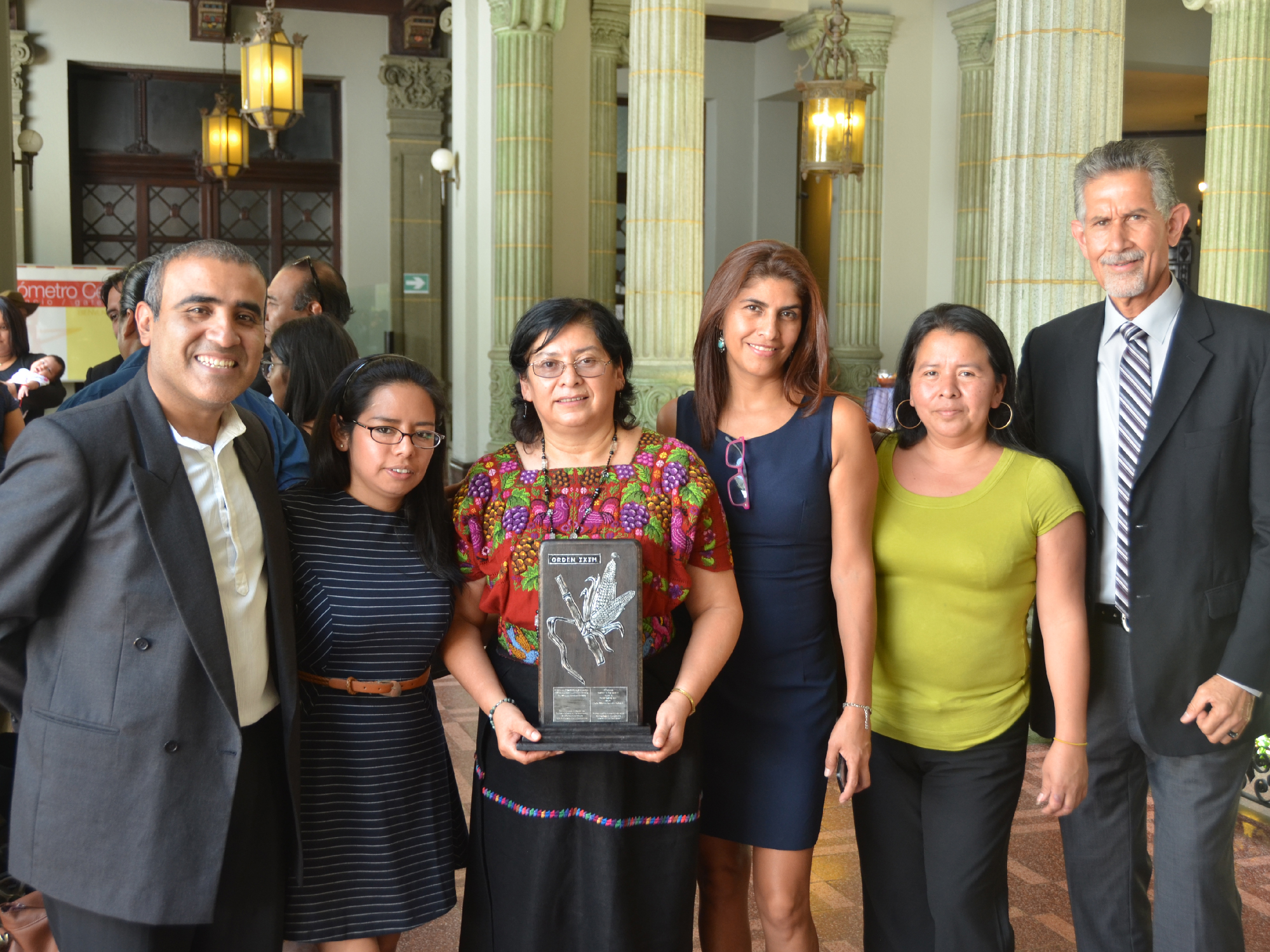 I want to share with you the satisfaction of the recognition given by the Guatemalan State to the General Secretary of the Ecumenical Council, Dr. Vitalino Similox. On Wednesday, August 9, 2017, National and International Day of Indigenous Peoples, the Ministry of Culture and Sports of the Government of Guatemala handed over the IXIM Order to Dr./Rev. Similox, in a solemn act in the Presidential Palace of government of Guatemala. The Guatemalan government acknowledged his contribution to the culture and respect for the political, economic, and social rights of the native peoples of this country.

Dr. Similox thanks the Global Ministries for their long years of solidarity with his ministry. He says, this recognition means that it was worth the accompaniment that for so many years you have given. He asks you to continue being compañeros to Guatemala, because already we have begun to see the fruits of what the future augurs. He explains, according to the Mayan calendar in the year 2012 began on 14th Baqtún, a new age. This new Baqtun will advance the recovery and reconstruction of the knowledge, cultures, worldviews, value systems, and principles of indigenous peoples. Consequently, the prize is a challenge to continue building a multinational country; in which the native peoples are not individual Indians whom they allow in Ladino spaces, but subjects of their history as rightful peoples; and in which young people and women are protagonists of their histories with collective rights that give them control to their territory and their culture.

We congratulate Dr. Rev. Vitalino Similox for his religious trajectory and his contribution to pluralism, and we ask that you also acknowledge him on this fruit of a long journey shared with the Global Ministries.

Global Ministries Mission Coworker in Guatemala:
Ricardo Mayol has been appointed to serve with the Ecumenical Christian Council of Guatemala (Consejo Ecumenico Cristiano de Guatemala (CECG). His appointment is made possible by your gifts to Disciples' Mission Fund, Our Churches Wider Mission, and your special gifts.