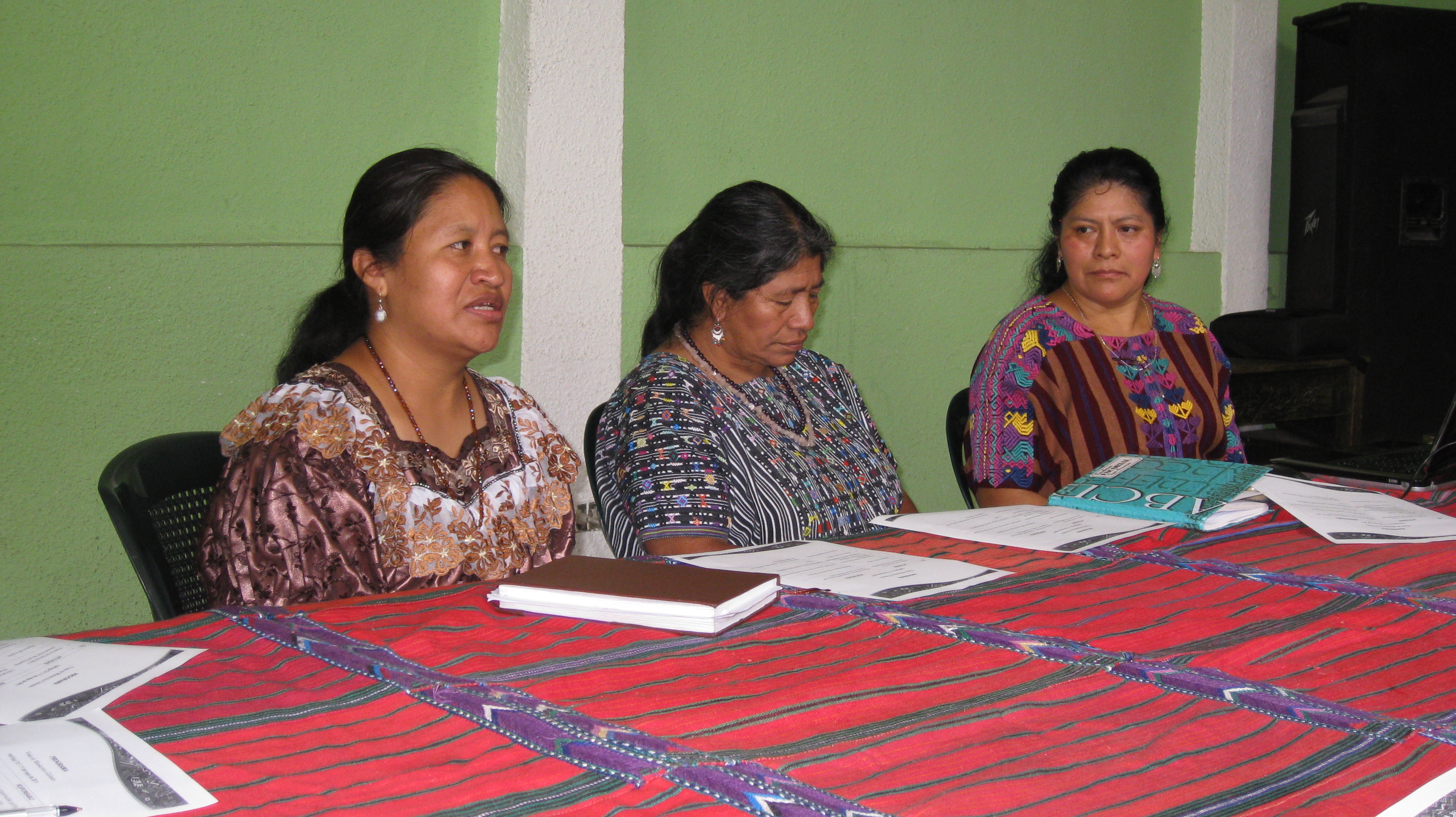 We give thanks and are indebted to you for the multiple blessings received during 2015. We are aware of our many needs, and know that with your divine grace we have found the ways to resolve our struggles with hope. Humbly, we give thanks to you Great Lord from deep inside our hearts especially for the courage you gave the people of Guatemala to come together in prayer, protests, demonstrations, and outcries filled with tears in order to demand that their government and public service officials be accountable for numerous acts of corruption which deprived many Guatemalans from having access to basic social services like medical care and education.

The people of Guatemala have awoken and have come together in order to work together to eradicate all types of corruption.  On January 14th 2016, a newly elected president will take office in Guatemala and so we ask you Lord to provide the new President the knowledge, wisdom and honesty to work towards the well being of all Guatemalans. Amen

Mission Stewardship Moment from Guatemala:
Despite the direct discrimination that Mayan women face in Guatemala for being female, economically disadvantaged, and indigenous, they continue to press for their rights. One recent example demonstrates how a group of women from eight communities from the state of Chimaltenango made the collective decision to come together and begin an arduous process that took them three years to put together in order to establish themselves as a cooperative of women weavers. Before deciding to become an official cooperative, a careful study was made in order to determine their potential as artists and weavers and to re-appreciate this type of ancestral art. Consequently, the women recognized their artistic talent as weavers and another kind of talent was also revealed which was their capacity and skills as weavers but also as leaders, entrepreneurs, organizers and decision makers. These values revealed by them had never been acknowledged before. For the first time in more than twenty years of community participation, their own voice and leadership was acknowledged.

The process however, was long, difficult, complicated, painful and challenging at times. As a result, many of the women who initially participated were not able to continue this process. The first factor for this had to do with their own economic limitations and the limited resources for them to participate and spearhead this pilot project.

The frustration and trauma the weavers experienced had to do with false promises, continued discrimination and misrepresentation by different organizations that have pretended to work with communities.  The outcome was a feeling of resentment and disillusion experienced by different communities of faith.

Another example of how women experience direct discrimination by the Guatemalan State, who has trivialized and objectified Mayan women, is the very task of forming a formal cooperative. This is demonstrated in the overuse of masculine language on all the paperwork involved in the process. It is a language that is exclusive and disregards women leadership in general but it is also a language that makes women’s roles invisible even when the cooperative world in Guatemala is mostly integrated and conformed by women. A positive result in a larger spectrum is how the women involved were able to work and demand that their basic rights and identity as women be acknowledged by the Guatemalan State so that, for example, the language transcribed in the official cooperative documents be gender inclusive and not sexist and masculine.

Another outcome of this work was the development of a seed fund to help with economic sustainability which includes a new form of leadership that comes from the perspective of Mayan women supporting and justifying their already existent but silenced leadership and perspective; a perspective based on ancestral values and principles. This experience marks the beginning of a new process for women weavers too, one which involves the artistic value of this type of ancestral practice. It involves the redefinition of what has traditionally been recognized as “traditional handicrafts” in Guatemala to a redefined kind of ancestral Mayan art based on careful and thorough research, systematizing, rescue, promotion and reproduction of authentic and ancestral Mayan art. What this also means is the opportunity to open a new market and thus new employment opportunities for Mayan women artists to sell their products with more justice based business ethics.

As missionaries serving in Guatemala, we are grateful for having been a part of this process which demonstrates a new alternative model of accompanying our partners in mission. It is a model that goes beyond the financial aspect and, to some extent, the financial expectations that have for the most part engendered continued marginalization and silencing of Mayan women.  It is and should be, in the long run, a more holistic and authentic aspect of doing/being in mission abroad.

(Prayer and Mission Moment by Santos Par and Gloria Vicente)

Global Ministries Missionary in Guatemala:
Gloria Vicente serves as with The Christian Ecumenical Council of Guatemala. Her appointment is made possible by your gifts to Disciples Mission Fund, Our Churches Wider Mission, and your special gifts.