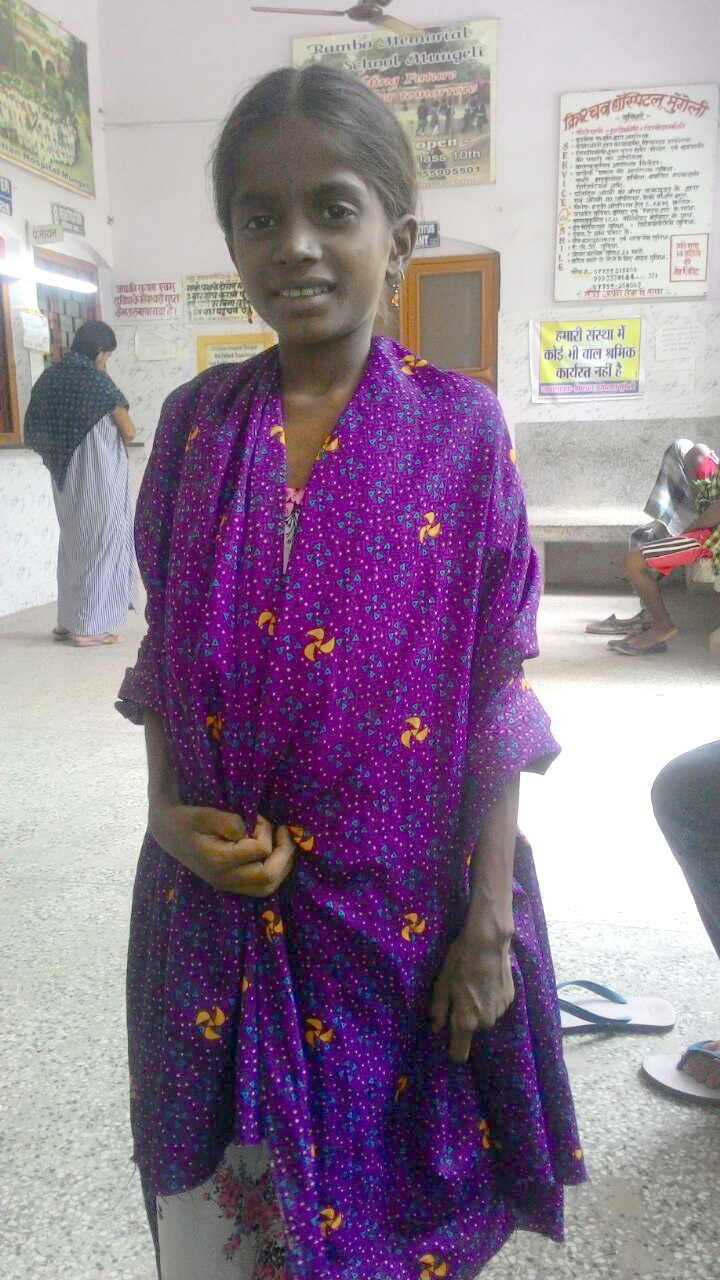 We gather here today to thank you for giving us another beautiful day to worship and praise you. We thank you O Lord, for the forgiveness of our sins, for the many times that You have brought us safely home after we have strayed away. We are like the sheep that had lost their way, but were found by the good shepherd who rejoiced after finding them. We were not worthy of being found and taken home so lovingly O God, but You, with Your everlasting love for your children, have shown us what unconditional love means. We thank You for being our Creator and for watching over us lest we stray and fall.

Lord, at this time, we remember our partners in mission in other parts of India and for the work that they do for your glory and honor. We pray for the Christian Medical Colleges which are going through legal battles with the government to preserve their minority rights in the admission process of their students. We pray that they find success in order to continue the legacy left behind by the founding missionaries and to continue to fulfill the dreams with which these medical colleges were started. We pray for the other Christian institutions which are faced with obstacles everyday to survive within the pro-Hindu government.

We also pray for India and the billions of people living in poverty there. We pray for security and tolerance among the people as we hear of terrorist activities, bombings, honor killings, female feticide, religious riots etc., not just in India, but all over the world, Lord, we pray for peace that comes only through You. 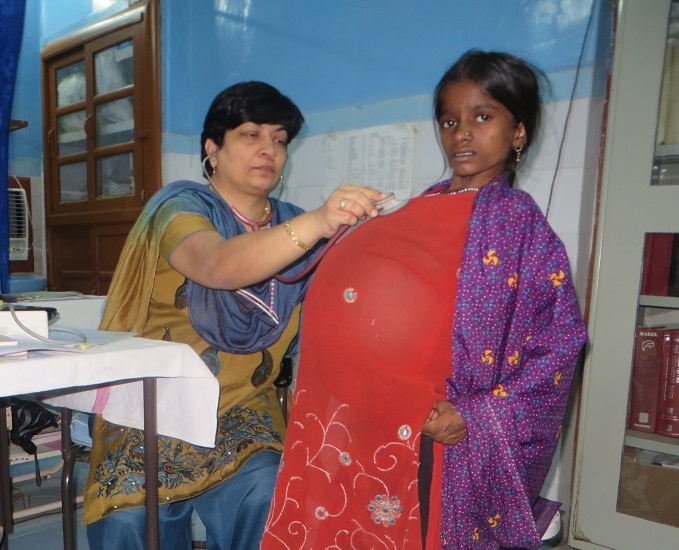 12-year-old Seema (name changed) walked into our hospital on 2nd of June 2016 with complaints of breathing difficulty, a difficulty not due to anything in the chest but caused by a large amount of swelling in her abdomen. She had had this swelling in her abdomen for the past year and it was slowly growing in size and becoming more and more painful as it grew. She had stopped going to school due to this and was merely an existence at home. She was living with her father 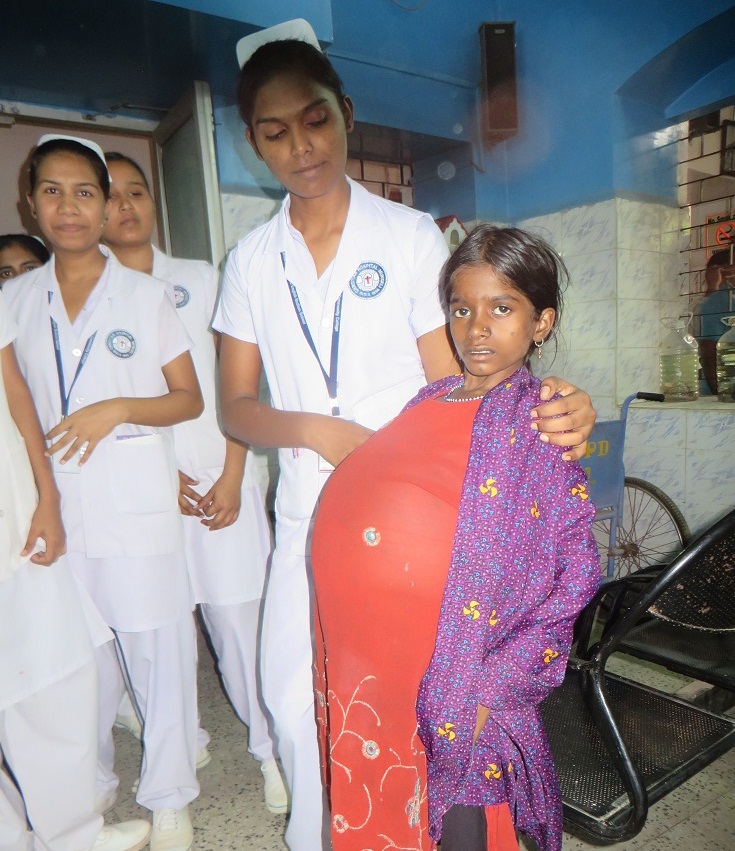 and mother and two younger brothers who are 8 and 3 years old in a tribal area around 70 miles from Mungeli (where our hospital is situated). Her parents are both laborers in the fields and also herd sheep, earning just enough to feed the family. Her parents watched as the swelling grew but did not have the means to seek medical help for her until it became apparent that she was having breathing trouble and could hardly eat anymore. Whatever she managed to swallow, came out undigested. And so, in early June, the father decided to bring her to our hospital for treatment. Upon further questioning about why they had not come earlier, the father said that they had come 2 months before this visit 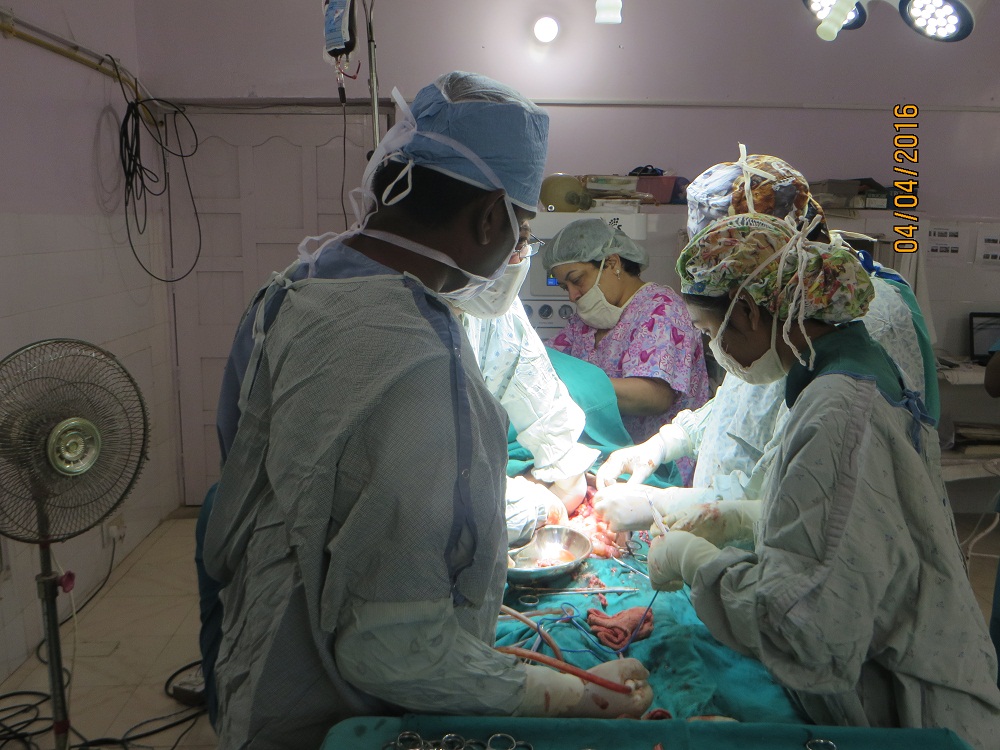 but returned unnoticed without getting anything done as they had no money and did not know that the hospital would help them with the bills. This time, there was no other hope for them. After the lab work was done and three units of blood were arranged for her surgery, she was operated upon successfully to remove a large tumor of the liver (which was found to be non-malignant), bringing her weight and her breathing back to normal. She was tube-fed for a few days in order to get her nutrition and strength back and discharged after sutures

were removed. She left the hospital smiling and promising to go back to school as soon as possible!

We would like to thank all of you on behalf of Seema and the multitudes who could not have afforded  medical care, had it not been for your support of Global Ministries, which in turn supports us and encourages us to continue in our efforts to give medical care to the marginalized. Please continue to keep us in your thoughts and prayers.

Global Ministries Missionary in India:
Teresa Henry serves with the Synodical Board of Health Services of the Church of North India. Her appointment is supported by One Great Hour of Sharing, Our Church’s Wider Mission, Disciples Mission Fund and your special gifts.