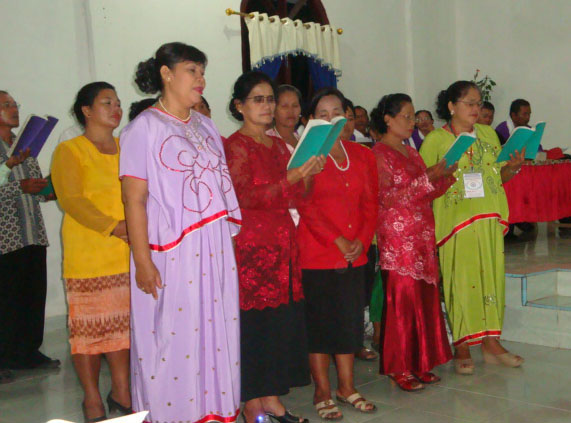 O Holy One of Truth and Love, we long for the Advocate that embodies a Spirit of Truth. We are so often confused by claims about truth and falsehoods, facts and fake news, that we forget our mission to love and care for all. May Your acts of love and compassion inspire us to nurture our local communities as well as national and international ones.

We pray for the many small churches in rural Indonesia who seek an Advocate to stand by them in their struggle to protect the mountains, forests and streams you have entrusted to them. Strengthen our bonds in the spirit of partnership so that there will be no orphans in the Family of God. In Jesus’ name, Amen. 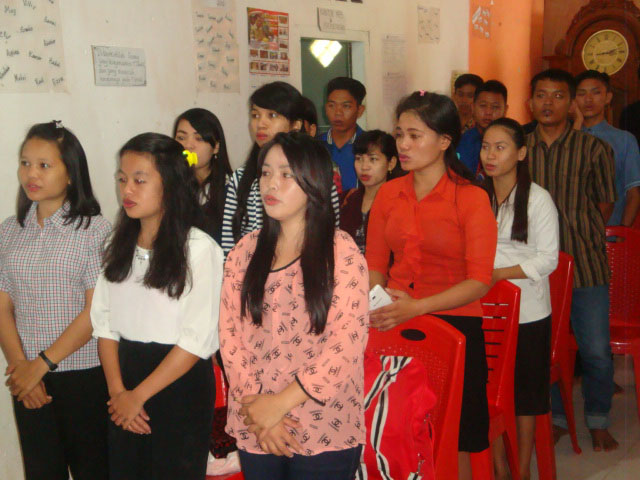 When Christianity first spread among the islands of Eastern Indonesia during the colonial period, many came to believe that the church was measured by the height of its steeples and its access to government funds and influence. For a time after Indonesian independence, foreign mission boards replaced the colonial government as the “comforter” and “advocate” on whom the churches relied. Today, with a national government under increasing pressure to give priority to the Muslim majority and a sharp decline in funding from overseas, many small churches of Eastern Indonesia are challenged in their faith: are they “orphans” or is there a Spirit among them that sustains their faith?

One such church is the Christian Church of West Sulawesi (GKSB), which serves about 100 village churches in the mountainous interior of the island. Threatened by a hydroelectric dam, coal mining interests, and palm oil plantations, the young ethnic church asked CGMB to form a partnership, saying, “We are on the margins of everything. If something happened to us, who would know or care?”

Oase Institute, a CGMB partner based in Makassar, Sulawesi, is dedicated to strengthening the many small local Protestant denominations of Eastern Indonesia, like GKSB, through seminars on contextual theology, training for social advocacy, continuing education for pastors, and the development of contextually appropriate church materials that include church school curricula, confessions of faith, constitutions, and by-laws. By working with regional resource centers such as Oase, Global Ministries is able to support the growth of truly local communities of faith without creating dependency.

Global Ministries Missionary in Indonesia:
John Campbell-Nelson serves with the Evangelical Church of West Timor (GMIT). His appointment is made possible by your gifts to Disciples Mission Fund, Our Churches Wider Mission, and your special gifts.