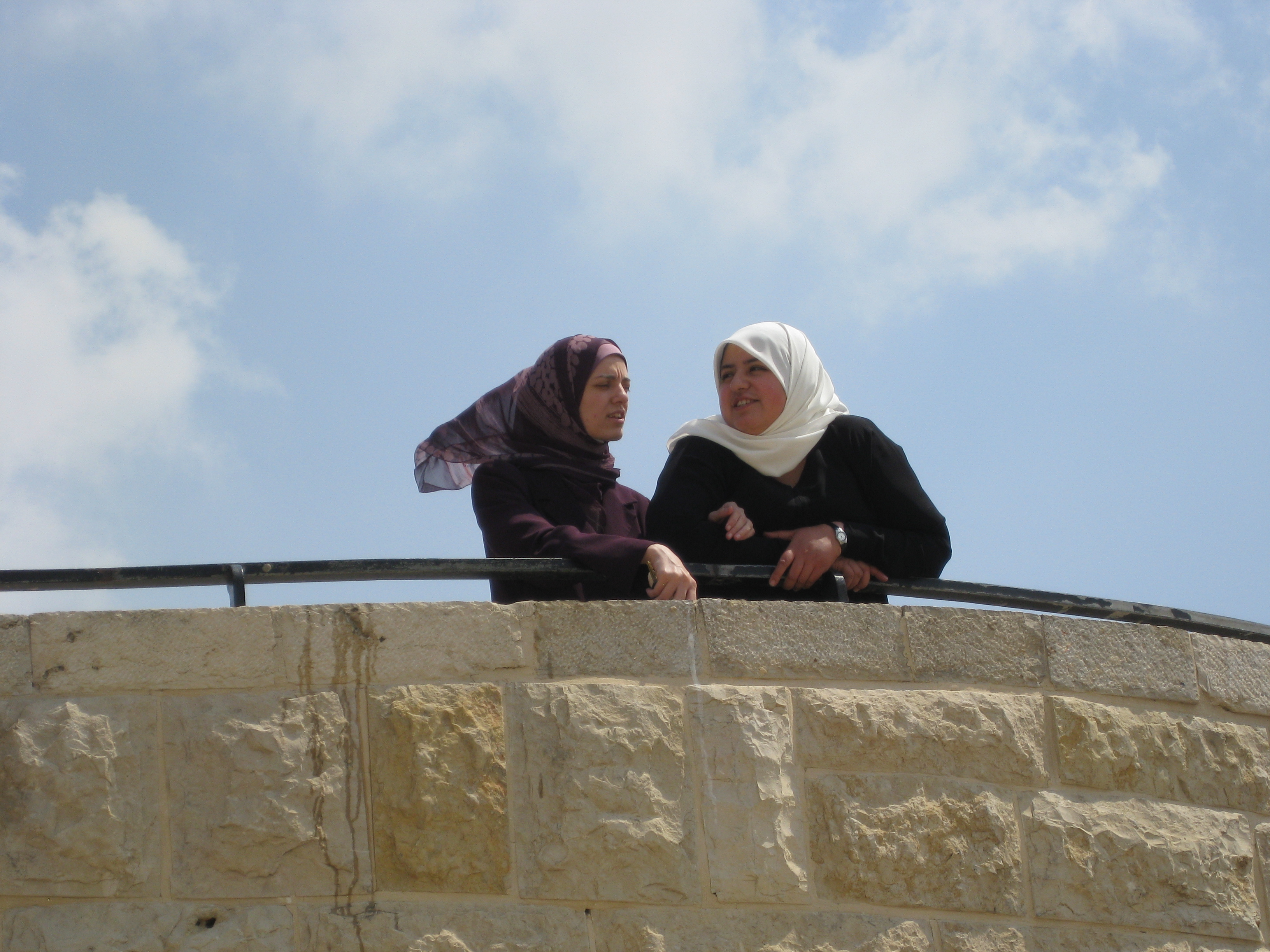 Prayers for Israel Palestine:
To the Hem of His Garment

Beloved, you call us to be seekers of justice
We ask for prayers today for the people of Palestine
who are bleeding in the occupied city of East Jerusalem,
the villages of the west Bank, and
besieged and bombed out Gaza.
Continue to support their steadfast call
for peace with justice
strengthen their nonviolent resistance
Lord in your mercy feel their touch
Help us to reach back

Beloved, who calls us to the hem of your garment
Be with the women of the YWCA as they reach out
for a better life, a better job,
security, freedom and dignity.
Be with them as they struggle against the violence
of patriarchy and the violence of the occupation
Give them the means to bring food to their tables,
the courage to demand a place at the tables
where decisions are made
Lord in your mercy feel their touch
Help us to reach back

Beloved, we praise you for the holy work
the YWCA of Palestine is able to do
and ask you to bless them and their programs
their advocacy projects and campaigns
so that they can continue to be your faithful remnant
in the place where the Prince of Peace was born, died
and resurrected
Lord in your mercy feel their reaching out
Help them to be your faithful daughters and sons
Ready to work for your kin-dom now as it is in heaven.

It’s been a busy spring here at the YWCA of Palestine. We are proud to share that after our successful International Conference on United Nations Security Council Resolution 1325, “Women’s Freedom, Peace, and Dignity in Palestine” in early October, which included many United Church of Christ and Global Ministries leaders, we have begun to work with numerous groups and coalitions on a variety of issues that affect women’s lives including the design of the Framework for UNSCR 1325 National Action Plan. We are also proud that we were able to send a small delegation to this year’s Commission on Women (CSW) Conference at the United Nations in New York in March. We also officially launched our Stop Poverty Campaign and our European Union economic justice Shoumous project in March in Jericho. Members of a UCC and Disciples leadership delegation were able in April to meet youth leaders in a small village in the Jordan Valley to learn about the economic and social challenges youth experience in this particular part of the country, surrounded by settlements. Finally, we are excited to tell you that in April, on YWCA Round the World Global breakfast day, members from all the Ys met in Bethlehem to celebrate our newest association, the YWCA of Bethlehem.

In addition to these exciting developments, I serve on your behalf as missionary with the YWCA, and as part of my work, have been exploring new ways to develop and extend our advocacy on refugee rights through our project, The Fabric of Our Lives. We have been working on new ways to tell the stories of Palestinian women who continue to experience forced displacement and dispossession that began with the Nakba (Arabic for “catastrophe”) in 1948 through listening and accompaniment.

For example, Zbedeh Hasan Amro, from Wadi Joz, is about to lose her home for the third time. Her home, with her two blind sons and their families, is less than a mile from the YWCA of Palestine. The Jerusalem Municipality is claiming they need this land for a city park. With help from the girls in the Jerusalem YWCA Social Media class, we filmed and documented Zbedeh telling her story of the first two displacements. She is originally from a small village near Bir Saba (Beersheba) and was forcibly removed and settled in Dair Amro west of Jerusalem. Then, in 1968, she was forced to evacuate again and her family has lived in Wadi Joz ever since. During our interview, while holding my hand, she told us she wanted to return to her village. Perhaps the imminent destruction of her home has brought back memories of that first tragedy.  As Arundahti Roy says, “There is no such thing as the voiceless. There are only the deliberately silenced or the preferably unheard.” Part of the work of the YWCA of Palestine is to listen and share these stories that have been silenced. It is holy listening, and I am humbled to be a part of it.

The women of the YWCA of Palestine invite you to celebrate their new projects and accomplishments and hold them in prayer as they continue to work for their rights for self determination on the personal and political level.

Global Ministries Missionary in Israel Palestine:
Rev. Loren McGrail serves with the YWCA of Palestine. She helps identify international partners, and relevant sources of funding. Her appointment is made possible by your gifts to Disciples Mission Fund, Our Church's Wider Mission, and your special gifts.