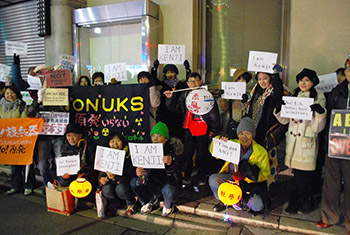 As I write this, people in Japan are mourning the death of journalist Kenji Goto, who was being held hostage by ISIS.  Goto, an independent journalist, was a Christian, and a member of our partner denomination in Japan, the Nihon Kirisuto Kyodan. Goto was known for his passion for peace and justice. His work centered around giving a voice to civilians and the children in war torn areas, and especially in recent years, in Syria.

“I want to be compassionate to people who are in the midst of hardship. They always have a message to tell.  If I manage to find an outlet for their stories in the world, that might lead to a solution. Only then my job will be considered a success.” - Kenji Goto

People of all faiths joined in the widespread international support for Kenji. Unfortunately, his life was brutally taken.  May we as people of faith, also join in the effort to work for peaceful resolutions to the many conflicts that divide our world. 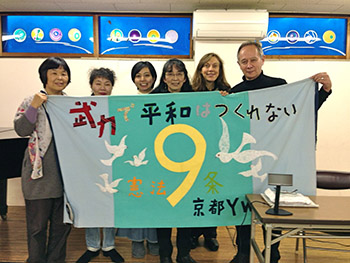 Global Ministries continues to support the work of the church to be a voice of peace in Japan – to advocate for Japan’s Article 9 of the “Peace Constitution”, which is in danger of being revised by the present administration.  To many in Japan the need for an alternative peaceful approach than “fighting terrorism” by force seems all the more clear now.

We join in prayer today, with deep concern for those whose lives are in danger due to political and international conflicts.

We especially pray for Kenji and his family. May they know your presence during this difficult time.

We thank you for the life of Kenji and his work to bring to light the plight of the people who were suffering from poverty and war.

We pray for the Christian church in Japan, and for its work to protect the peace constitution in Japan, as well as its solidarity with the people of Islamic faith, to unite in the common prayer for peace and non-violence.

As we enter the season of Lent, may we reflect on ways that we too may come closer to practicing peace in our daily lives. May we as individuals and as community, come through the wilderness and spread the Good News.

In Jesus’ name we pray,

Global Ministries Missionary in Japan:
Martha Mensendiek, a member of Church of the Crossroads, United Church of Christ, Honolulu, Hawaii, serves with the Doshisha University, Kyoto, Japan. She teaches social welfare. Her appointment is made possible by your gifts to Disciples' Mission Fund, Our Churches Wider Mission, and your special gifts.