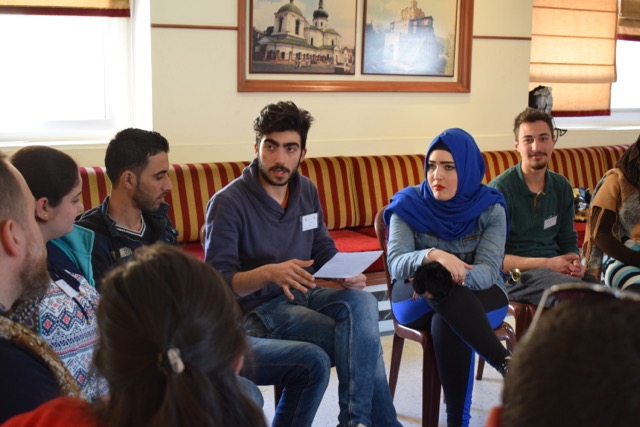 Christ has no body but yours….
Bind us together, O God of grace and mercy, as the one body of Christ. Heal the fissures and wounds which keep us apart.

No hands, no feet on earth but yours... 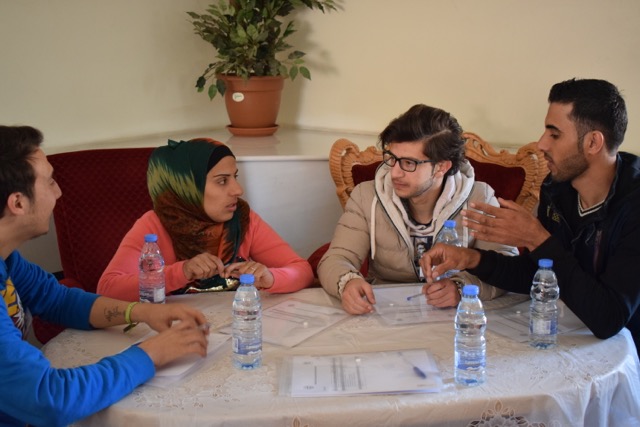 Let us head the lesson offered to your disciples — to give freely of ourselves as we have freely received from you, despite the many dangers, challenges and uncertainties which lie ahead.

Yours are the eyes with which he looks Compassion on this world...
Show us ourselves in “the other”. Reveal to us your face in that of our adversaries.

Yours are the feet with which he walks to do good...
Help us stay true to the path of peace and reconciliation.

Yours are the hands, with which he blesses all the world...
Let us be builders and sustainers for the common good, not merely for ourselves and our own people.

For we are your body now on Earth.

Adapted from “Christ Has No Body” by St. Teresa de Àvila 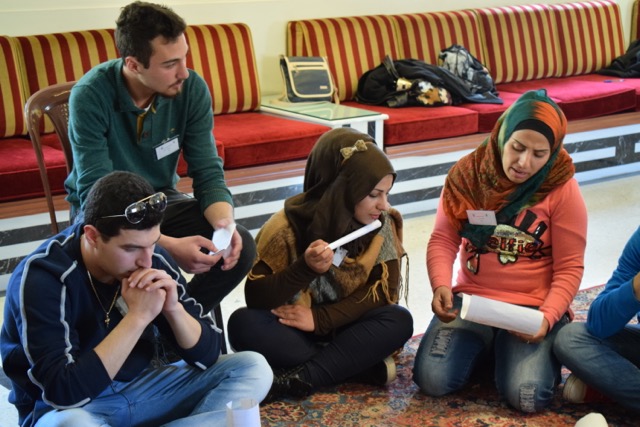 For as much as we hear about the Middle East in Western news, it remains difficult to discern what is really happening in this region. Even when we get technically accurate news, it is often one-sided and lacks depth or context. And, this lack of dimension in the stories we hear has greatly affected our ability to act as Christians in the face of oppression and injustice.

In a brief but riveting TED Talk, the author and activist, Chimamanda Ngozi Adichie, speaks to us about the danger of a single story. This is especially true in the Middle East, where nearly every issue — from garbage collection to weapons deals — is complex, multi-faceted and involves decades (if not centuries) of political considerations and old wounds yet unhealed.

In Ngozi Adichie’s talk, she argues we risk critical misunderstanding when we allow ourselves to be satisfied with a single narrative. Expanding the narrative — among both citizens in the Middle East and outsiders seeking to play a role in bringing about peace here — is simultaneously one of the most important and the most daunting challenges we face. A challenge and an imperative which requires practicing empathy and sacrificing self-interest for the common good — two values which Christianity boldly proclaims as essential tenants of the faith, but that we Christians don’t always put into practice. With globalization and increasingly accessible technology, it is more evident than ever how closely linked our fates are as human beings, even across borders and continents and oceans. We truly are the one body of Christ and we must find ways to practice peaceful co-existence for the sake of all.

Forging social cohesion and facilitating the development of multi-dimensional identities among youth in Lebanon is one of the most critical programs that the Middle East Council of Churches (MECC) is implementing today. The country is home to a large array of religious and political factions, which often inspire more allegiance than Lebanese nationality. Regionally, this sectarianism is a trend present in many countries in the Middle East. The main objectives of MECC’s social cohesion programs are to bring youth together from across religious, political, and national lines (current tensions between Lebanese host communities and Syrian refugees are often greater than between Lebanese Muslims and Christians), and to give them tools and opportunities to work and live together in peace.

These programs use different methodologies — sometimes sport, sometimes dialogue, sometimes drama — but all are working to build a more integrated society in Lebanon, where no community or individual falls the victim to the consequences of a single narrative. Many of Global Ministries’ partners in the region are also working on peace building and social cohesion projects within the scope of their influence.

The Disciples of Christ and United Church of Christ often call upon the concept of “In essentials, unity. In non-essentials, diversity. In all things, love.” to describe our approach to the social contract which binds together the congregations which make up our churches. This idea also lies at the heart of the ecumenical movement, the interfaith movement and the global peace movement. More than backing “good” or “moderate” militias or relying on closed door deals between politicians and diplomats, these are the projects which cultivate and bear the fruits of peace for God’s people. As we impatiently wait for political solutions for more inclusive, just and participatory social, economic and political frameworks in the Middle East, let us pour our energy and efforts into building peace from the ground up.

Global Ministries Missionary in Lebanon:
Bethany Waggoner serves as a Long-term Volunteer with the Middle East Council of Churches in Beirut, Lebanon. Her appointment is made possible by your gifts to Disciples Mission Fund, Our Church’s Wider Mission, and your special gifts.