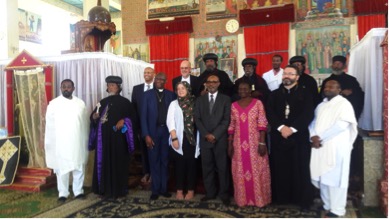 God of life, lead Africa to peace, justice, and dignity.

We know that you can do it, you can use us, for peace, justice, and dignity.

We are deeply saddened at the turn of events in South Sudan since its independence, including the killings and unrest leading to a continual displacement of populations inside South Sudan and across borders to neighboring countries – the consequence of which is a dire humanitarian crisis – the failure of the successful peace agreements, the struggles faced by the national dialogue process, etc.

In the midst of all this, and because you are still seated on your throne and are still sovereign, we want to continue to pray for our brothers and sisters who walk through this painful journey.

We continue to pray for the determination of church leaders in South Sudan on maintaining unity against all odds and for continuing to raising their prophetic voices towards the political authorities and the population at large. Give them boldness. We strongly believe that you do not forsake your own. Everything you allow has a higher purpose. We hope to rejoice with our brothers and sisters on the day you would stand on their behalf, turn things around, and make South Sudan a strong and stable  nation. 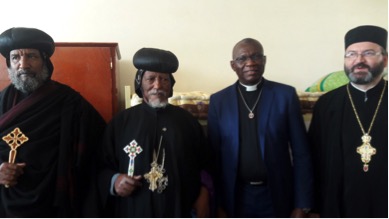 We also come before you with the nation of Kenya. As the presidential election was nullified, there is political tension in the country that is threatening peace. On the other hand, the threat for a terrorism attack is permanent. We pray that you protect your people from any kind of evil and bring about peace in the land.

God of life, we raise from our hearts the concern we have for the Democratic Republic of Congo, especially in Kasai province where thousands of people lost their lives and property was destroyed. As we pray, there over three million Congolese who fled as refugees in Angola and thousands internally displaced. Many are living without shelter and children are exposed to all kinds of illness. We pray for your providence and protection over them. We also pray for the political situation of the same. Since the second and last term of the head of state was over on December 19, 2016, an election has not been organized for a peaceful transfer of power. Tension is now rising for possible trouble in the country at the end of December 2017. We pray that you give wisdom to political leaders to solve the problem in a peaceful way and maintain peace in the country.

We lift up the Church in Eritrea. As the country is going through difficult time economically, socially, and politically, let your Church give hope to your people. Reinforce interfaith dialog among different groups of faith and peaceful coexistence between people of Muslim, Orthodox, Evangelical, and Catholic faiths. 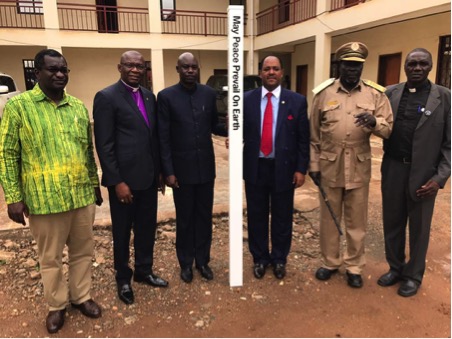 I did a solidarity visit to the Church in Eritrea. Eritrea is a small country in the Horn of Africa. The country was once an Italian colony, then became a British colony and then Ethiopia occupied the country for the last 30 years as they struggled for their independence and succeeded when they won the battled against Ethiopia. They people of Eritrea suffered a lot to experience freedom as well as communion with brothers and sisters from the rest of the world.

Eritrea has among its population half Orthodox and half Muslims. Both Muslims and Christians leave peacefully. Besides the two main religious groups, there are Evangelical Lutheran and Catholic. There is restriction of movement for citizens to travel abroad. Students are not allowed to go oversee to studies. There is very limited import of goods and services while export is not allowed and Eritrea is producing nothing. 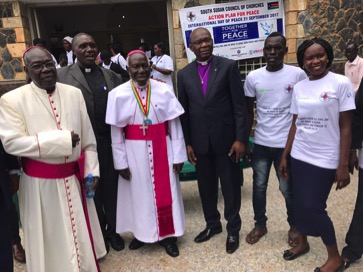 When we started planning a trip with the WCC, many people did not believe that we would succeed because of the serious restrictions put out by the government of Eritrea. I planned to go to Eritrea for a solidarity visit with my General Secretary and other people but I was told to forget about it. The Orthodox Church in Eritrea fought to obtain a visa for the Ecumenical delegation and finally they succeeded. The ecumenical delegation was composed of WCC, AACC, Norwegian Church Aid, Church of Sweden, and Bread for the World; we were a total number of eight delegates. To show the visit was highly expected by the Orthodox Church, we landed at Asmara, the capital city of Eritrea at 2:30 am and we found the Orthodox Archbishop and another bishop with other senior staff of the Church at the airport waiting for us.

Our solidarity visit in Eritrea meant a lot for our brothers and sisters in that part of the world. Words cannot express the joy of our visit with them. We saw the need to stand and assist the Eritrean Church. As the body of Christ, we ought to mourn with those who mourn and rejoice with those who rejoice.

Bosela Eale is jointly appointed by the CGMB and the All Council of Churches with the specific assignment of Director of Peace, Diakonia, and Development Office. His appointment is made possible by your gifts to Disciples' Mission Fund, Our Churches Wider Mission, and your special gifts.