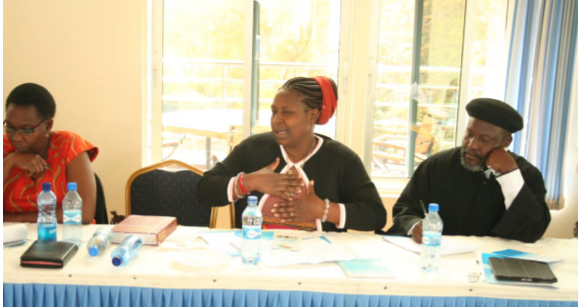 Radicalization and violent extremism have become extremely important subjects in Africa in the wake of several terror attacks where religion has been implicated.  PROCMURA has been in the frontline in creating awareness on the contextual events which act as enablers or fertile ground for the establishment and spread of radicalization which may lead to violent extremism.

In 2014, PROCMURA set up a series of workshops for church leaders, women, and youth in its visionary mandate of working towards a continent where Christians and Muslims uphold the principles of interreligious peace; constructively relate to promote peace in the society and peaceful coexistence between Christian and Muslim communities as well as jointly respond to environmental challenges facing the society. These workshops were held mainly to build the capacity of the churches in Kenya to be able to counter radicalization and violent extremism.

As a follow up and based on the request by the church, PROCMURA within its core mandate as captured in its strategic plan brought together church leaders from different denominations in late 2016, in order to create awareness on the philosophy and theology of the extremists as well as the art of inter faith relations. Presentations and discussions covered many relevant topics, including:

Click here to read an update from PROCMURA on their recent workshop in Kenya.