Protesting for Peace in Japan 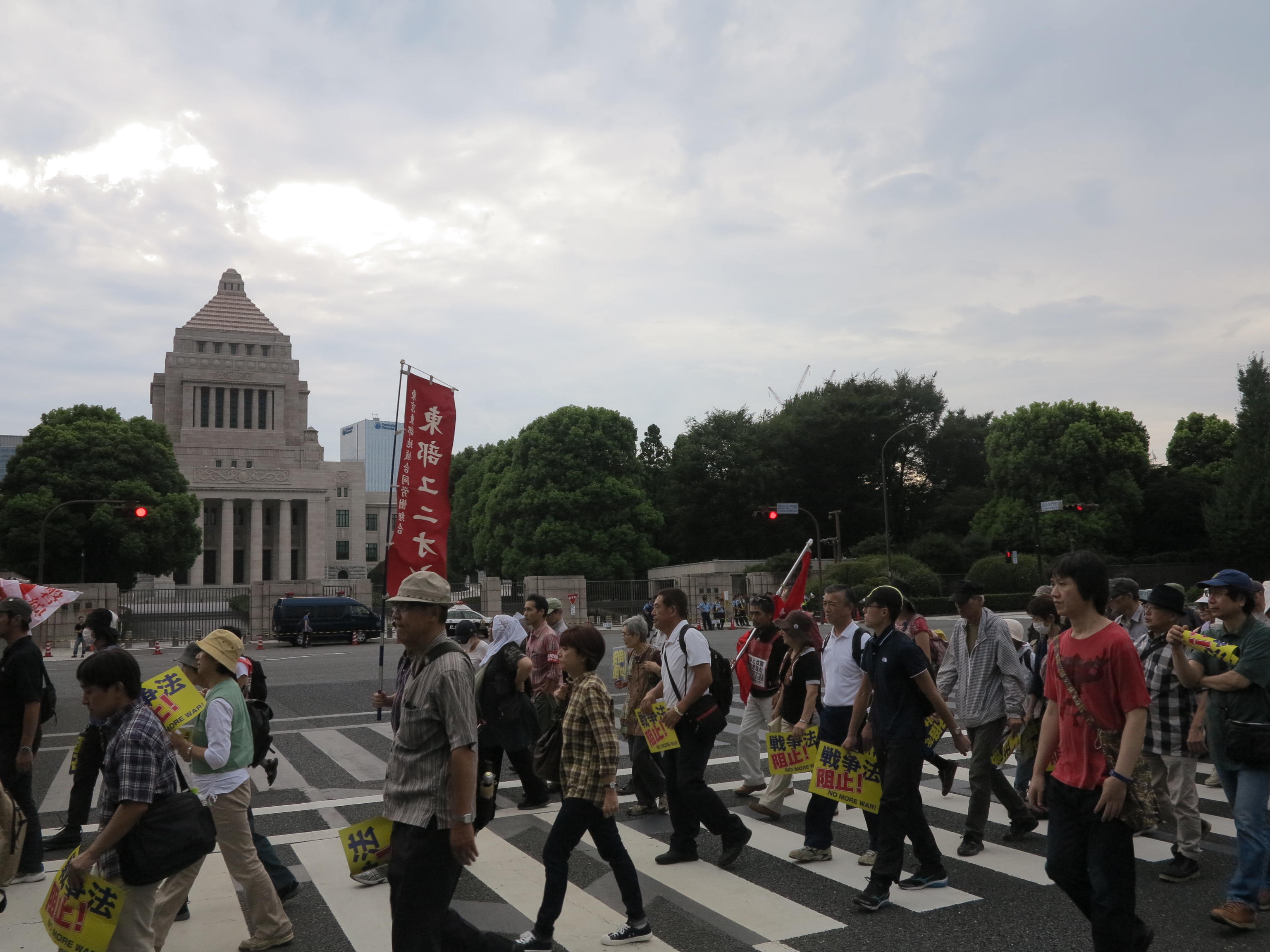 On my way back from Fukushima yesterday, I stopped by the Diet building in central Tokyo. There was a group of two to three hundred people protesting the present government's intentions to pass the new set of security laws. Tonight there will be another large demonstration in front of the Diet building. Each day the television reports the discussion continuing in the upper house. The opposition presents issue after issue, and Abe and his men intentionally steer themselves away from answering the questions. One opposition leader put it to the prime minister this way; "Mr. Abe, why don't you just give this issue up? You see too many of the people are against this set of laws." Government officials argue "The Japanese people have always been cautious of new security treaties. But at each historical turning point the Japanese government has pushed on to implement needed changes, and the Japanese people have benefited. In retrospect I think you would agree that the decisions of the past were good. We are standing at such a juncture once again."

This argument is deeply misguided and self-serving. The people have stood up to protest a government that has crossed the line - to disregard its own constitution for the sake of national security.

The Japanese government is trying to push through a new set of security laws which would allow the Japanese Self Defense Forces to enter more fully in supporting US military maneuvers anywhere in the world. Prime minister Abe is trying to deliver on his promises made to the US last December, before he even opened the issue up for discussion with his own people. 99% of constitutional lawyers agree that these laws are unconstitutional. People all over Japan are standing up in protest. Polls show that 60% of the public feel the government has not fully explained the reasoning behind the laws. On August 26th 120,000 people protested in front of the Diet building in Tokyo, and there were protests in 350 locations throughout Japan. Abe, who has a majority in the Diet, is determined to take the vote on September 17th ignoring the uproar from his own people. The US will be pleased if Japan can take a more active role in the Far East. But this move by Abe and his selective circle of friends to bypass the Japanese constitution is certain to heighten the tensions in east Asia.

Please pray for Japan. The Diet will move to vote on these laws either on the 16th or 17th.