This past month while watching the (sadly minimal) BBC coverage of the Winter Olympics, I was reminded of my privilege as an English speaker. Book-casing the half-pipe and back dropping the ice rink were signs written in Korean and in English. If the Olympics had been in an EU country, that would not have surprised me. However, seeing familiar English words while viewing sports I am largely unacknowledged about taking place in a country I know even less about, brought an unexpected comfort to me. I thought about people across the globe who don’t know English or Korean and that small, but still present, barrier they would experience from having to rely more on their commentator to translate the events of the Games.

One might think an American serving in England would fail to experience language barriers. Others might think the British accents would be hard to understand, but beyond that, everyone speaks the same language so it would be fine. Overall, my fluency in English has made my life in England much easier than if I wasn’t as familiar with this influential language. I feel grateful that English is my first language especially since learning new languages is very difficult for me. However, there is one context of my job where speaking only English is not the privilege it typically is: the Roma Drop In.

Below are some words from Barbara, a church member and fellow worker at the Roma Drop In. Here, Barbara discusses the history of the program and why she finds value in it.

Around 2009 some of the members of Lea Road Community Church noticed that changes in the population around the church were occurring. Quite a dramatic and rapid shift was happening in the inner city community of Penn Fields. People – adults and children – were arriving from Eastern Europe and settling in the neighbourhood. It was decided that an effort needed to be made to welcome folk, and if possible to offer friendship and help.

Originally set up in 2010 as a place of welcome to newly arrived members of the Eastern European Roma community, the Roma Drop In offered to as many as 60/70 adults and children a welcome and support and advice with housing, accessing health care, education and benefits issues.

A community café on the same day, Thursdays, provided cheap and nourishing food for some of these folk. Help was also given with housing desperate families and sourcing furniture and essentials. Due to the large numbers of children and young people attending with their parents, games sessions and art/craft sessions also became a part of Thursdays.

We have continued the Roma Drop In, which has evolved over the years. Fewer people come for advice and support, as folk have gained employment and greater financial security. It is now more of a meeting place for friends and family, although we still offer some support and help. The local police team have, since the beginning, offered friendly contact to a hard to reach and isolated community. Now most of those involved on Thursdays are from the Czech Republic, although some are from Slovakia and Albania.

For me, the key to all our activities is friendship and welcome. As I live in the inner city area surrounding the church, I have seen how over the years, friendships have developed, and where once there was distrust and suspicion there are now smiles and hugs!

Since the Roma are mostly from the Czech Republic, they are fluent in Czech. Most adults speak Czech at home with their kids, so when situations get heated between the kids, they typically switch from speaking English to Czech. When I am the American in a room filled with 30 Roma kids and youth, my privilege as an English speaker is irrelevant. I am not able to speak Czech. My ability to facilitate positive connection between the Roma youth is often restricted by my reliance on them to translate their conversations. I am not able to speak with the great grandmother of many of the Roma youth I work with. Maria is charismatic and extremely respected among the Roma at the Drop In. We have upbeat and friendly interactions using the limited English Maria knows, but I am unable to have conversations with her and therefore feel barred from fully knowing her. It would be an honor to hear and understand her story. 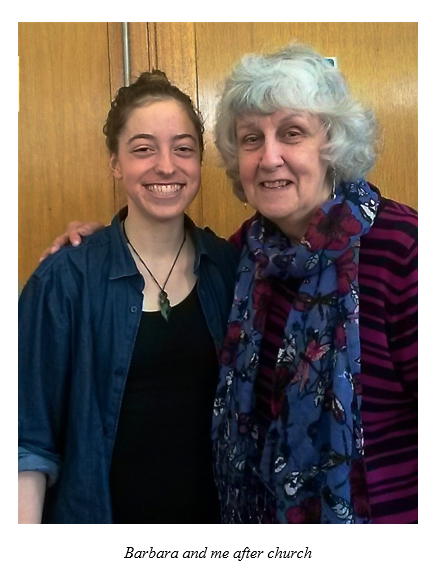 The Roma community is generally renounced in British culture. They face discrimination and aren’t integrated with the rest of the city well. The Roma kids I work with dis-proportionally struggle with bullies in school and live very difficult lives outside of school. Many white British people I have talked to about my job with the Roma Drop In have had closed-minded opinions about the Roma and cannot understand why someone would make an international volunteer like me work with them. Though I have gotten offers from people to go do other things with them during the Drop In time specifically so that I don’t have to go work at it, I consider the Drop In one of my favorite aspects of my work in Wolverhampton. I feel so grateful to spend time with the Roma and I learn so much from their vibrant and lively personalities! The kids are their authentic selves even though their authenticity makes them stand out as Roma even more. They are unafraid to be themselves: a gift that many people lack.

Though the Roma are generally viewed in a negative light by society, and despite my inability to understand the language they are most comfortable with, I am privileged to know the Roma at the Drop In. I am privileged when one boy hugs me and tells me I’m his best friend every week. I am privileged when another teen, who wants nothing to do with most adults, wants to shoot hoops with me. I am privileged when I am witness to two fighting boys apologize and goof off together. I am privileged because this connection and trust I have built with these Roma kids is something not everyone experiences. They have let me into their challenging lives, and while I listen to them and try to be there for them, they have given me so much hope and joy. 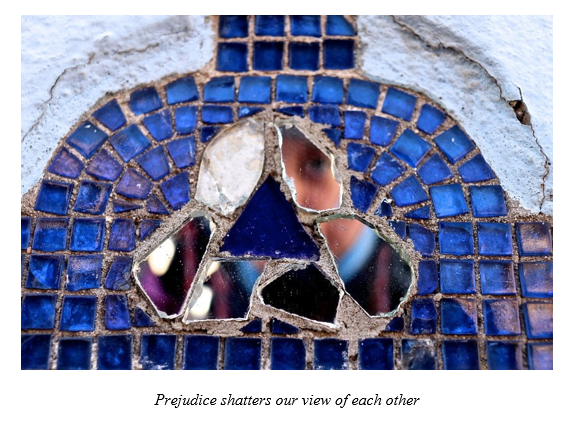 What if getting to know someone with a different background was something everyone looked forward to? What if befriending someone with less stuff or less education was viewed as valuable? What if our society redefined privilege? Yes, having enough resources, knowing an influential language, and being free from discrimination are advantages that unfairly make many lives, including mine, easier than others. Yet the intrinsic advantage of connecting with someone whose culture is so different than one’s own and being able to say “I deeply care about them” brings another level of fulfillment that society often overlooks. This fulfillment addresses the human spirit. It uplifts everyone involved.  It transforms a neighborhood into a community.