Blessed are the peacemakers, for they will be called children of God - Matthew 5:9 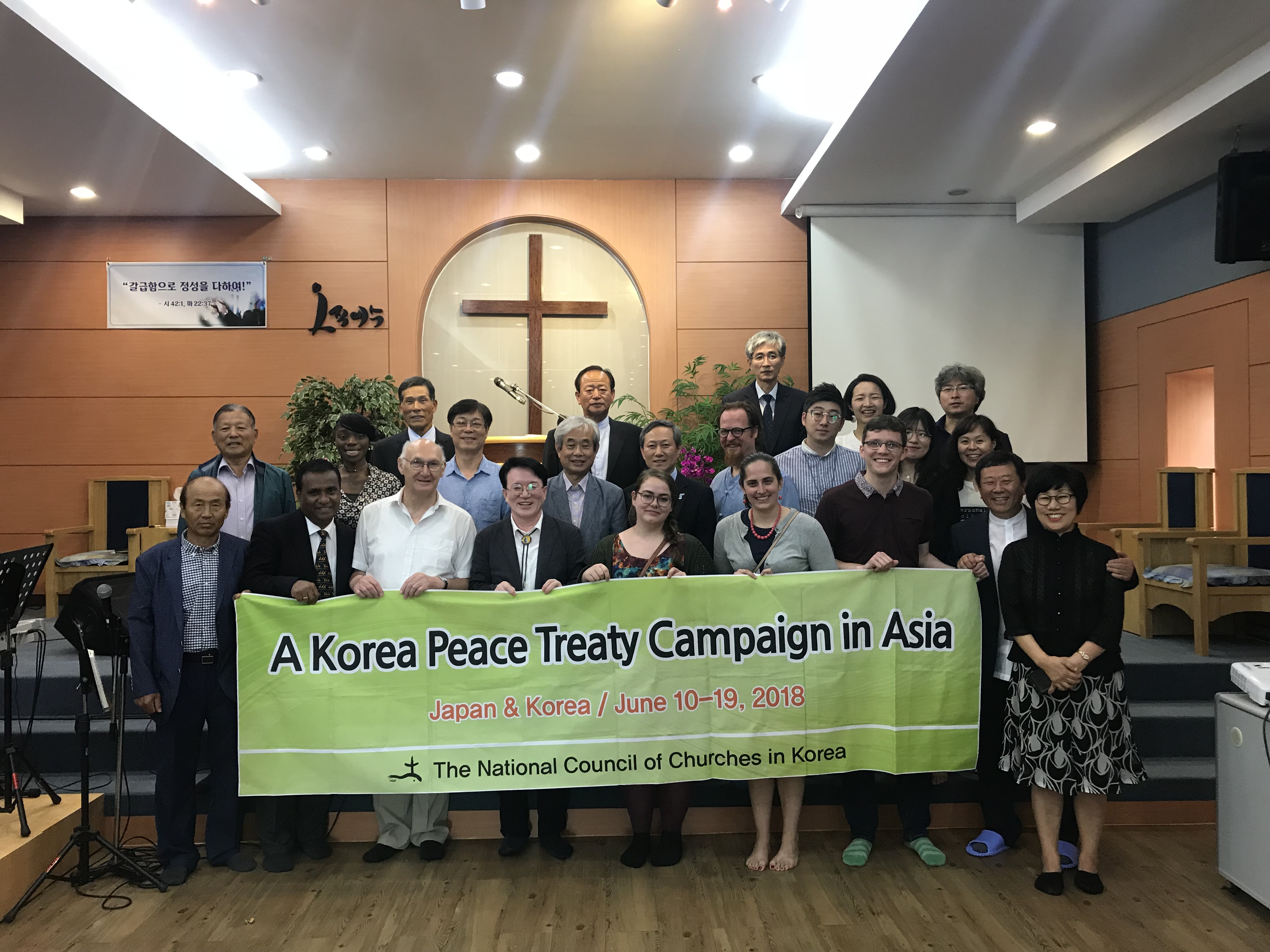 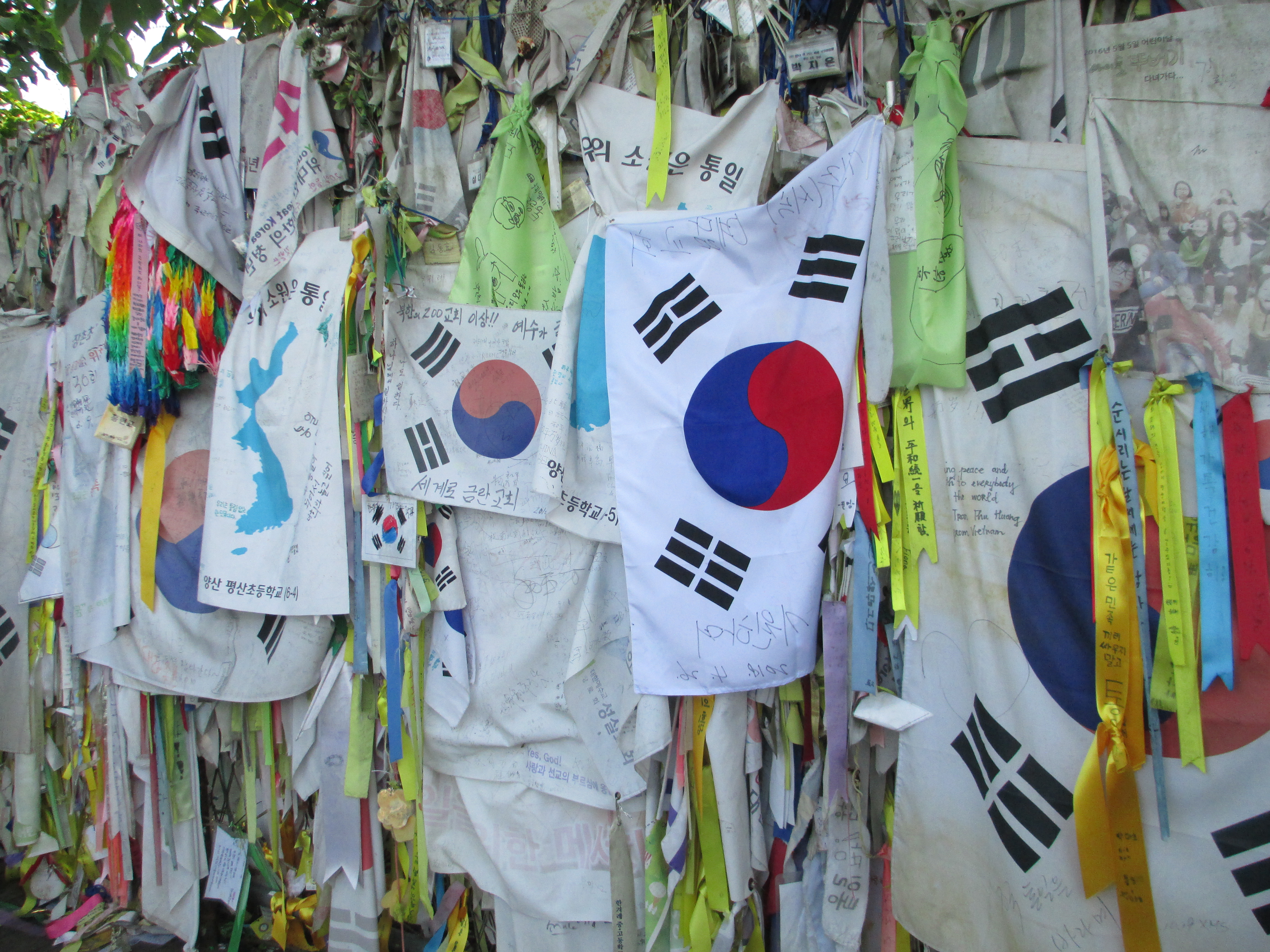 In Hiroshima, we heard stories from hibakusha (survivors of the atomic bombings in Hiroshima and Nagasaki), Koreans, and Japanese which described how conflict is the hardest on ordinary people and people living on the margins. While the atomic bomb that was dropped on Hiroshima took out military installations and hastened the end of WWII, most of the victims of the bomb were civilians and people who were forced laborers. Today, the people suffering the most from international sanctions imposed on North Korea are those in North Korea who have little power and little money.

These personal stories were extremely powerful. Storytelling is one of the oldest art forms and it is still one of the most powerful ways to convey information. Personal, first-hand accounts allow listeners to imagine and learn while providing a way for the storyteller to overcome trauma and tell their truth. When I listened to a Korean-Japanese hibakusha tell her story of what happened to her on August 6, 1945, I could almost feel the heat of the blast on my face and taste the fear and panic that she felt. I was able to imagine myself into her story and I could more easily empathize with her and with other hibakusha. 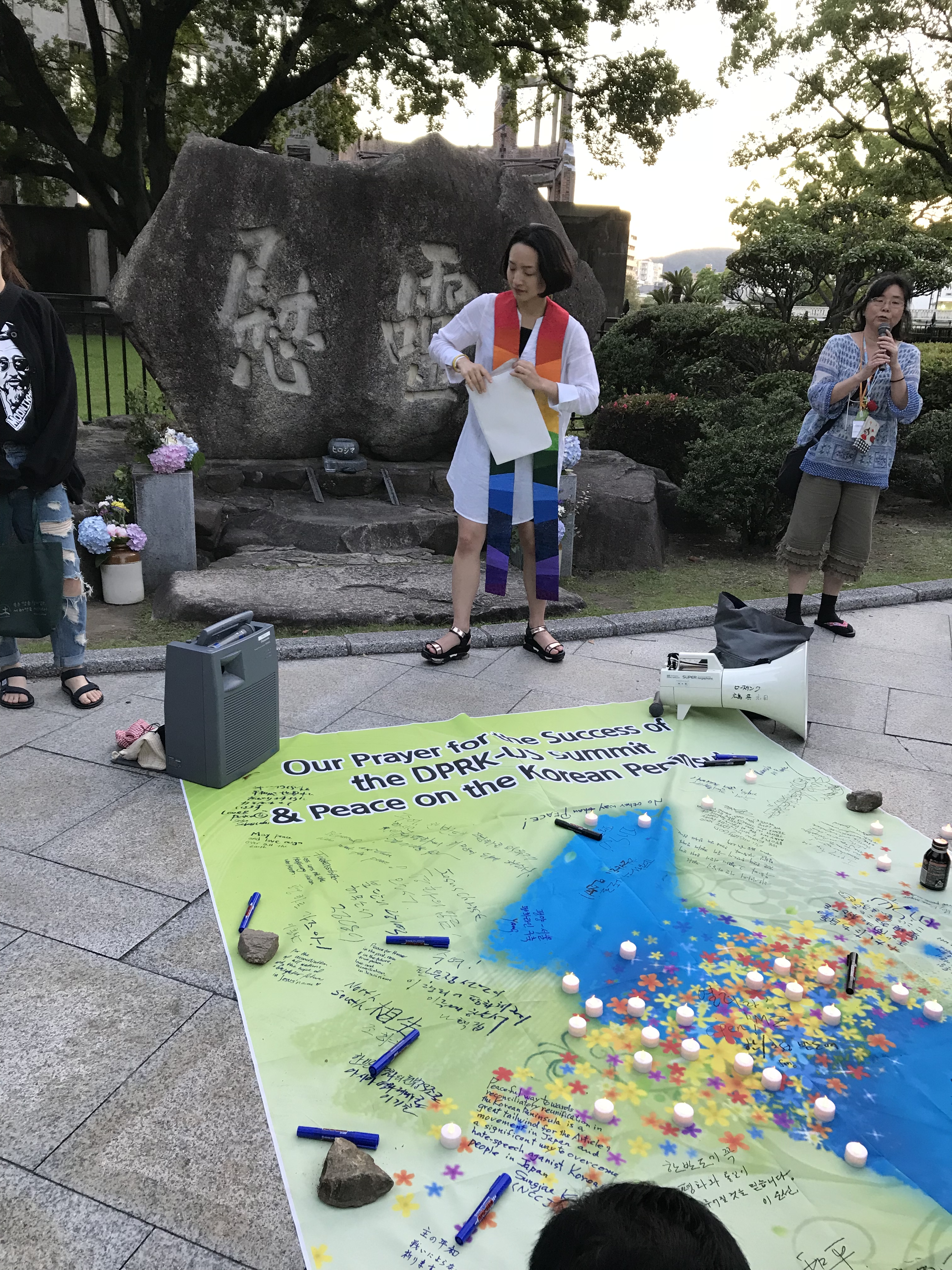 While we were meeting in Hiroshima, President Trump met with North Korean leader Kim Jong-Un in Singapore. Most of the US coverage of the summit was very pessimistic and skeptical that peace could happen. The South Koreans in our delegation felt the opposite. They were hopeful that these talks could provide a foundation for peace and eventual reunification of the peninsula. They have faith in President Moon Jae-in and support his overtures to North Korea. In fact, the NCCK has called for peace and reunification since the mid-1980s despite public and governmental opposition. Its leaders have been fined and jailed for meeting with North Koreans and providing them with food aid, among other acts.

The thing that stuck with me throughout the trip is that peace is an active pursuit. Peace is not just the absence of war and therefore something passive. Peace is a declaration of non-violence, yes, but it is also a commitment to dispute resolution, relationship-building, and communication, all of which are active, difficult tasks. It’s so much harder to talk about emotions and feelings and work out a solution than to fight. Fighting is easy. Peace is hard. 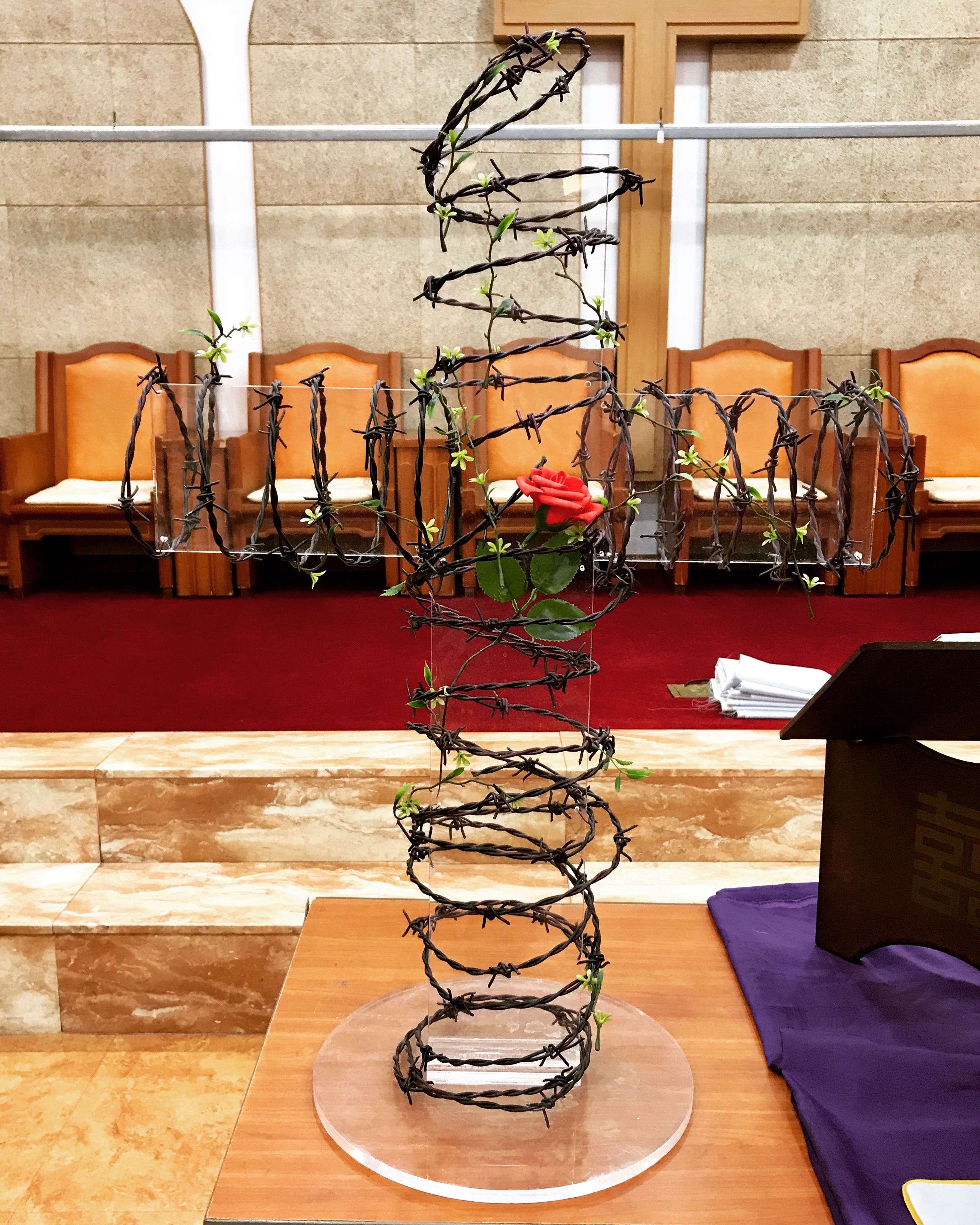 Japan’s current Constitution was written by Americans in the aftermath of WWII. It is called a Peace Constitution, in part, because of Article 9 which renounces war and the use of force. This commitment to peace enshrined in Japan’s Constitution could have been used to actively promote and work for peace around the world. However, Japan has turned inwards and not engaged in war or peacemaking. It also hasn’t come to terms with its past and the legacy of imperialism, conquest, and colonialism. In fact, the current division of the Korean peninsula is a legacy of Japanese colonialism.

As Christians, we must stand together with our global partners in loudly proclaiming our commitment to peace and justice around the world. Our East Asian partners have already taken some concrete steps towards peace. Now we must pray that our leaders hear our collective voices and actively pursue peace.

The below video is of the Prayer of St. Francis from the closing worship of the Article 9 Conference at the Hiroshima Peace Memorial Park in front of the Atomic Bomb Memorial Mound, which contains the cremated ashes of 70,000 unidentified victims of the atomic bombing.

O Divine Master, grant that I may not so much seek
to be consoled as to console,
to be understood as to understand,
to be loved as to love. 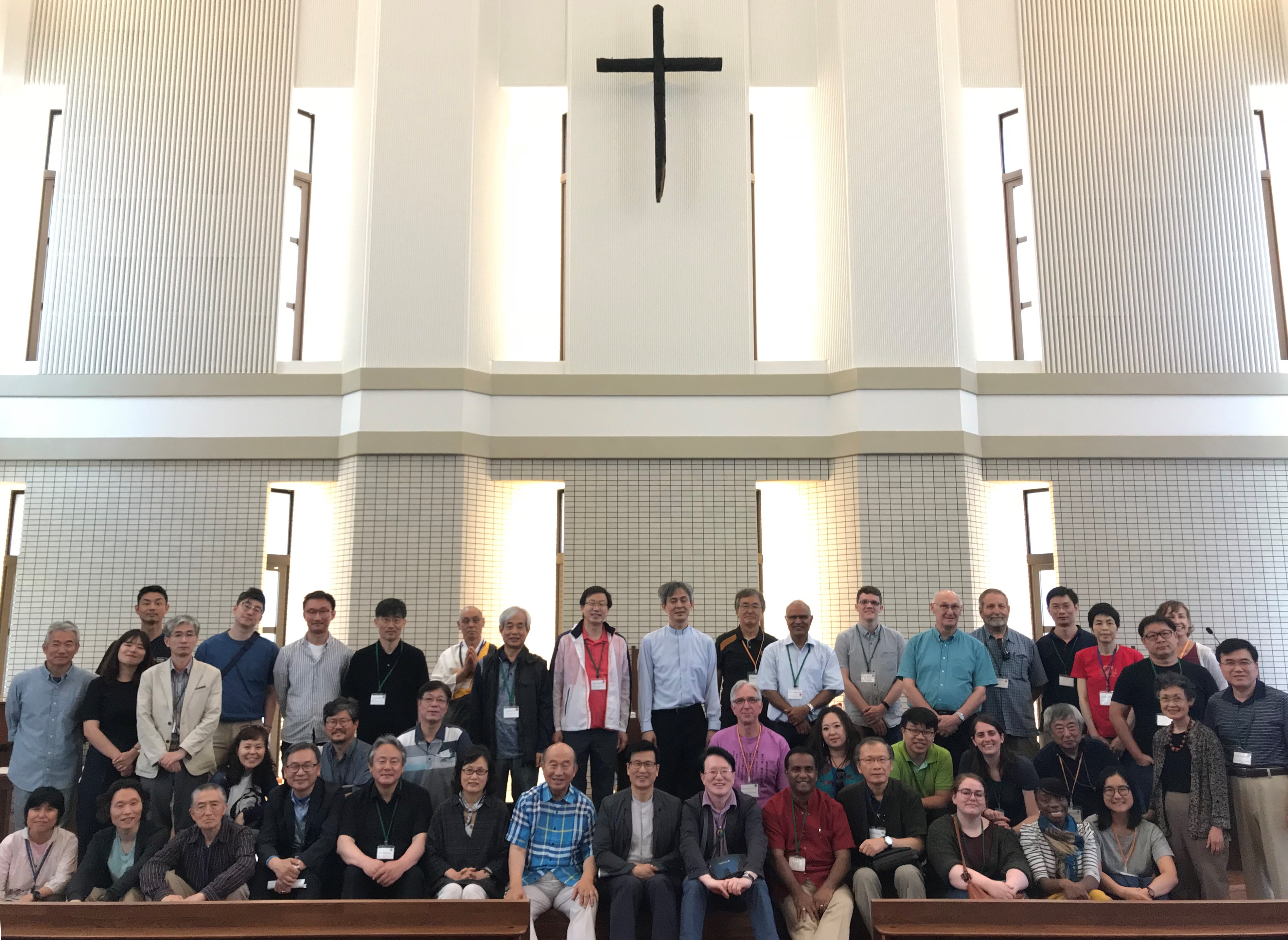