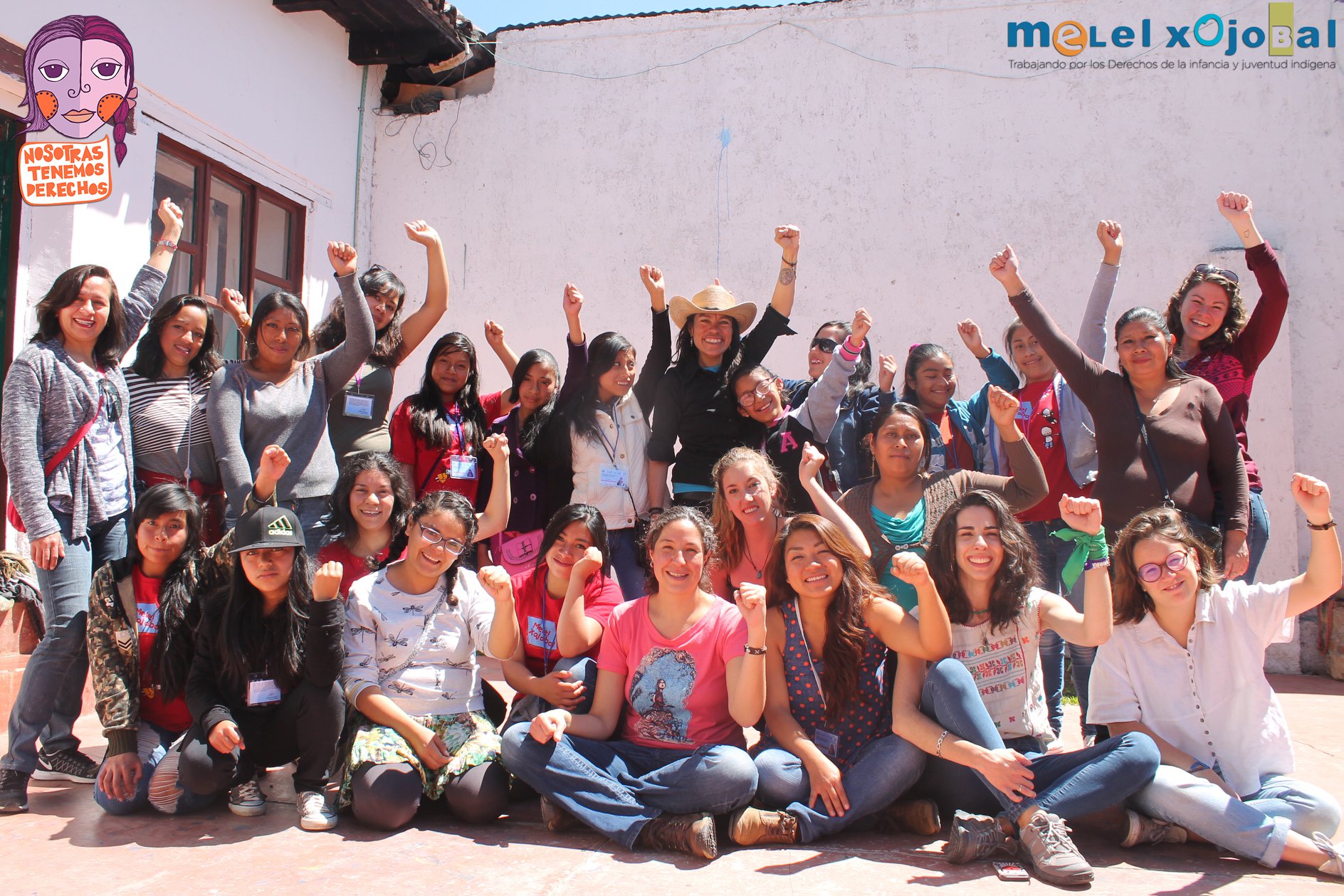 In celebration of International Women’s Day, 9,000 women from all over the world gathered together at a retreat in the highlands of Chiapas, Mexico to celebrate art and culture, play sports, and talk politics, grassroots organizing and self-love. Planned and led by the women Zapatistas, this international event was the first of its kind and drew women from as far away as South Africa, Patagonia, and Palestine. Every one of the 16 women who work at or are full-time volunteers at Melel Xojobal, along with 12 teenage girls who take part in our programing, attended this 5-day retreat in an effort to promote sisterhood, recognize and understand the different struggles of women all over the world, and retake our bodies and spaces as women. 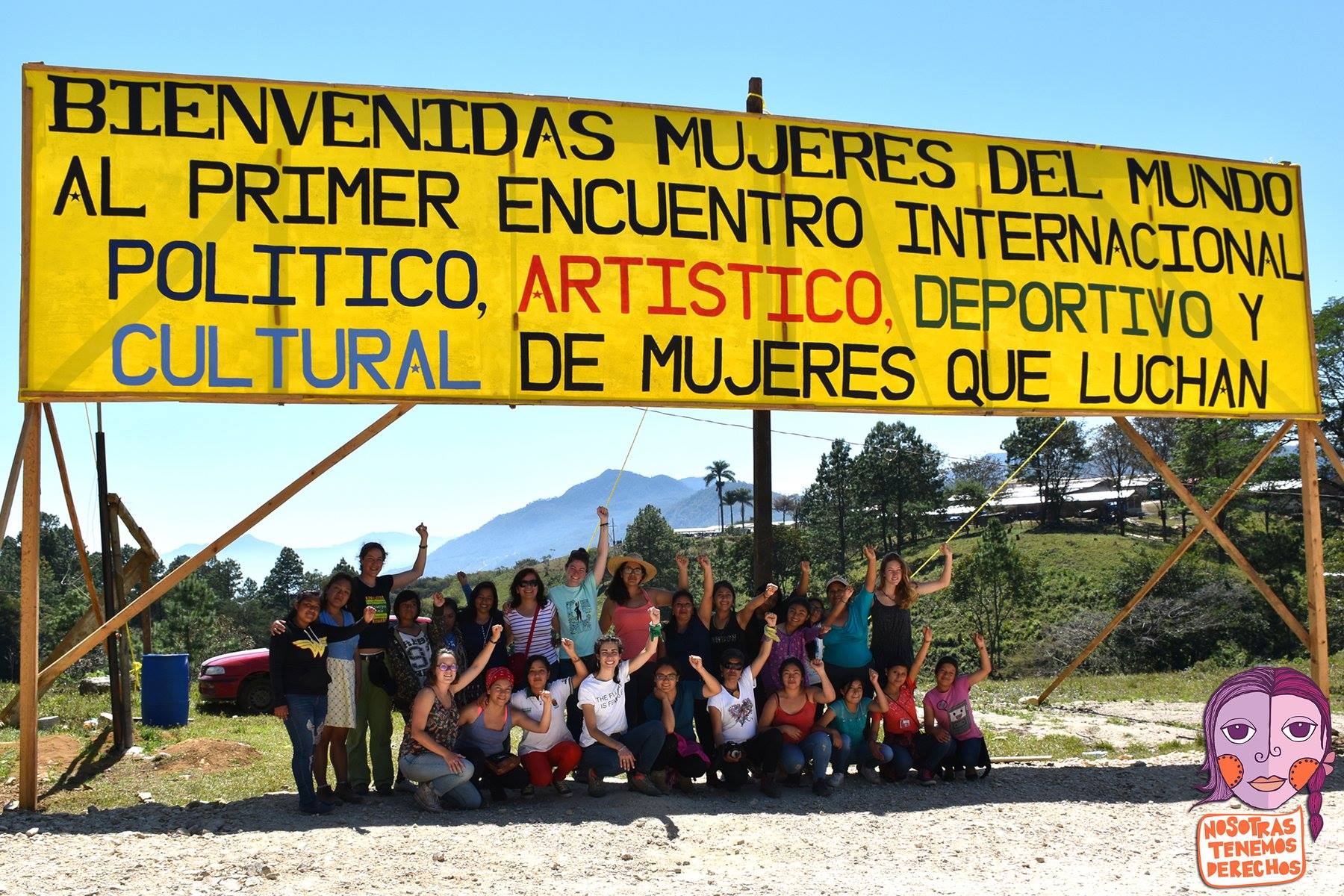 While I have a lot to say about the event and about International Women’s Day, I think this excerpt from the closing ceremony tells it better than I ever could:

On this 8th of March, at the end of our event, each of us lit a small light.

We lit it with a candle so that it would last, because with a match the light goes out quickly and with a lighter, well, sometimes they just stop working.

This small light is for you.

Take it with you, sister and friend.

When you feel alone.

When you are afraid.

When you feel like the fight is long and life is difficult, 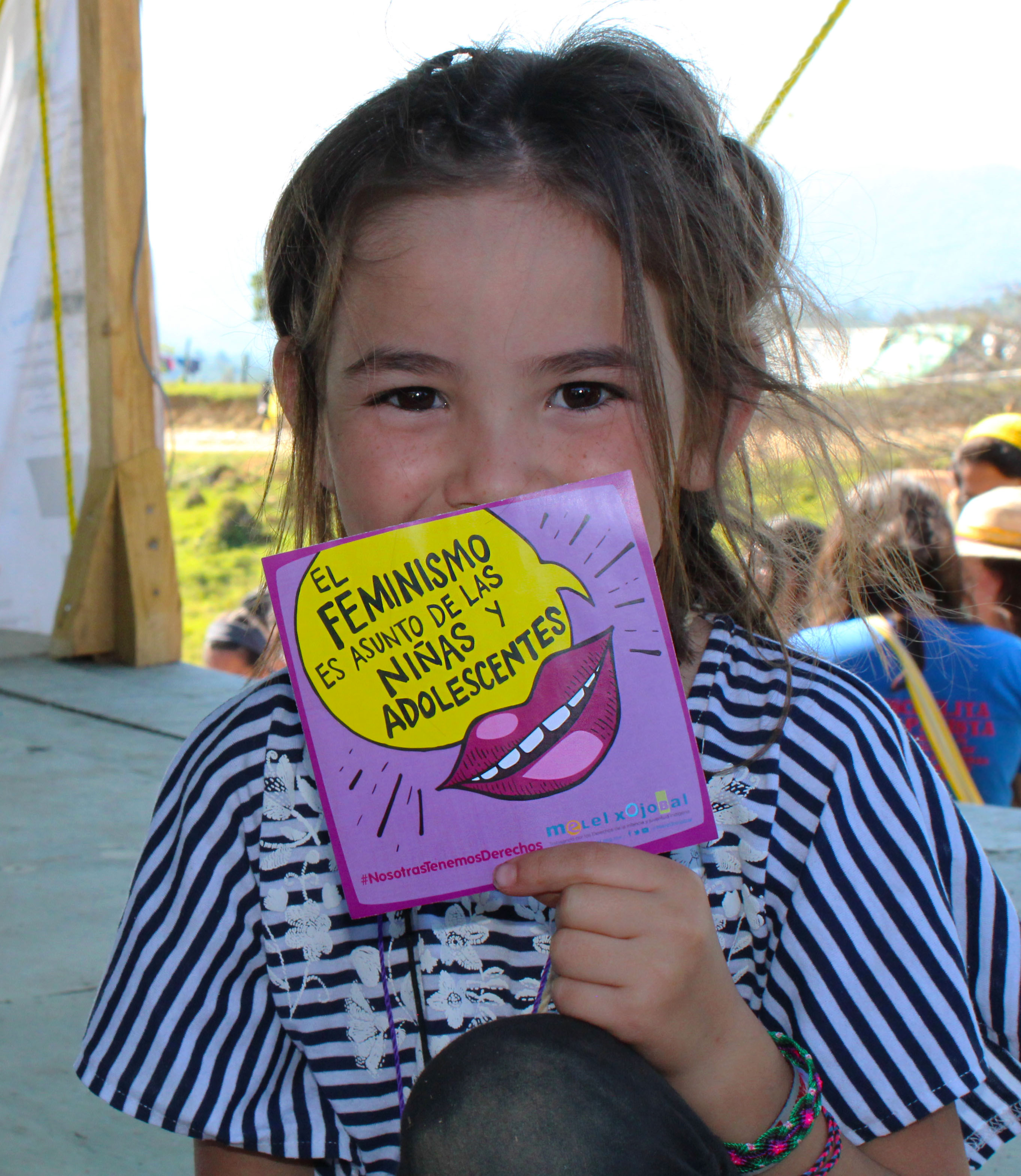 Light it again in your heart, in your thoughts, in your gut.

And don’t keep it just with you, friend and sister.

Take it to the disappeared.

To the sexually abused.

To those abused in any and every way.

Take it to the migrants.

Take it and tell every woman that she is not alone, that you are going to fight for her.

That you will fight for the truth and justice that she deserves for her pain.

That you will fight so that the pain that she carries won’t be passed on to another woman in any part of the world. 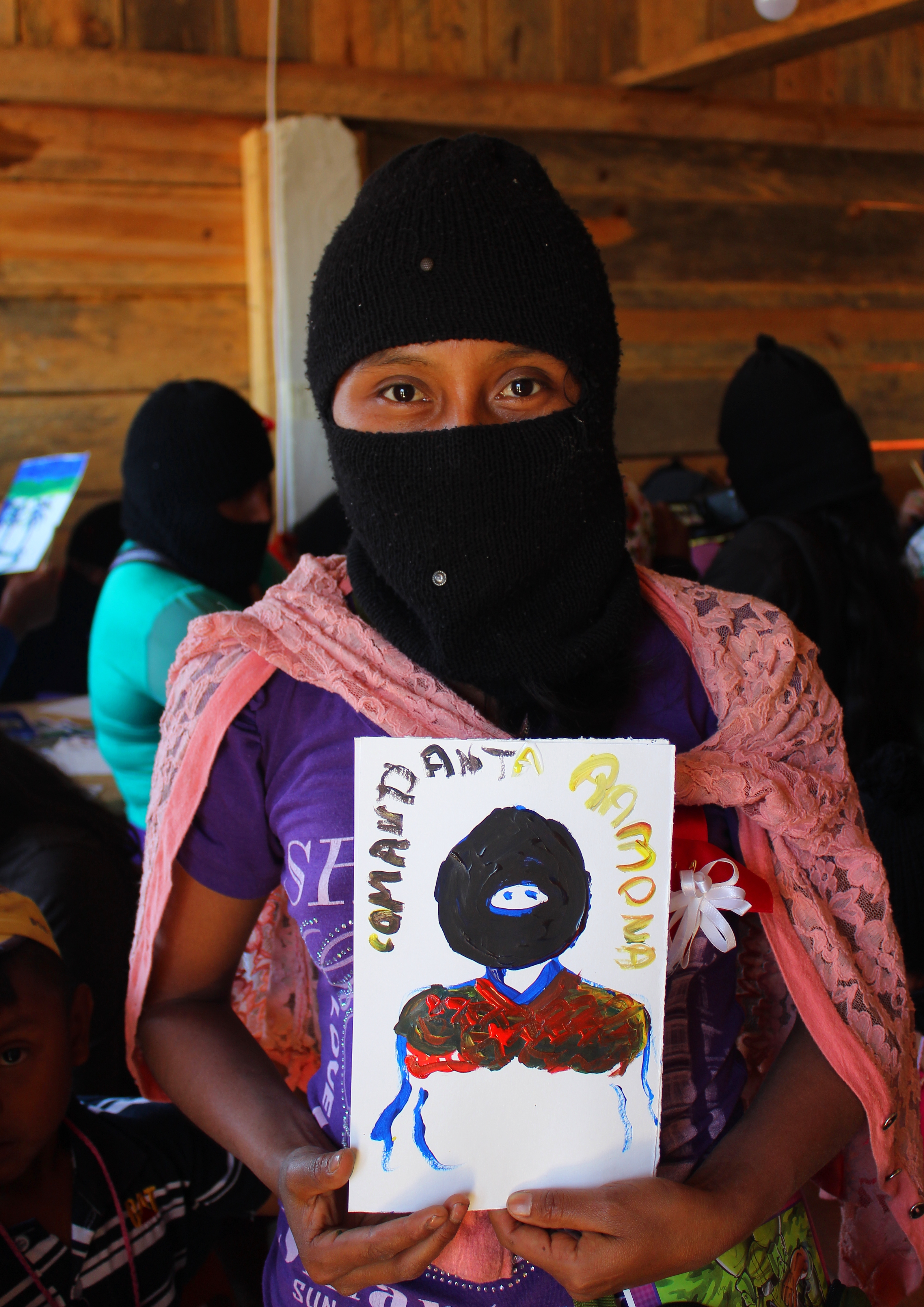 Take it and change it into rage, courage, decision.

Take it and join it with other lights.

Take it with you, and maybe you will realize that there will never be truth, nor justice, nor liberty in the patriarchal capitalist system in which we live

Then maybe we will see each other again when we set fire to the System.

And maybe you will be there with us to make sure that nobody puts out the fire until all that remains are ashes.

And then, sister and friend, that day that will be night, maybe we will be able to say with you:

“Good, and now we’re going to build anew the world that we deserve and that we need.”

And then maybe, just maybe, we will understand that the real work has finally begun. And right now as we are talking we know that we are practicing and training so that when that day that will be night finally comes we will know what things will be most important in the world that we will build together.

And that which we need is nothing more than a world where no woman, from whatever part of the world, of whatever color skin, of whatever size, age, language, or culture is afraid. 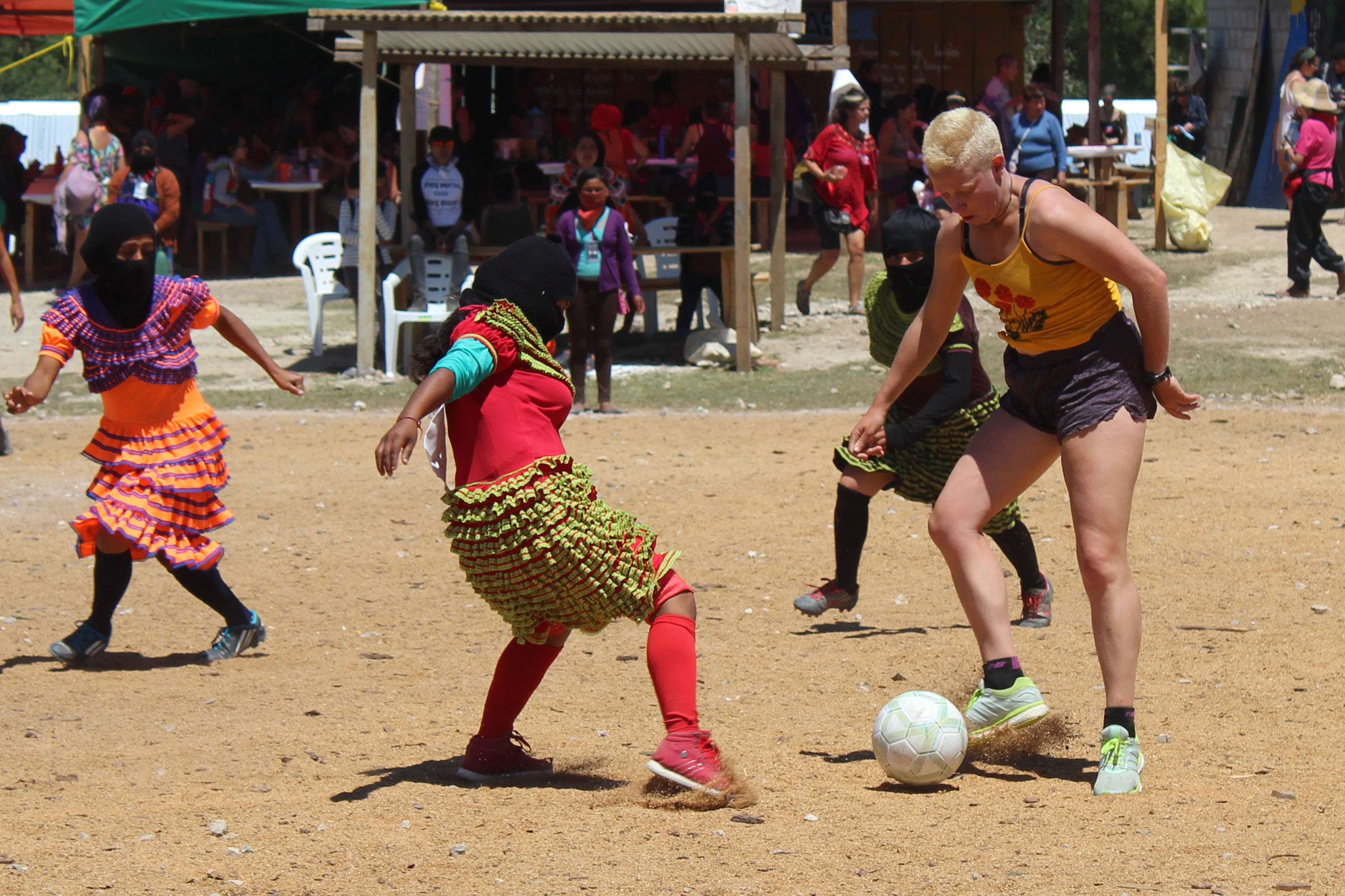 Because here we know that now that we have said “enough is enough!”, the journey has just begun and that there is still work to be done.

[…] So, we agree to continue living and fighting, each in her own method, her own time, and her own reality.

[…] We propose to agree to meet again a second time next year, but not just here in Zapatista land, but also in your own worlds, in agreement with your own time and your own methods.

In other words, that each woman organizes her own meetings of women who fight for our rights or however you want to call it.

[…] So when you come back next year you’ll be able to tell us about the women that gathered together, the things you discussed, and the agreements you made.

In other words, that you arrive here next year with bigger hearts, deeper thoughts, and greater fights.

Nevertheless, you are welcome here, women who fight for our rights.

To read the entire closing speech in Spanish or in English visit http://enlacezapatista.ezln.org.mx/2018/03/10/palabras-de-las-mujeres-zapatistas-en-la-clausura-del-primer-encuentro-internacional/

Cara McKinney serves as a Global Mission Intern with Melel Xojobal, in Chiapas, Mexico. Her appointment is supported by Week of Compassion, Our Church’s Wider Mission, Disciples Mission Fund and your special gifts.