Syria Crisis and Our Churches’ Response 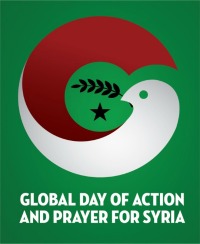 Where is God – Razek Syriani

On Justice and Peace – Mary Mikhael

First Federated Church group visits with Syrian refugees in Toledo – Watch the below video of their visit!

Finding Refuge – 60 Minutes segment from Oct 16, 2016 on Syrian refugees and the US resettlement process