Report of the ecumenical solidarity mission to South Sudan

The All Africa Conference of Churches (AACC) organized an ecumenical high-level solidarity mission to South Sudan from 17 to 18 August 2016 in the framework of its Peace and Advocacy programme.

The delegation was composed of:

The aim of the mission was to express the solidarity of the Church in Africa with the Church and the people of South Sudan at this difficult time. It was also aimed at assuring them again of the prayers of their brothers and sisters all over the world and of the support of the AACC. It was important, so that they can stand firm and keep their prophetic voice, when the political leaders seem to be overwhelmed. To that effect a message was delivered to the various groups. (Kindly see the appendix attached)

Highlights of the visit 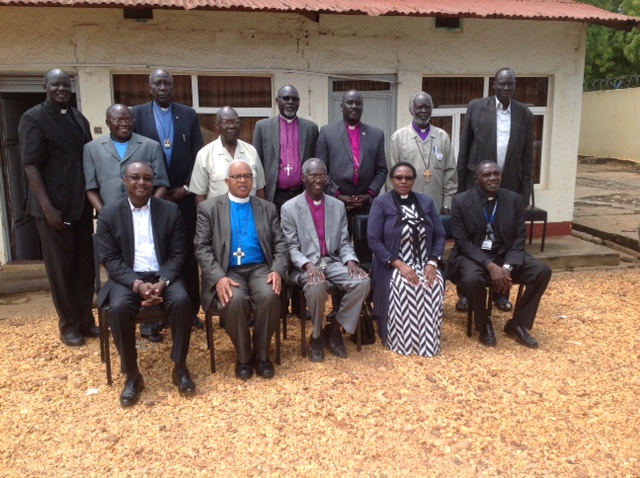 The delegation met with South Sudanese Church leaders, especially those from the South Sudan Council of Churches, the Minister for information and broadcasting, Hon. Michael Makuei Lueth, women and members of the “Core Group” partners – which is made up of representatives of humanitarian agencies active on the ground and working closely with the Council. The delegation also participated in an ecumenical service at the “All Saints Cathedral” in Juba. During the service, prayers were led by members of the delegation and some South Sudanese Church leaders. The homily was given by Archbishop Emeritus Wabukala based on 1 Peter 4: 7-11.

Relationship between the Church and the State 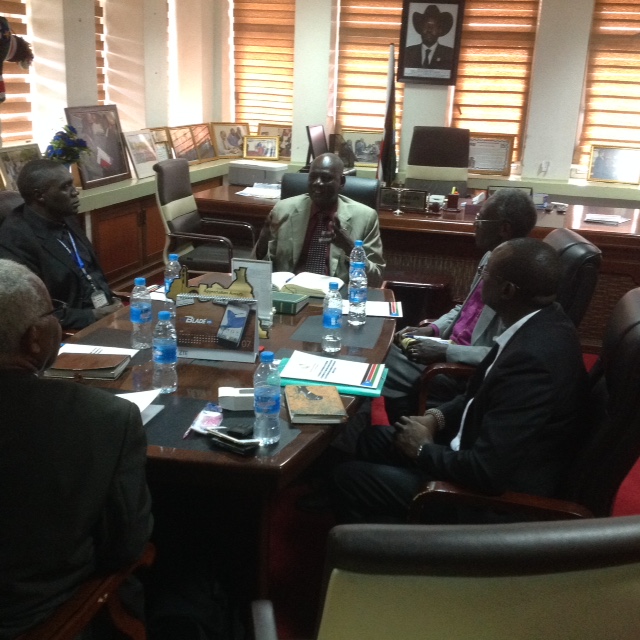 The relationship is good so far, because Church leaders have always been invited by the State or Government for State official functions. Recently, Archbishop Paulino LUKUDU LORO was told by the President that the Church should work and help the government reconcile the people of South Sudan. The Council is also trying to reach other political actors.

The current situation on the ground

At the political level, there were still a number of areas of disagreement between the members of the government from the SPLM and SPLA-IO, which was rendering the application of the recent agreement signed in April 2016 difficult. There were also some external dynamics influencing the situation in the country.

There is a state of tension, despair and fear among the population that the situation may turn for the worse again, any time. On the humanitarian front, there is still a lot of hunger, lack of water, lack of fuel or firewood, high cost of living, etc.  The population is experiencing a lot of trauma, sweeping through all the layers of the population, including Church leaders. A lot of people are still displaced, both internally and externally. Schools, health facilities and other basic services have closed or reduced their operations.

People have left the churches’ premises and have been facilitated by the Council to go to the neighboring countries. As for those hiding in the bush, the Council has tried to reach them with some humanitarian support through the support of SSCC core group partners. The process included the International committee of the Red Cross (ICRC) and the South Sudan Red Cross (SSRC).

Generally, there is still a high level of illiteracy (90% of the population) and people are scrambling for leadership positions and wealth.

What the churches in South Sudan are doing 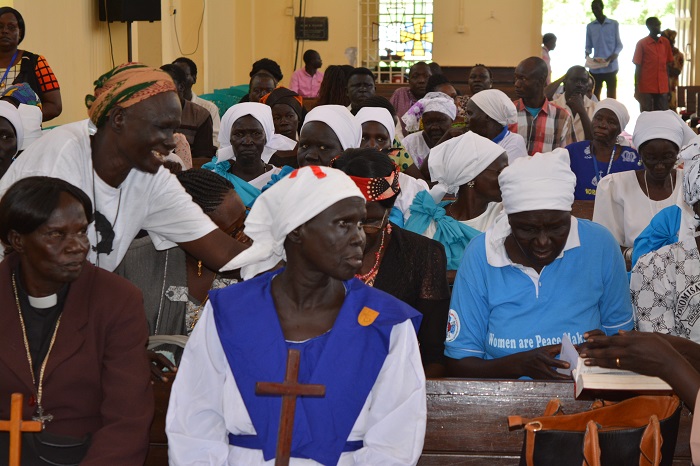 During the recent crisis, churches welcomed internally displaced people on their compounds and offered them basic necessities, in collaboration with the humanitarian agencies on the ground. They really became a sanctuary for many people.

In order to strengthen their unity as the body of Christ, the South Sudan Council of Churches (SSCC) organized a meeting on 13 August 2016, which gathered almost 200 bishops and pastors across various Christian denominations, a historic event for the Church fraternity in South Sudan. During the meeting, they issued a common message on what they wanted to see happening in their country. In the document, they said: “We must now come together to lead God’s people to peace. Not just the peace that is signed with ink on paper, but also the peace that loves your neighbor and prays for those who persecute you” as recommended by the Bible. And also: “We have considered as member churches of SSCC to speak in one voice and walk in unity. Because a Church united is a wellspring of goodness for all”.  The message is also urging them to refrain from using the pulpit to spread bitterness and division. 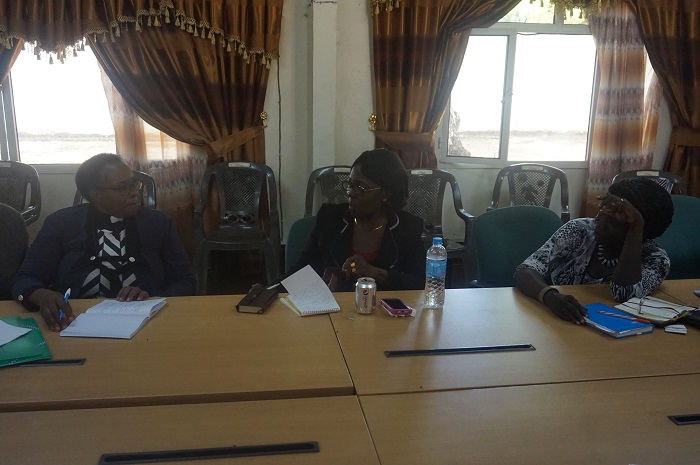 Women also had been organizing a series of prayer and fasting meetings once every month, which are well attended. The latest had over 500 people in attendance. One of the participants, who work with the government, has also initiated a similar prayer session held every Monday.

What is expected from the AACC

The ecumenical high-level visit was well appreciated by the various stakeholders. The AACC is pledging its willingness to continue accompanying the process towards peace and healing in South Sudan. It will endeavor to work with the South Sudan Council of Churches by providing expertise, guidance, resource persons and advocacy tools, whenever possible, in order to give to the people of South Sudan hope for a better future.