Response from Secretary Kerry and Vigil Held for Berta Caceras

The murder of Honduran activist Berta Cáceres on March 3rd has sent ripples through Latin American policy circles and those who had worked with her on environment, indigenous, or Honduras-specific causes. Within the United Church of Christ, she is remembered for her life's work, while those whom she met are mourning her death. 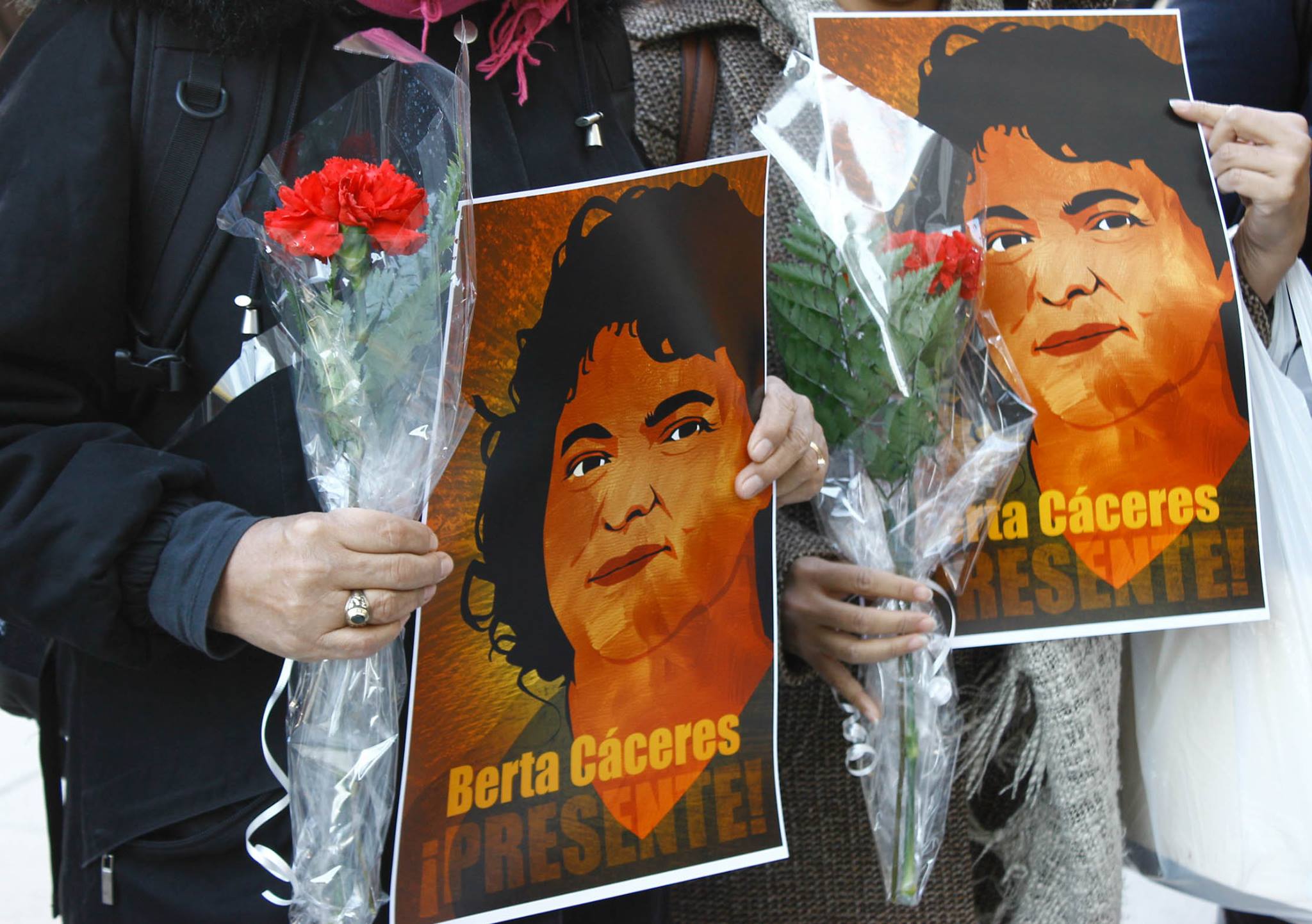 On Tuesday, April 5, a vigil in honor of Berta Cáceres was held in Washington DC, beginning outside of the World Bank and marching to the Organization of American States (OAS) to meet Bertita as she exited an Inter-American Commission on Human Rights hearing. The group gathered for the vigil included members of Berta's family, colleagues from COPINH, local DC activists, visiting human rights defenders from throughout the Americas, and representatives from a wide range of environmental, indigenous, women's and human rights organizations.

For more on the vigil, see:

Blog by Brian Finnegan of AFL-CIO: Family and Allies of Berta Cáceres Remember Her Life and Continue Her Struggle

School of the Americas Watch's photos from the vigil