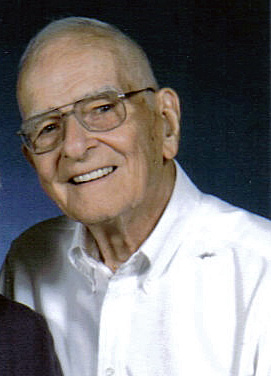 Ronald Stuart Seaton was born August 6, 1926 to missionary parents in Nodoa, Hainan Island, China.  He attended high school in Hong Kong until 1941 when he and his family left China due to the imminent threat of World War II.

Ron Seaton continued his education in the United States by attending the College of Wooster, Wooster, Ohio 1943-1944, and Trinity College in Hartford, CT 1944-1947, where he majored in chemistry.  After graduation with his MD from John Hopkins University Medical School, Baltimore, Maryland, his internship and residency was interrupted from 1951 to 1953.  He served in Korea with the United State Army Medical Corp.  During that time, he cared for North Korean and Chinese prisoners on Kojedo Island and was awarded a Bronze Star medal for continued care for patients after U.S. personnel had been evacuated due to a prisoner uprising.

Dr. Seaton was able to continue and finish his internship and residency after his return to the U.S. at Church Home and Hospital, Baltimore, Maryland.

It was December 27, 1947 that Ronald and Edith Bender were married. In 1956, they began working in India through the Presbyterian Church.  Dr. Seaton was the director of four Kolhapur Church Council hospitals and the Chief of Surgery at St. Luke Hospital, all in Venguria, India.  The Seatons welcomed four children:  Stuart, Paul, Ronald, and Jonathan.

In 1974, through a special three-denomination board (the United Church of Christ, the Christian Church [Disciples of Christ], and the Presbyterian Church) the Seatons were appointed to again serve in India through the Christian Medical Association of India.  During this time, they worked together on community health projects until 1991.

After retiring from service in India in 1991, Ron looked to a new way to serve.   He joined the Summers County Hospital (later Appalachian Regional Hospital) in Hinton, West Virginia, where he served as a surgeon until 1999.  He also was a member of the choir in the First Presbyterian Church in Hinton.

Ron felt community health had top priority, and after this second retirement he started a Community Wellness Center in downtown Hinton.  He was active in the Lions Club and Ruritan Club (a rural development organization), and was a leader in a group working to develop an assisted living facility.

Later in retirement, the Seatons moved to Penney Farms, Florida where Ron plunged into volunteer programs, worked as an on-call doctor, cleaned the grounds at the cemetery, worked at a local business, fed patients in the nursing home, served meals at one of the assisted living units, sang in the Men’s Chorus and local church choir, and maintained two gardens.