Seeds of Peace in Asia 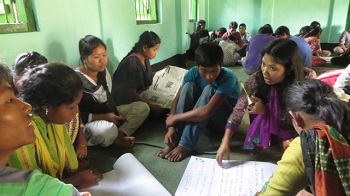 Our interfaith youth network for justpeace, Interfaith Cooperation Forum (ICF), held our annual program committee meeting for several days in January in Siem Reap, Cambodia, to plan our activities for this year. The main activity once again will be the School of Peace (SOP) for three months beginning in July that will be held near Yogyakarta, Indonesia, for up to 20 youth between the ages of 20 and 30 from throughout Asia. SOP is the program that binds all of the ICF network members together as everyone in our network of 115 young people in 17 countries has been a participant. 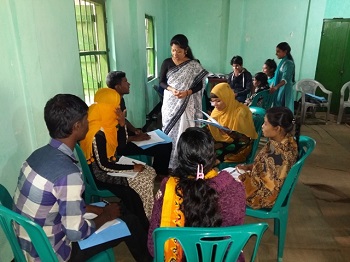 In addition to SOP, we’ll also hold a number of workshops throughout the year that will focus on developing a justpeace curriculum for children, community organizing, human rights, faith and justpeace, and tools for transformation that will emphasize the use of music for education and advocacy on issues that affect a community or society.

I will once again be responsible for conducting the two human rights workshops that we have planned this year. The first workshop that is scheduled for May in Thailand will be part of a series of workshops we’re held since 2012 to train some of our SOP alumni to be human rights resource people. At the second workshop scheduled for September in either Bangladesh, Nepal or Sri Lanka, the participants will be from South Asia as we feel that this subregional approach helps us focus on the human rights issues that are most relevant to this part of Asia.

As well as make plans for ICF’s work this year, the program committee members from several Asian countries—Bangladesh, Cambodia, Indonesia, Nepal, the Philippines and Sri Lanka—also shared about their work and/or their interfaith activities. Their interfaith involvement and commitment to justpeace, or peace with justice, included working with orphans created by the 2004 tsunami or the nearly three decades of civil war in Sri Lanka; supervising 500 community-based groups, which include 15 popular theater groups with 150 members, to empower women in Bangladesh to uphold their rights; and leading an Islamic center that promotes good interfaith relationships in a community Mindanao in the Philippines where there are increasing tensions between people of different faiths and between Sunni and Shia Muslims as well as extremist propaganda in the mosques.

Several years ago ICF formed national forums in nine Asian countries where we have at least five SOP alumni, and it was inspiring to me to hear at the meeting in Siem Reap about the initiatives of some of these national forums in the past year, such as a workshop devoted to identity and peace in Bangladesh or shorter versions of ICF’s SOP in Cambodia and an indigenous village in Indonesia. Moreover, the national forums in Bangladesh, Nepal and the Philippines plan to organize short-term SOPs in their countries this year.

All of this work at the national level reflects the commitment to interfaith justpeace among the SOP alumni as none of them receive a salary from ICF. For me, this level of enthusiasm, energy and dedication indicates hope for the future in a part of the world where poverty, human rights abuses and violent conflicts are too prevalent.  ICF’s work is largely planting seeds of peace and providing various tools and skills to respond to political, socio-economic, cultural and religious problems in Asia. It is rewarding to see these seeds of peace bear fruit through the efforts of the SOP alumni in their local and national context. Stories in the media often create despair, but the quiet work of many of our SOP alumni indicates that there is potential for positive change that affirms life and builds relationships among people who perceive themselves to be different because of their ethnic, racial or religious identity.

In Hong Kong, where I live, people’s attention is fixed on the selection of the city’s next chief executive, or governor, in March from among four candidates. While a committee of 1,200 members will technically choose the next chief executive, the vote with the most influence is that of the Chinese government as it’s common for figures from the pro-establishment camp on the committee to withhold their support from any candidate until they know through the subtle or not so subtle actions of the Chinese government who it supports. This phenomenon is not new since it’s been a feature of life to some extent here since Hong Kong once again became part of China in 1997, but it seems to be more pronounced in the last few years.

Bruce Van Voorhis serves as missionary with the Asia and Pacific Alliance of YMCA’s in Hong Kong. He serves as the Coordinator for Interfaith Programs. His appointment is made possible by your gifts to Disciples Mission Fund, Our Church’s Wider Mission, and your special gifts.