Shoulder to Shoulder Applauds Passage of the NO BAN Act 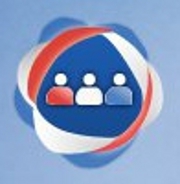 The Shoulder to Shoulder Campaign, of which the Christian Church (Disciples of Christ) and United Church of Christ are founding members, applauds today’s House vote on the passage of The NO BAN Act, which would repeal the harmful Muslim, African, refugee, and asylum bans put in place by this administration and establish vital protections against future discriminatory bans.

We cannot forget that one of the first acts of the current administration was to implement a racist travel ban policy, with the clear intention (based on numerous campaign promises) of banning Muslims.

Click here to read the full Shoulder to Shoulder statement.