“It’s an earthquake!” As the ground rolled under our feet at Haigazian University, we stirred with uncertainty as to how long it would last.Seconds later, when an explosion blew out windows all around, we realized that the first was not an earthquake at all, and that we had entered a new, sad chapter in the current history of Lebanon. Sorrow has been heaped upon sorrow.

The huge inferno at the Port of Beirut that devastated, in varying degrees, nearly half of the capital city brought Lebanon yet lower into the mire and yet farther from any hope of recovery from its travail of the past months.

A mismanaged and crashing economy, unsuccessful and feeble attempts to combat corruption, stresses of hosting a refugee population numbering nearly half of the country’s resident citizens, reduction of electrical supply to 3 or 4 hours a day, the diversion of crucial resources to combat the coronavirus – all of these were more than most could bear. Now this, and people ask “What’s next? What more could possibly happen?”

Glass is everywhere. Haigazian’s buildings were all affected heavily. The churches and schools of the Union of the Armenian Evangelical Churches (UAECNE) sustained great damage.

The sliding glass doors that form the entire front of the Near East School of Theology came crashing down. Thousands were injured, and the death toll is rapidly approaching 200. Homes and businesses were shattered. One side of our apartment, located in the UAECNE headquarters, had all its doors and windows blown inward. An elevated roadway near the blast site has been closed and is in danger of collapse. 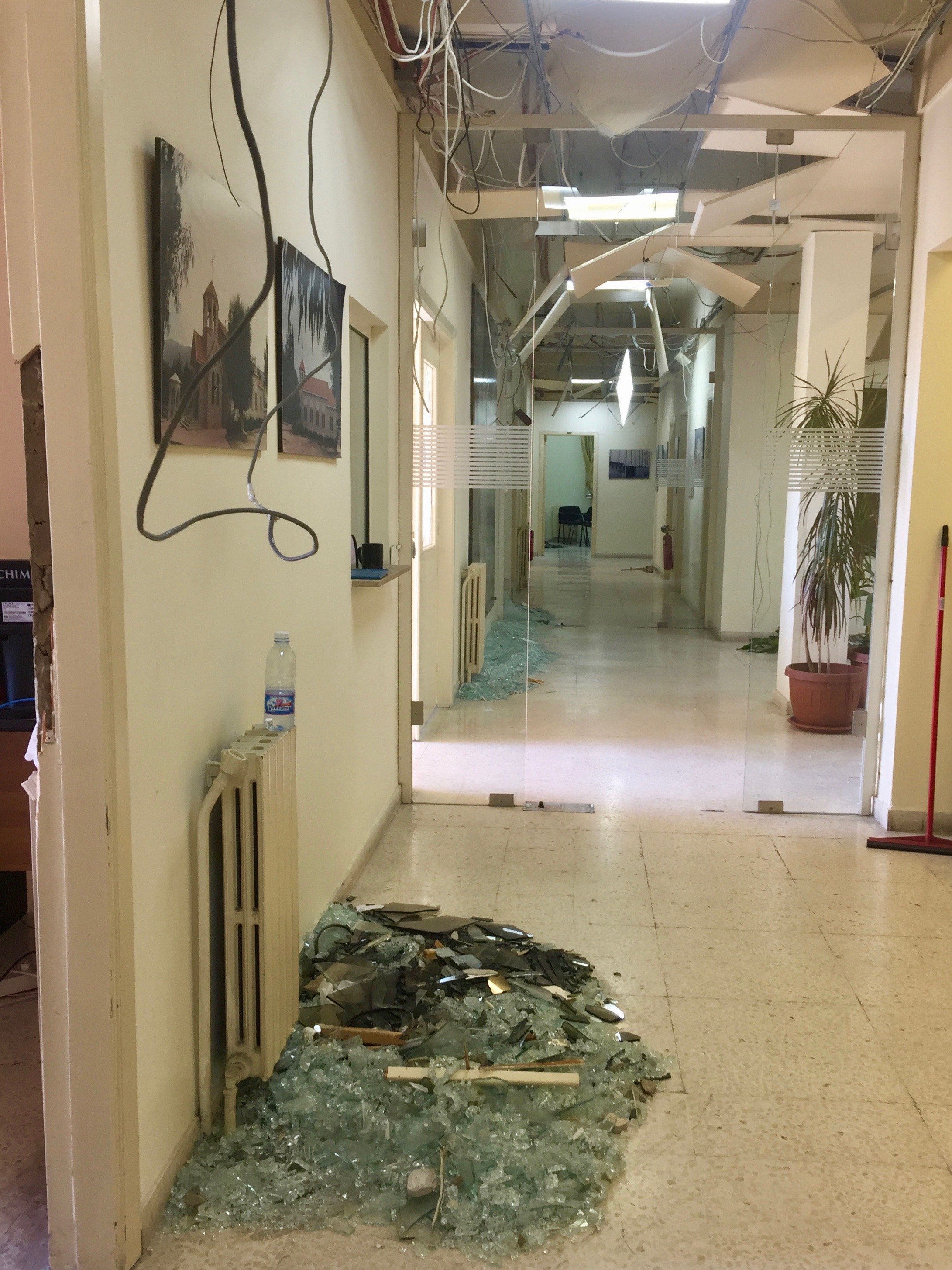 Yet the greatest casualty of this event on a breezy August 4th evening was the spirit of the people. It has been crushed, demoralizing a population wishing for a better tomorrow for their children, hoping to stem the tide of emigration for job opportunities. Is it “crushed but not broken” (2 Cor. 4.8)? That remains to be seen. Our work in the meantime is to pray, serve, listen, encourage, and trust God fiercely through all of this. Join us in prayer!