I was invited to attend a meeting on “Abundant Africa and the Theology of Environmental and Economic Sustainability.” The organizers asked me if I would be one of three “living books” during this meeting. I was not sure what I was supposed to do/say as a “living book.” 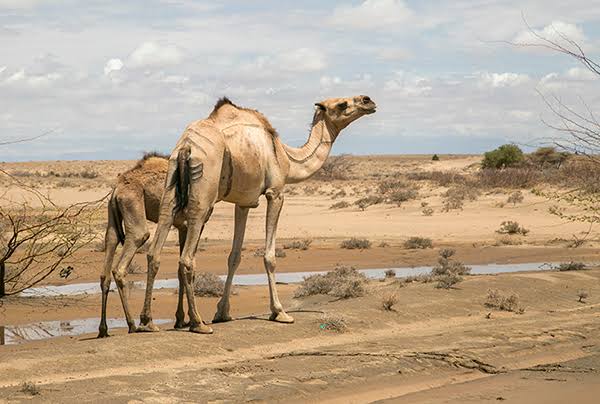 I teetered between requesting more information or embracing the unknown as an opportunity to allow my creative character to flow and give it my own interpretation. I went with the latter and prayed for the best. As a living book, I could not just say the words, so I decided to make and wear my book cover as well.

“The Living book” by Phyllis Byrd

“I can’t breathe,” I found myself gasping for air each step I took. This must be due to fatigue, caused by all the work I had to do in preparing to travel to the USA for three months.  Last June, I traveled to the USA for three months for an interpretation assignment and to take our youngest daughter to University.  I was in a frenzy trying to wrap up loose ends at my office in Kenya, stay on top of any documents the University required, and oversee my daughter’s packing.  M My morning routine included getting up at 5 am and leaving early to beat Nairobi traffic on the way to the office. I would then sit at a coffee shop next to my office and work until the office was opened. I was bringing home work from the office and going to bed late, trying to finish as much as I could. My self-diagnoses after getting sick on the flight from Kenya to the USA was because of the workload. After a few days of rest, I told myself, I am sure I will feel better.

Once in the USA, every day seemed as if the breathlessness was getting worse. I thought if I ignored the problem, it would go away.  After the General Assembly, I traveled to Connecticut to take part in a clergy camp. Upon arrival at the camp, I saw the exciting itinerary they had planned.  Oh no, an evening hike/walk.  I casually shared that I was not 100% myself and was not up for the walking aspect of the camp.  “I think you should see the nurse, and you should leave your medication with the nurse.” I thought to myself, it’s not that serious. I can leave my medication, but I am not going to talk to the nurse. I spoke to Dr. Google, and, according to him, I just needed to rest.  I casually mentioned to the nurse how I was feeling, and she began to list the possible problems. This list went from a minor to a major alarm. She ended by saying: I think you should go to the emergency room. I complied, and after several tests, the doctor came in with the results. “We are admitting you to the hospital because you have blood clots on your lungs.” This news was like a loud alarm that went off in my body. It put me on the path of healing.

“I can’t breathe.” While this is the living story of my experience, it also parallels forest conditions in many parts of the world. “I can’t breathe,” says the breathless voice of the 2 % forest coverage of the total landmass in Kenya. The recent short rains from October through December was not only much heavier than expected, but lasted for a longer period of time. The short rains wreaked havoc on the country’s infrastructure, with many deaths reported, loss of livestock, food production, and many people were displaced.

“I can’t breathe,” is heard throughout Africa from the Limpopo basin to the Volta river, with the shrinking of Lake Chad and the water hyacinth in Lake Victoria.  While Kenya was experiencing excessive rain during the short rainy season, Zambia was experiencing a drought leaving more than 2.3 million people facing famine.

The blood clots have navigated through the terrine of the ecosystem, causing a social and economic crisis; diseases, poor harvest, death of livestock, displacements, and death.

This is similar to my living story, where I did not grasp the depth of the discord within me. It was easier to make excuses and consult the internet doctors as I continued to live out the narrative I wanted to believe was true – “It’s not a major problem.”  No alarm went off that there is a problem that needs urgent attention, that mere rest alone would not fix.

One of the major crises facing the continent of Africa is climate change, which has a direct effect on the social, political, and economic harmony of nations. This requires an active response, an alarm that has a component of active prayers, and making the connections between climatic challenges to increased poverty, food insecurity, loss of livelihood, and the health crises. 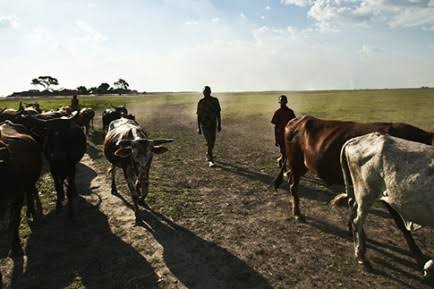 The living story that I shared during the “Abundant Africa and the Theology of Environmental and Economic Sustainability” conference was focused on West Pokot. But, as I work throughout Africa, the story is the living reality of many throughout Africa.  I was blessed to have an “Angel” nurse to sound the alarm of the potential crises and to point me in the right direction to get help.

As we move from Christmas joy to resurrection of Jesus Christ to Pentecost witnesses of the awesome, unstoppable transforming power of the Holy Spirit, we can’t help but sound the alarm. Our lungs are bleeding, and we can’t afford to brush it aside while we deal with other “pressing” issues. Sound the alarm, as we connect the dots to all of the pieces that cause the blood clots on the lungs of the forest, and the pending crisis it will cause if we do not prioritize the problem.

I want to say something about Kim, my youngest son, who came immediately to the hospital from NYC. When my sister heard of his rapid response and his actions, she marvelled.  I shared this with Kim and his response was, “I did what any child would do for their parent.” Born and raised in Kenya, he is the embodiment of “Erokamano.” This is a Luo word from my husband’s mother tongue. It is translated as “thank you” in English, but the deeper meaning is beyond a casual thank you. It means, “You have done what you are supposed to do.”  Or, the action you made was nothing extraordinary in the situation you were in. You did what was expected of you to do. It implies we are a part of each other, and the action that elicited a response came because of our connection. This is what we do when we sound the alarm over the blood clots in the forest. We do what we are supposed to do.

May “The effectual fervent prayer of a righteous person availeth much.”
(James 5:16 KJV).

The alarm has gone off.

May an electrical current flow through our prayer life which energizes us to action.

May we be a living testimony of God’s love in the world.

May we move from expecting praises (Thank you) to Erokoamano(s) – doing because we are supposed to do, we are connected.

Phyllis Byrd serves with the Organization of Africa Instituted Churches (OAIC) in Kenya. Her appointment is made possible by gifts to Disciples Mission Fund, Our Church’s Wider Mission, and your special gifts.

Make a gift that supports the work of Phyllis Byrd