One focus of the human rights movement in Indonesia has been to protect the traditional rights of indigenous peoples, particularly to the land and resources on which they depend for survival. Nevertheless, bulldozers of modernity continue to weaken these struggles as space in which local identities and ways of life might thrive continues to be strangled by capitalism.

Advocacy by the Evangelical Christian Church of Timor (GMIT) on behalf of indigenous people is ad hoc. Years ago, John and I quietly participated in resistance to marble mining in a main water catchment region of Central Timor. More recently, the Synod Moderator has taken a clear stand to oppose manganese mining that affects rural peoples in West Timor, and within a week of our return from the US this year, GMIT’s presbytery moderator on the remote island of Pantar, where a gold-mining enterprise is underway, invited John to talk about eco-theology with church members there. Yet others in the church who benefit from mining make it difficult to build consensus within the church to oppose mining. 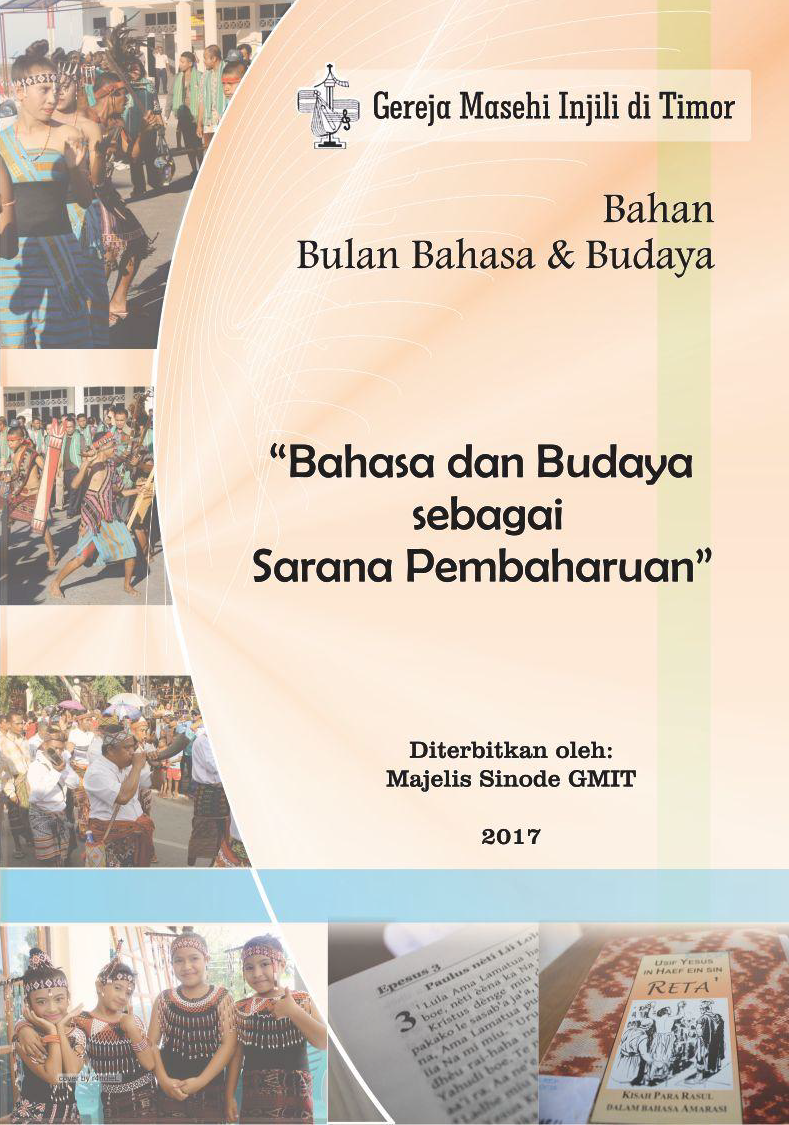 An aspect of indigenous rights that has been warmly embraced by the church as a whole is the celebration of cultural identity. This year the Synod office released a booklet entitled “Language and Culture as a Vehicle for Renewal” to encourage congregations to celebrate the diversity of cultures within GMIT. In her introduction, the Synod Moderator makes this point:

"Congregational development must not belittle local languages and cultures. I urge all GMIT congregations to rediscover the richness of [local] languages and cultures that have almost been forgotten. Products of language and culture, such as [traditional] musical instruments, songs, poems, dances, weavings, statues, carvings, etc. . . need to be reintegrated into our ministry."

The booklet continues with suggested liturgies and sermon outlines covering themes such as “Dancing and Singing for God,” “Language as a Tool for Witness”, and “Multiplicity of Cultures as the Wealth in Christ’s Body”. At the same time, reflection on key Bible passages such as 1 Corinthians 12: 12-31 parallels Indonesian national discourse about “unity in diversity”, namely a reminder of the potential threats of cultural diversity if there is not also respect for cross-cultural unity.

Another way GMIT supports indigenous identity is through its sponsorship of translations of the Bible into dozens of local languages. In many cases, this is the first time these languages have received a written form, and this is a major contribution to preserving these languages for generations to come. The church has also sponsored research into the rituals and prayers of local, indigenous religions in an effort to preserve as much of the pre-Christian religious heritage as is compatible with contemporary Christian faith.

GMIT has yet to expand this celebration of cultural identities to more broad-based and sustained advocacy of indigenous rights, but the foundations for such are being laid. Unity and uniformity are indeed two different things, but GMIT is learning that both are needed for a contextually relevant ministry.