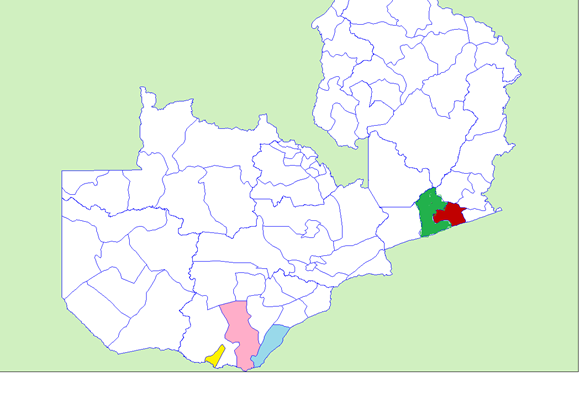 The United Church of Zambia (UCZ) was formed 1965 out of a series of mergers between protestant missionary churches in the country. The UCZ has been working with agricultural, women’s empowerment, and sustainable development since their beginnings. The area that this project is focused around, Petauke, is a large resettlement area for refugees from Mozambique, and home to a UCZ congregation. Members of this congregation have expressed interest in empowering their neighbors and community members through an agricultural project.

The Sustainable Agricultural Project for Ecological and Economic Development seeks to support 450 households in the Petauke district in the Eastern province. This project will select 40 community members to become trainers. These trainers will then teach 450 households small-scale farming techniques. The hope is that between 1,800 and 2,300 individuals will benefit from the project.

Trainers will teach families conventional and alternative farming practices that emphasize ecological sustainability. These practices focus on the protection and regeneration of the environment for future generations. They will also cover methods for income generation through selling produce helping increase food security as well as income levels of participant families. Two practices of particular interest in this project are agroforestry and conservation farming. Agroforestry has been proven to restore soil fertility and increase the number of nutrients in soil for nearby crops. Additionally, trees are more drought-resistant, providing a more stable production. In mitigating the effects of climate change, agroforestry has been successful in stabilizing erosion in communities, and assists in countering dangerous winds and high amounts of rainfall. Conservation farming methods learned by participants will assist in reducing erosion and emphasize ways to utilize scarce amounts of water during periods of droughts.