Psalm 24:1 “The earth is the Lord’s and all that is in it, the world, and those who live in it;
for the Lord has founded it on the seas, and established it on the rivers.” 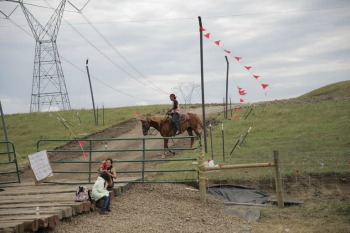 In 1976 our nation was awash in Bicentennial celebration. My mother made us unforgettable matching outfits—flared denim pants and wide-collared shirts with an embroidered pattern of colonial flags and drums.

But what I remember most from that season of Bicentennial spirit is the singing. In grade school in the late 70s we sang lots of patriotic songs and folk songs, which were supposed to be in their own way patriotic. But it was confusing as a kid, because sometimes the songs talked about peace and what was then called “brotherhood,” and other times the lyrics praised America as a nation born of battle and blessed by the sacrifices of those who discovered, settled, and built it. Even then I recognized America’s story is a complicated one.

The tale of America’s first Thanksgiving is similarly disconcerting. We’re told a beautiful story as kids—of pilgrims, kind and generous Indians, and prayers of gratitude for a bountiful harvest. But every year in school we learn more and more, like a secret gradually being let out, that the history between settlers and America’s indigenous people was rarely if ever so placid.

So individually and collectively we’ve matured in our understanding, right? While our nation may have been founded, forged, and bravely fought for, that’s just one side of the story. The other side of America’s story, of the Doctrine of Discovery and Manifest Destiny, is full of tragedy and catastrophe. What does a day of national gratitude mean for Native communities who lost so much life, land, and freedom, not to mention for the millions of enslaved Africans and waves of immigrants and the indentured poor? Can we even tell the white-washed version of Thanksgiving today?

A Native American speaker I heard recently suggested the day should be called Thanks-taking, for Native American land and identity continues to be stolen. Consider the current protest against the Dakota Access pipeline. As the Standing Rock Sioux Tribe protects their sacred territory and vital water resources, they are mindful of the long history of America’s broken promises and theft of native lands. We can be neither naïve nor nearsighted in our view of this particular situation. That a confrontation with First Nations over land persists suggests we are still not being honest about our past or honorable in our present as we proceed to tell the American story.

One of the folk songs I best remember from childhood is Woody Guthrie’s “This Land is Your Land.” I didn’t know then that Guthrie actually wrote the song as a protest against one of the best-loved patriotic songs of the time, Irving Berlin’s God Bless America. Guthrie heard the voice of many who suffered or were excluded from the promise of America, and honestly asked “if God blessed America for me,” or as he rewrote it, “if this land was made for you and me.” If our answer to that question is “yes” then we have to commit to make this land a blessing to all.

We may have much to be thankful for, but we can only give thanks as a nation with utmost humility and an honest confession of our theft and exploitation of Native American land. We can no longer pass on our collective narrative, or sing songs of peace or national pride, without listening to and respecting all sides of the story belonging to this land.

[This commentary is adapted from one originally appearing as part of the United Church of Christ's Witness for Justice series.]