Thapelong, Cabbage, and the Divine

One of the most intimate settings in which we’ve been able to connect with our Basotho neighbors has been at our weekly Prayer Circle meetings, Thapelong.  Thapelong gatherings are encouraged denomination-wide in the Lesotho Evangelical Church of Southern Africa (LECSA) and are seen by many involved in church-life as a vital expression of their faith. The LECSA church that we attend in the capital city of Maseru is very large and has many Thapelong groups organized by neighborhood. 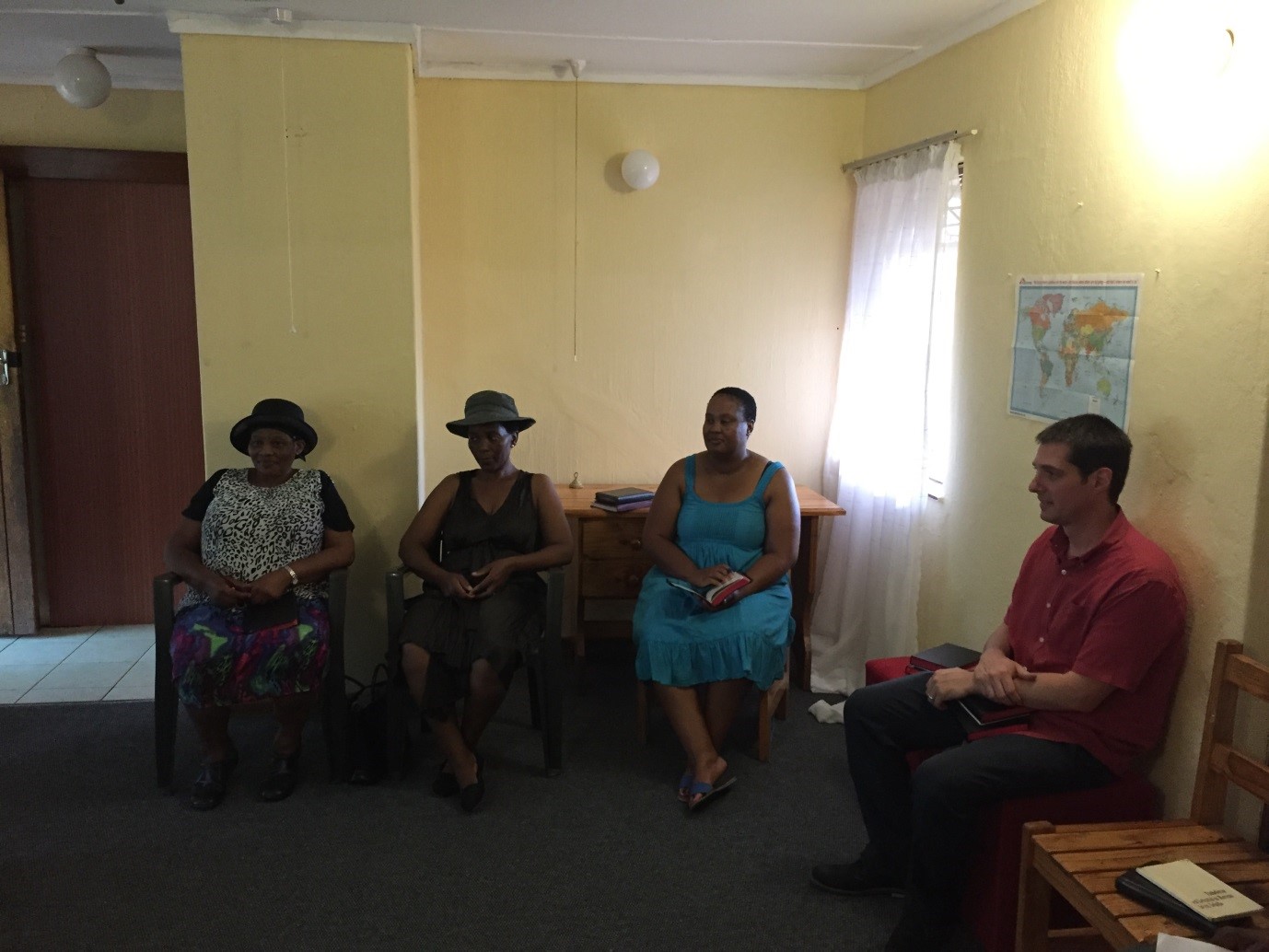 Not long after we arrived in Lesotho, we learned that our neighborhood belonged to the Ha Hootlo, Arrival Centre, and Florida Prayer Circle. Prayer Circle meetings are held in people’s homes and the locations are different every week, as members take turns hosting. Not only have we learned who our LECSA neighbors are, but we’ve had a chance to see different Basotho homes and learn more about our neighborhood. The meetings of the Hootlo Prayer Circle are fairly formal. They usually include prayer, a scripture reading, a teaching/sermon, an offering, and SINGING! Hymns are typically sung between each segment of the meeting, so we’ve had a chance to learn new hymns as well as the Sesotho versions of some of our old favorites.

Within the first month of being in Lesotho, our turn came around to host Thapelong at our house. It was a bit daunting to welcome people into our home so early in our time here – we felt as if we were still getting settled (and it was a bit of a push for us to acquire enough seating for the attendees, which we ended up resolving by purchasing much-needed furnishings for our house). But overall, it was such a joyful experience to host Basotho in our new home! And it was one of the earliest experiences of genuine community and connection that I experienced in Lesotho. Now, our Thapelong group members are people who we look forward to seeing each week at church.

We’ve also been able to track the passing of the seasons through our regular attendance at Monday evening Thapelong meetings. When we first started going in January, in the middle of Lesotho summer, I can remember sweating as I sang and we often walked to and from the meeting since there was plenty of daylight. As the days got shorter, we started driving to our weekly destination, barely arriving before sunset and journeying home in full darkness. In June the group decided to adjourn for the rest of winter and plans to start up again this month. 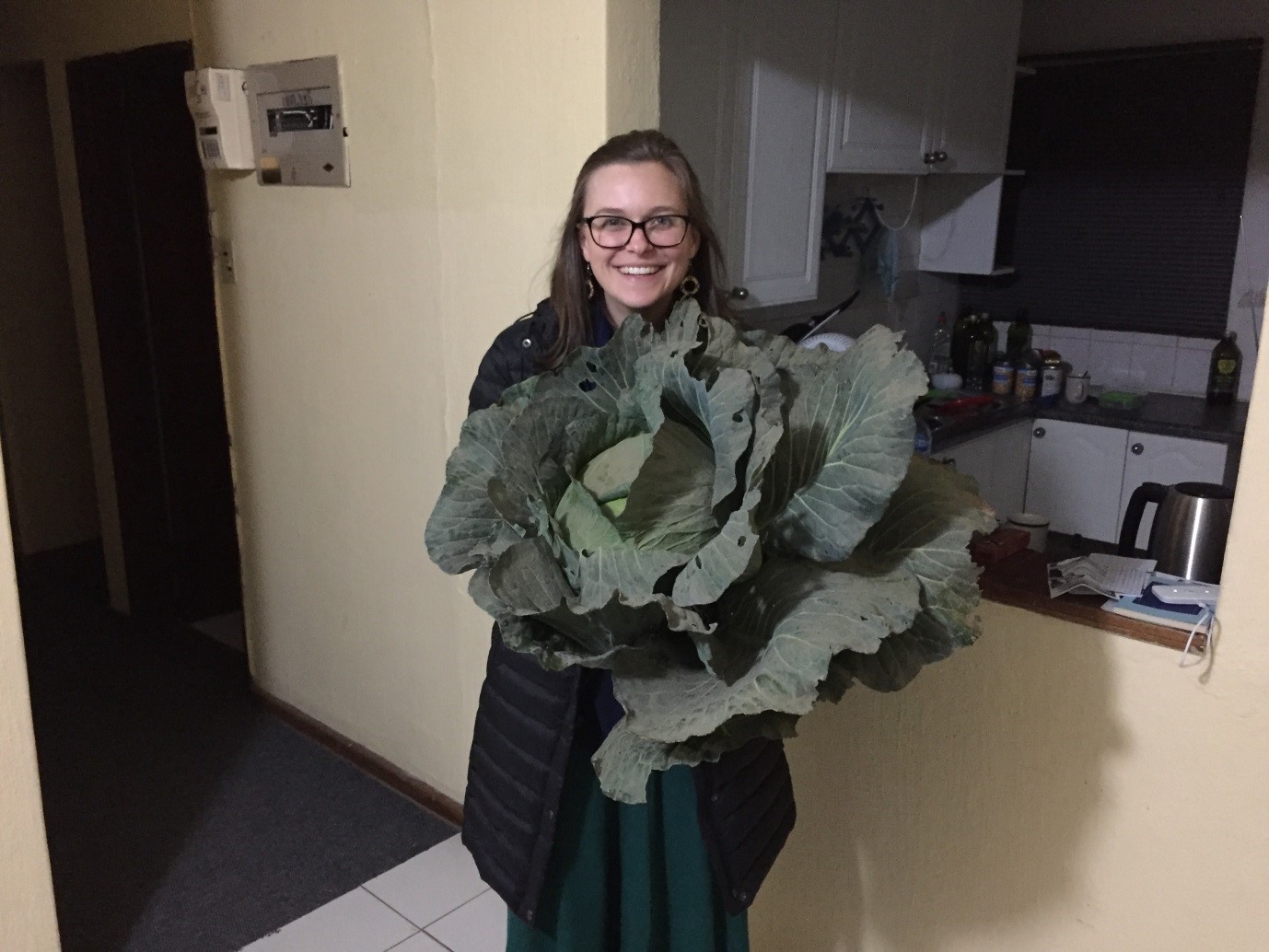 On the night of our last Thapelong for the season, I had a nice conversation about gardening with one of our neighbors, Ntate Peter, a man in his eighties. (I can honestly say that I’ve admired his garden since our first walk around our neighborhood - with its neatly kept rows and wide arrays of vegetables.) I had the joy of starting a garden in late February once we got settled in our house and planted mostly greens that would survive a light freeze, since it was late in the growing season. Ntate Peter told me that he’d planted his cabbage in January and they were ready for harvest. He asked me how mine were and I told him that they were still small. It was upon learning this that he insisted on giving us one of his cabbages.

After Thapelong that night, we gave Ntate Peter a ride home. He grabbed a knife from his house and asked us to shine a flashlight on his cabbage patch.  He motioned to the row in front of us and asked me which one I wanted. I told him the small one on the end. “No, no!” he said and pointed to the biggest cabbage I’d ever seen. “I will give you this one.”

I had a clear sense of the Divine as we stood in the crisp, cold air that clear night, under the stars and sliver of moon, as Ntate Peter hacked away, harvesting the biggest cabbage in the patch. I was humbled by our neighbor’s generosity and heart-felt effort to share with us the best that he had, despite the darkness and cold of the season. And I felt hopeful about our growing sense of connection with our Thapelong friends.