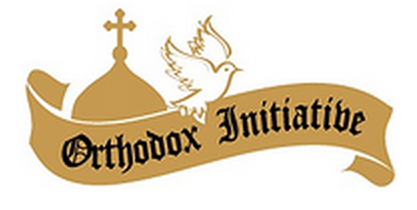 The Orthodox Initiative shares an update on COVID-19

The Orthodox Initiative, a coalition of the Rum (Greek) Orthodox Church in the Middle East works to alleviate the hardship of the most vulnerable, to advocate for the vitality of all of God’s children, and to strengthen the role of youth in their communities. Our mission goes hand-in-hand with our moral duty as Christians to help all of God’s children regardless of religion, gender, age, class or ethnic background. We work on a daily basis to support people uprooted by the wars & conflicts of the region, to raise the awareness of these human tragedies, and to qualify the next generation to be future advocates for the human rights of the most vulnerable. We firmly believe that co-existence is required in order for peace to be achieved in the Middle East and throughout the world.

In this video, staffers of the Orthodox Initiative introduce the services the organization provides for Syrian refugees living in the make-shift camps located in the badia shamaliah (northern desert) of Jordan.

History
The Orthodox Initiative was established by His Beatitude Patriarch Theophilus III on August 1, 2011 out of a desire to strengthen the Christian community in the Middle East; the Initiative works in many different ways to realize its goal of a united Christian community throughout the Middle East and the World. This movement comes at a time of great threat to Middle Eastern Christians, a time when emigration seems like the only hope of safety for their Children. In the midst of such strife, His Beatitude challenges families to reach out to one another for strength, and to remain steadfast in their homelands. And not only to remain, but to remind the rest of society that “we have equal rights; and we are here.” In order to work with such a vast vision, the Initiative has several different ministries, all of which you can explore on this site. The Initiative works to unite the Rum Orthodox Youth of the Middle East with its gatherings in Cyprus as well as focusing on the current plight of Syrian refugees.

The greater vision of the Orthodox Initiative is to “encourag[e] [Christians] to continue their lives in hope and strength and help in sustaining peace, justice, mutual respect and co-existence.” Furthermore, His Beatitude Patriarch Theophilus III quoted a profound challenge that Jesus shared in John 4:20, “if someone says ' I love God' and hates his brother, he is a liar, for he who does not love his brother whom he has seen, how can he love God, whom he has not seen?”