The Red Egg and St. Mary of Magdala 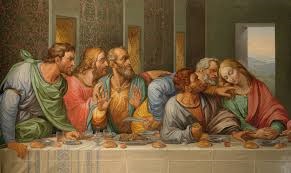 Sharing the Testimony and the Word

We first learn about Mary of Magdala as the woman who Jesus healed of seven demons. Some say she was also the one who anointed his feet. Some say she was the beloved disciple not John and that it is her in DaVinci’s Last Supper with the tilted head. Others even say they were lovers or that she was his wife. 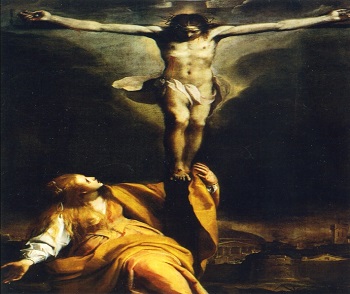 What we do know is that she became a follower of Jesus and that she was believed to be as close to Jesus as any of the disciples. Fragments from her lost Gospel indicate that he often had theological discussions with her about the Spirit which made the other disciples jealous.

In our Scripture readings for Easter, she was one of the women who stayed with Jesus at the foot of the cross along with Salome and the mother of James after the disciples fled. She is also one of the women who went to the tomb to anoint him. Later, in John 20, it is she alone who the risen Christ first appeared to and commissioned to tell the good news.

The very first person to be commissioned was a woman. And she was commissioned to go to men to share her testimony...and then also to give His Word.

I know there are some people who will draw a line and say I can give a testimony,

but I can’t share the Scripture. But Jesus didn’t make that distinction.

He gave Mary Magdalene both commissions, to share her testimony and to give out His word. 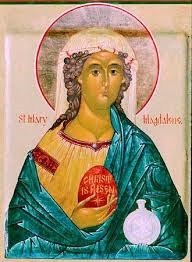 J. Lee Grady says that it is” through the redemption of Christ, that woman got her voice back.” She lost her voice in that first garden story when through Eve she was relegated to second class citizenship, and  made subordinate to man.  John 20 is the Great Reversal. Women are no longer subservient, relegated to suffer in silence in the face of abuse of power or their bodies. Jesus, now in another garden, calls women to be his missionaries and preachers. “Mary Magdalene was appointed to go and tell. She was commissioned to preach. Jesus did not limit her, restrict her or tell her to stay out of the pulpit. Instead, He ordained her to be a carrier of His glorious Gospel.”

According to blogger Rachel Held Evans, “That Christ ushered in this new era of life and liberation in the presence of women, and that he sent them out as the first witnesses of the complete gospel story, is perhaps the boldest, most overt affirmation of their equality in his kingdom that Jesus ever delivered. And yet too many Easter services begin with a man standing before a congregation of Christians and shouting, ‘he is risen!’ to a chorused response of ‘he is risen indeed!’ Were we to honor the symbolic details of the text that distinction would always belong to a woman.”

For years Mary of Magdala or Mary Magdalene was depicted as a prostitute for how else could a woman have money then selling her body. Her power and authority was also held in check if she was merely his lover or even his wife.  So it was with great surprise and joy that I discovered the story of Mary and the red egg and its depictions in Eastern Orthodox icons. In these icons we see Mary with a halo and holding a jar for anointing and a red egg. The story goes that after the resurrection, Caesar doubted that it was possible for Jesus to have risen from the dead and likened it to an egg turning red. Mary then picked up an egg which quickly turned red and folks in the Orthodox Church have been dying eggs red ever since.

In Christ there is no male or female, both men and women can serve as ministers. He has Risen, indeed! Let us celebrate the good news.

Loren McGrail serves with the YWCA of Palestine as communications and advocacy offiicer. Her appointment is made possible by your gifts to Disciples Mission Fund, Our Churches Wider Mission, and your special gifts.