The Resilience of Migrant Workers During the Lockdown

Thousands of migrant workers were forced to go back home bereft of living needs in the context of COVID-19. Lockdown was suddenly imposed on several million in India. In our state alone there were 1.2 million migrant workers from underdeveloped states like Odisha and Bihar. They came as contract labor workers, which is virtually a system of bonded labor.

Contract labor is when one contractor advances a lump sum to a worker. The worker is given a job in a far off place under miserable conditions and must work to return the advance with interest, which deducted from his wages. The wages are often less than seventy percent of what a local worker would be paid. The migrants work ten to twelve hours a day with one day off per week without pay. They are employed in construction work of different kinds and some are self-employed as cooks and cleaners in the street eateries. They are provided a small room to be shared with four or five others. Social distancing is impossible. When the lockdown was announced, these workers went without any pay all of a  sudden. They could not get back home as interstate transport was forbidden. So they started trekking, venturing journeys of nearly a thousand miles. More than two groups were run over by speeding vehicles. Quite a few died of hunger. The government cared little until legal intervention came. 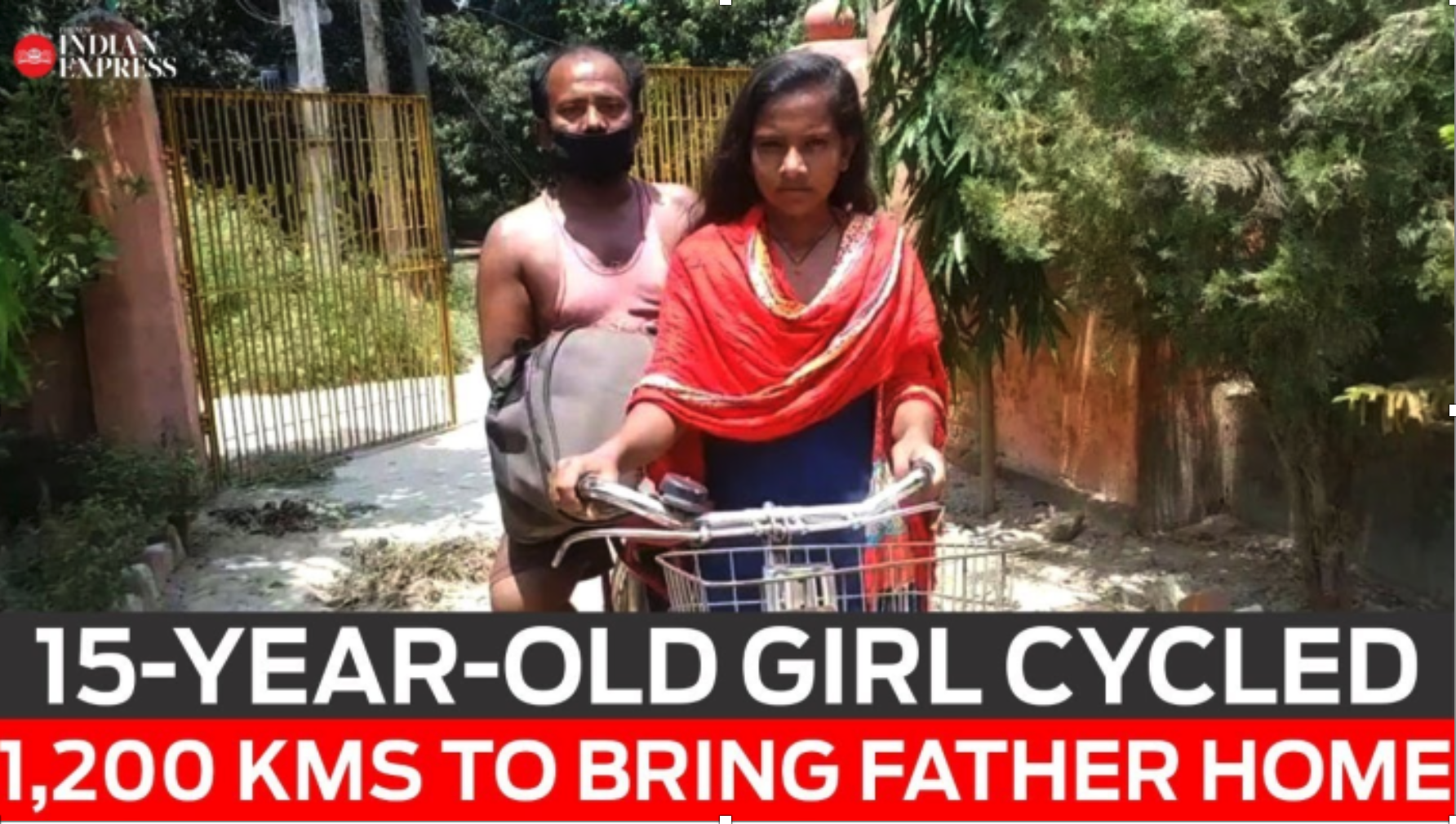 There is one heart-rending story among many of Jyotikumari, a fifteen-year-old girl, who dared to take her father home on a bicycle. They were evicted from the room where they lived in Delhi. The father, who had a broken leg, was seated on the carrier of an old bicycle, and she pedaled him all the way to their home village in Bihar. The journey took seven days. The distance covered was around 1000 miles. How did they get food and manage their sanitary needs? People living along the road must have taken pity and helped. For one small stretch, a truck gave them a lift. The government did not care and was very cynical. When the news of the daring act became known, the Sports Officer offered her training to become a cycling athlete. She turned it down affirming her dignity saying she wanted to continue her studies.

This story is heart-rending as it is also exhilarating at the same time to the privileged like us. We see God as One who accompanied her. Suffering together, God's presence supported her. She made no such confession. That matters little. But we need to conclude that this was the reality. The time indeed has come when God needs to be identified as one who accompanies such acts of faith and courage.