The Resistance of Indigenous Peoples: A Testimony of the Wayuu Community in Venezuela 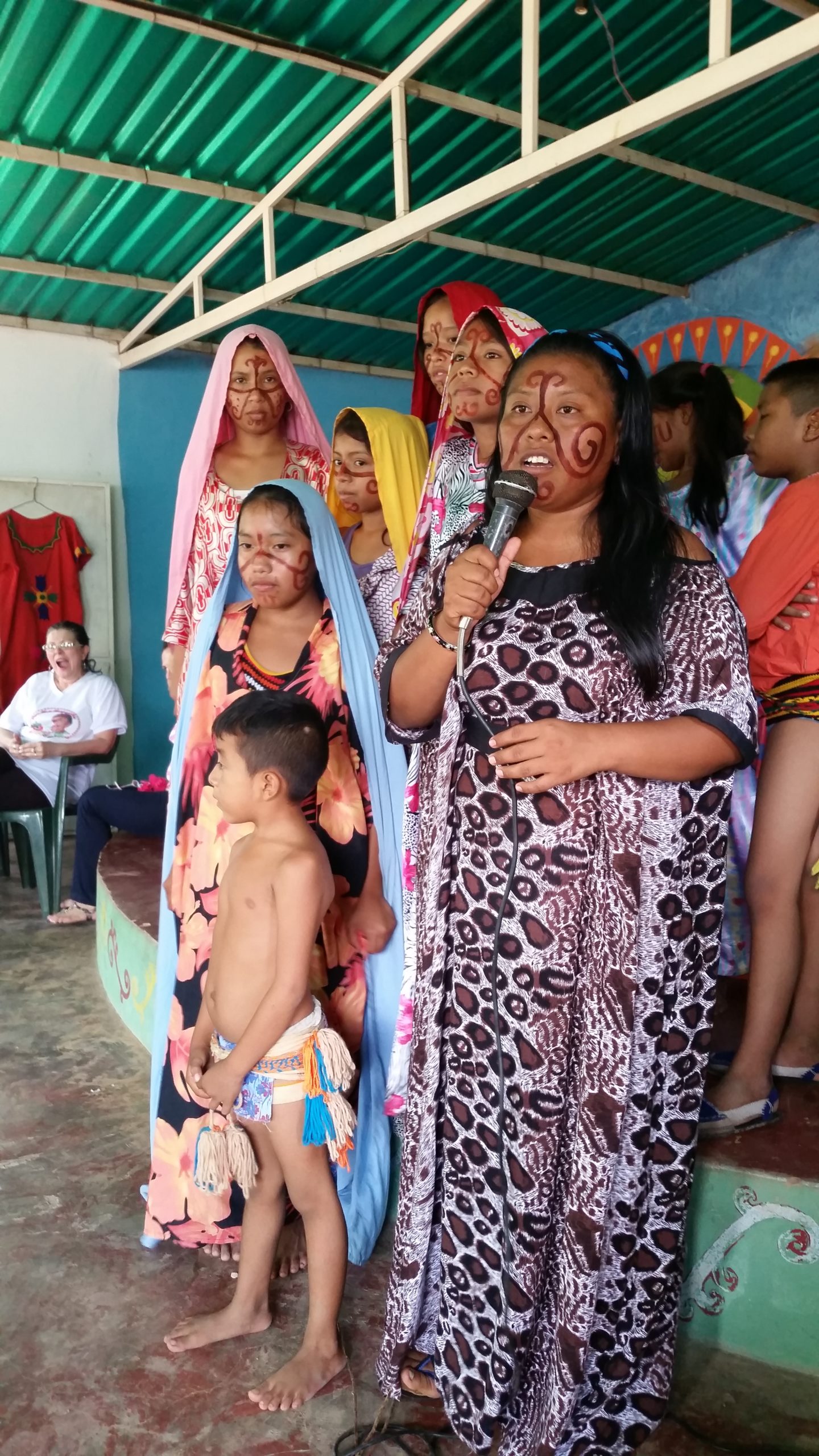 In 1992, the United Nations declared a day to celebrate indigenous peoples called the International Day of Indigenous Peoples. During President Hugo Chávez’s administration in Venezuela, October 12 was established as the “Day of Indigenous Resistance.” This replaced the traditionally given names to the holiday. The decision was endorsed in the constitutional text. The Venezuelan Constitution recognizes in its articles the right of indigenous peoples to “maintain and develop their ethnic and cultural identity, worldview, values, spirituality and their sacred places and places of worship.”

Global Ministries accompanies the Evangelical Pentecostal Union of Venezuela (UEPV) on its ministry in relationship with the Wayuu indigenous communities. The Wayuu are located in the northern part of Colombia and Venezuela, in La Guajira and Zulia.  The Wayuu culture is one of the longest-running ethnic groups in this region and has left the most legacy.  It is estimated that from 150 B.C.E., the Wayuu passed through the Amazon region and the Antilles before being permanently located in the northern part of South America. The UEPV has a long history of missional work with the Wayuu, as part of its historical option for the poor.  In a recent conversation with the Reverend Gamaliel Lugo, UEPV’s General Bishop, he shared with me a fascinating story on how UEPV started its ministry with the Wayuu:

“I remember attending a UEPV National Convention in Barquisimeto, Zulia State as a teenager (I was 19 years old – it was 1973).  Amid that Convention, we attendants heard God’s calling for work among the indigenous people, and many young people responded to that.  Some volunteered to serve among the indigenous Yaruros in Amazonas.  Others responded to do work among the Wayuu in the State of Zulia State. There were previous contacts with the Wayuu because my father, Meliton Lugo, had pastored a Wayuu family while in Santa Bárbara del Zulia. So, the connection with the Wayuu was there before the 1973 Commission Service.  As a young man, I participated in building relationship with the Wayuu community and I was able to learn a bit of the Wayunaiki language. On that endeavor, I had my dad’s support as well as the Church’s.” 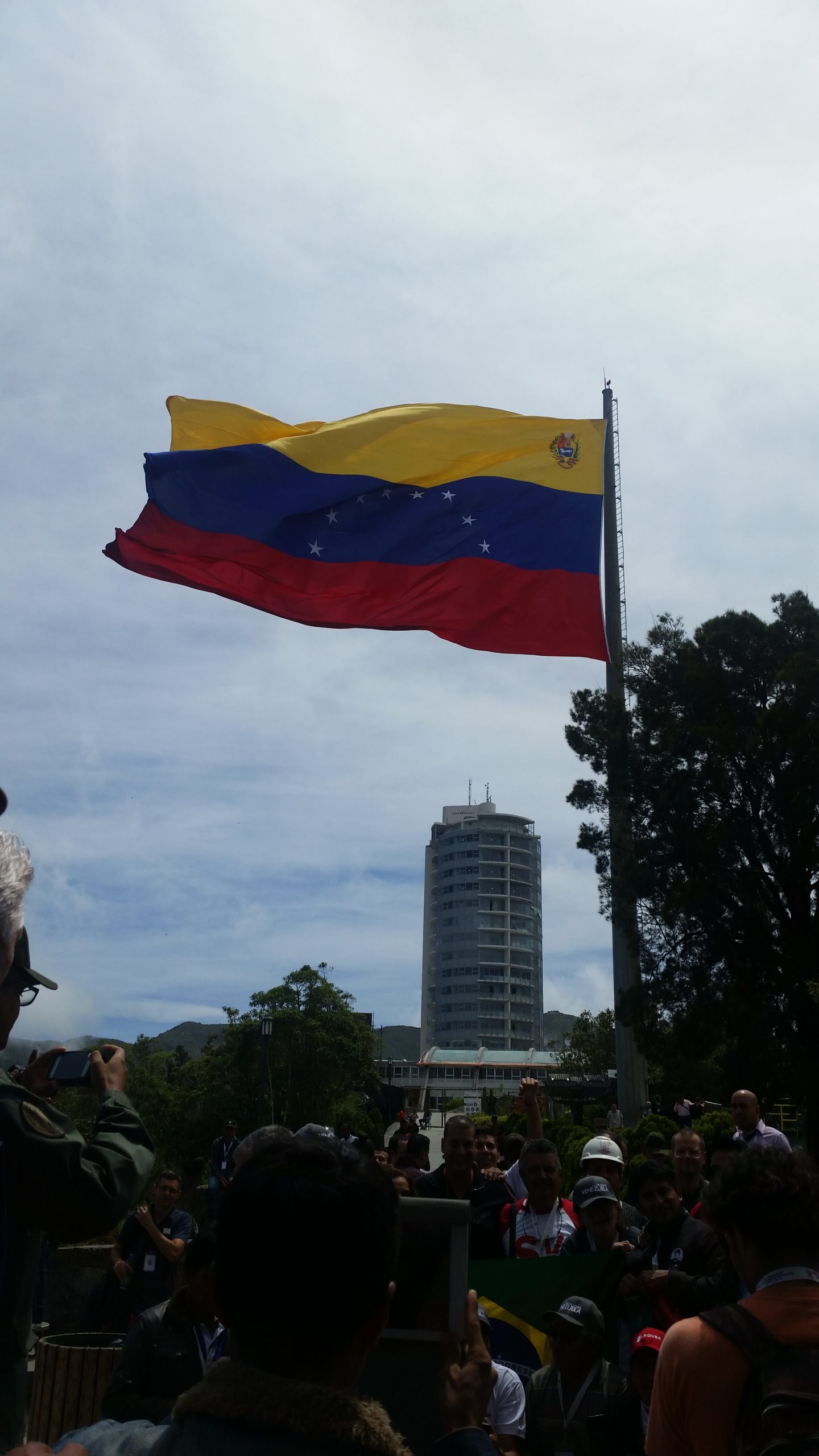 From the experience of accompaniment and solidarity among the Wayuu comes the concept of Painjiwaraa.  Painjiwaraa means “unity,” “a collective sense of life,” “working together as a family, as a whole.” It is the affirmation of communal values to move forward, seeking justice, respect, and dialogue among diversity.  In our conversation, Bishop Lugo emphasized that the concept of Painjiwaraa is pretty much near our Christian concept of “ecumenism.” “Oikos” is our “wide household,” where the family seeks for its well-being or “Buen Vivir” (“good living” in Spanish).  It is the same value in the Wayunaiki language.   It is about the unity of the household, community, and Wayuu council, where every home member’s effort contributes to that “good living.”

I had the privilege of interviewing Bishop Ramiro Gutiérrez, leader of the Painjiwaraa Indigenous Pastoral Council on Evangelical Pentecostal Union of Venezuela, on the experience of resistance Wayuu communities as of today.  Here is his testimony:

“As the Presidential Decree No. 2028 of October 2002 states, we are to commemorate every October 12 as “Indigenous Resistance Day.”  On this day, we seek to advocate for the recognition and self-affirmation of our national, Latin American, Caribbean, and American identity.  We emphasize the construction of unity based on the nation’s linguistic and human diversity, starting with the reaffirmation and vindication of the original peoples, as diverse communities and peoples of various origins that have contributed to the formation of Venezuelan nationality.

As indigenous peoples, we consider and have made the space and decision to commemorate October 12 as “Indigenous Resistance Day.”  This resistance is fully justified in the historical and cultural bases, from the multi-ethnic and multicultural character of our original identity and, of course, with deep intercultural spirituality.  Our Constitution of the Bolivarian Republic of Venezuela recognizes the fundamental, historical, and specific rights of indigenous peoples and interculturality in terms of justice and equity among all peoples and cultures.  Likewise, this Constitution contemplates the recognition of the rights of new generations, and the search for gender balance, environmental balance, unity, equality, equity, and emancipatory integration in the independence, sovereignty, and self-determination of peoples, respect for human rights, and recognition of political, economic, social, and cultural rights.  Our tradition as a people who practice contemplation, collective work, the essence of life from deep spiritual feeling, and respect and affirmation to diversity and cultural values commits us to such a task. 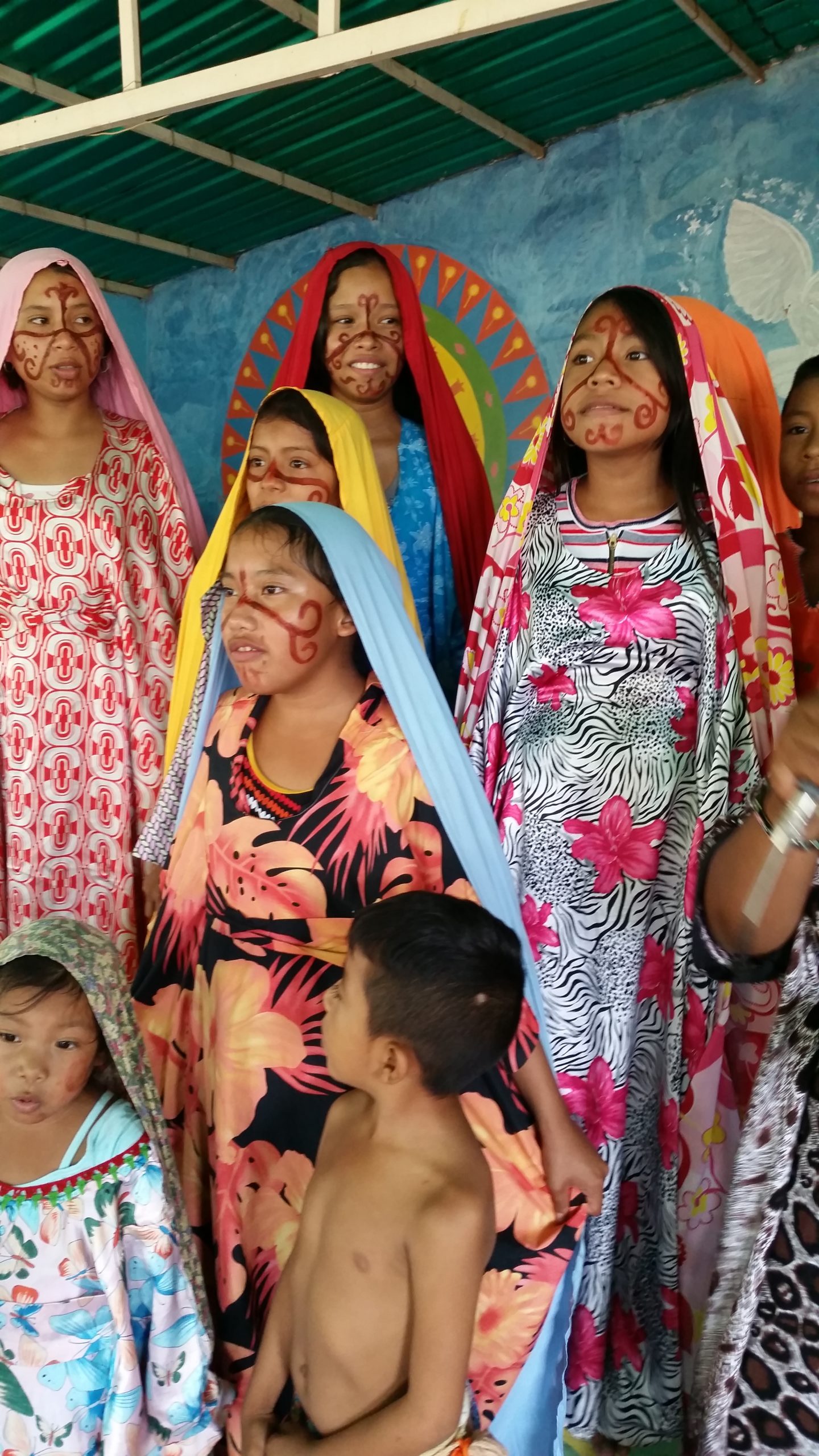 From our space and our Painjirawaa Movement of the UEPV, we commemorate every October 12, especially in teaching our history, the exaltation, and reaffirming the heroes and leaders of indigenous resistance.  We recognize their struggles, their warrior spirit, defense of ancestral territory, a community of historical memory, and preservation of the cultures of the native peoples, in the face of the European invasion and colonization, through the participation in the struggle for independence.  As more than 527 years have passed and as heirs of this land and peoples of the continent, we continue walking the streets of our America claiming their anti-colonialist struggles and proud that the blood of our indigenous heroes runs through our veins.

We face a gross economic-financial war, as the economic blockade comes from an oppressive system that intends to crush our hope and lives.  They are used to subduing people.  That is why, from here, we say to the foreign governments that take part in that injustice:  “You will not be able.”  From the UEPV Wayuu-Pinjirawaa movement, we continue to stand in resistance to fight the good fight.  We continue to deepen the commitment to a biblical, theological, and pastoral formation from the original peoples.  Our commitment from the evangelical Pentecostal Wayuu context is to continue to be identified with our own indigenous, popular vision, mission, and self-determination to confront everything that damages our ancestral roots.  Our objectives are to promote integral development with an identity that affirms values and strengthens the original peoples’ interculturality”.

Let us continue praying for UEPV’s ministry in partnership with the Wayuu and supporting Venezuela’s right to self-determination.  We keep “sounding the alarm” for peace with justice and walking alongside the people who recognize that “anashi ma’leiwa” (God is good, in Wayunaiki language).

Please join us in calling on our Senators and Representatives to end U.S. sanctions against Venezuela, respect the Venezuelan people’s self-determination, and refrain from any U.S. military intervention in Venezuela.  By signing this petition and noting your congressional district, we will ensure the message reaches your Senators and representatives as well as members of the Senate Foreign Relations Committee and the House Foreign Affairs Committee.  Here is the petition: https://capitolcontact.com/portal/#/view/790

Thank you for taking action today on behalf of our partners in Venezuela!