The sounds of Port-au-Prince

As we write, the sun is shining and an honest-to-goodness breeze is causing the palm trees to sway.  It is rather quiet now and we hear only the occasional bark of a dog or the crowing of a rooster in our part of Port-au-Prince.  The toddlers at the next door crèche are down for their afternoon nap, but in another two hours or so they will be awake and once again the neighborhood will resound with their laughter and their screams; yes, they have found their “big” voices.

Most of our days are like this with the sounds of neighbors chatting amongst themselves and machann (vendors) calling out to shoppers to look at their array of brightly colored produce and various sundries.  We hear the giggles of schoolgirls as tap-taps, 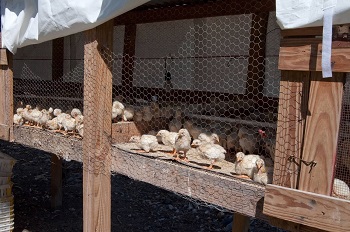 covered with logos of “Bondye se yon bon bagay” (God is good) and “Jezi tout tan tout tan an” (Jesus all the time), pick up and drop children off at their respective schools. There is also the beep-beep of countless moto (small motorcycles) horns to alert us as they pass our vehicle and carry individual customers to their work places.

However, in recent days there have been different sounds as protesters marched throughout the city and surrounding areas and decried the high cost of gasoline and diesel prices in Haiti.  Even as prices for fuel have dropped so dramatically in other parts of the world, petroleum products here are more than double the price that most in the U.S. might pay.  In response to the cries of the people, the government agreed to drop the cost of the different fuels by 15-20 gds. a gallon which is roughly equivalent to 35 to 45 cents a gallon, but still the cost is high.

A bright spot for many is the upcoming season of “Kanaval” which begins this month and is supported financially by the government, businesses and wealthy Haitians.  Numerous attendees 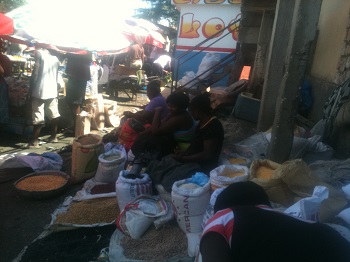 “pre-celebrate” the season beginning in January and continue until the end on Mardi Gras, or “Fat Tuesday,” which is the day before Ash Wednesday and the start of Lent.  There are parades with decorated floats and music such as “zouk”, Hatian rap and “kompa” which give musicians an opportunity to promote themselves and to occasionally compete against other bands.  The streets are crowded with revelers who perform comedy plays which oftentimes satirize political topics (we saw this, too, at Mardi Gras in New Orleans).   There are also one-on-one “fights” (dances) between young men during the festivities that are called gangan and, as the young men face-off, they are surrounded by a group of supporters cheering them on (somewhat similar to what we saw in New Orleans but the “challenge” was between Mardi Gras Indian groups).  All-in-all the festival allows people to enjoy a change of pace from their routine lives and to meet up with friends, old and new.

Some Kanaval expressions include:

On a more personal note, Tim continues to work with people of different ages as he helps them to create micro-savings groups.  The most recent start-up is comprised of young men and women ranging in ages from 14-24 years-old and, based on their initial meetings, Tim is expecting them to do very well.

Tim has also started conducting small business start-up sessions with 6 different CONASPEH-affiliated pastors who are in the process of developing individual chicken cooperatives.  Tim’s goal is to help the pastors to create a business plan that will allow them to realize the greatest benefits from their enterprise and to maintain a sustainable venture for the future.  Once their plans are completed and approved, CONASPEH will offer initial support to the pastors by giving each clergy person 100 chicks to begin their business.  At the same time a special donor group from the U.S. is supplying the materials to build their chicken coops.

My spirit continues to be renewed by the time I spend with the seminarians from CONASPEH’S St. Andrew’s School of Theological Studies.  This year we are doing a Survey of the Old Testament and a continuation of (last year’s) Church History course as we look at the time period between the Reformation and the present.  Also, in early March I will begin a new class on Ministerial Ethics to the seminarians and a Medical Ethics class to students in the Nursing School.

Your prayers and remembrances of us are great sources of encouragement and it is for that reason we ask for your continued prayers:

Tim and Diane Fonderlin are serving with the National Spiritual Council of Churches of Haiti (CONASPEH). Their appointment is supported by One Great Hour of Sharing, Our Churches Wider Mission, Disciples Mission Fund and your special gifts.