The Struggle Continues Following the Death of Berta Cáceres

Job 37:23 The Almighty is beyond our reach and exalted in power; in his justice and great righteousness, he does not oppress.

Psalm 9:8 NIV  He rules the world in righteousness and judges the peoples with equity. 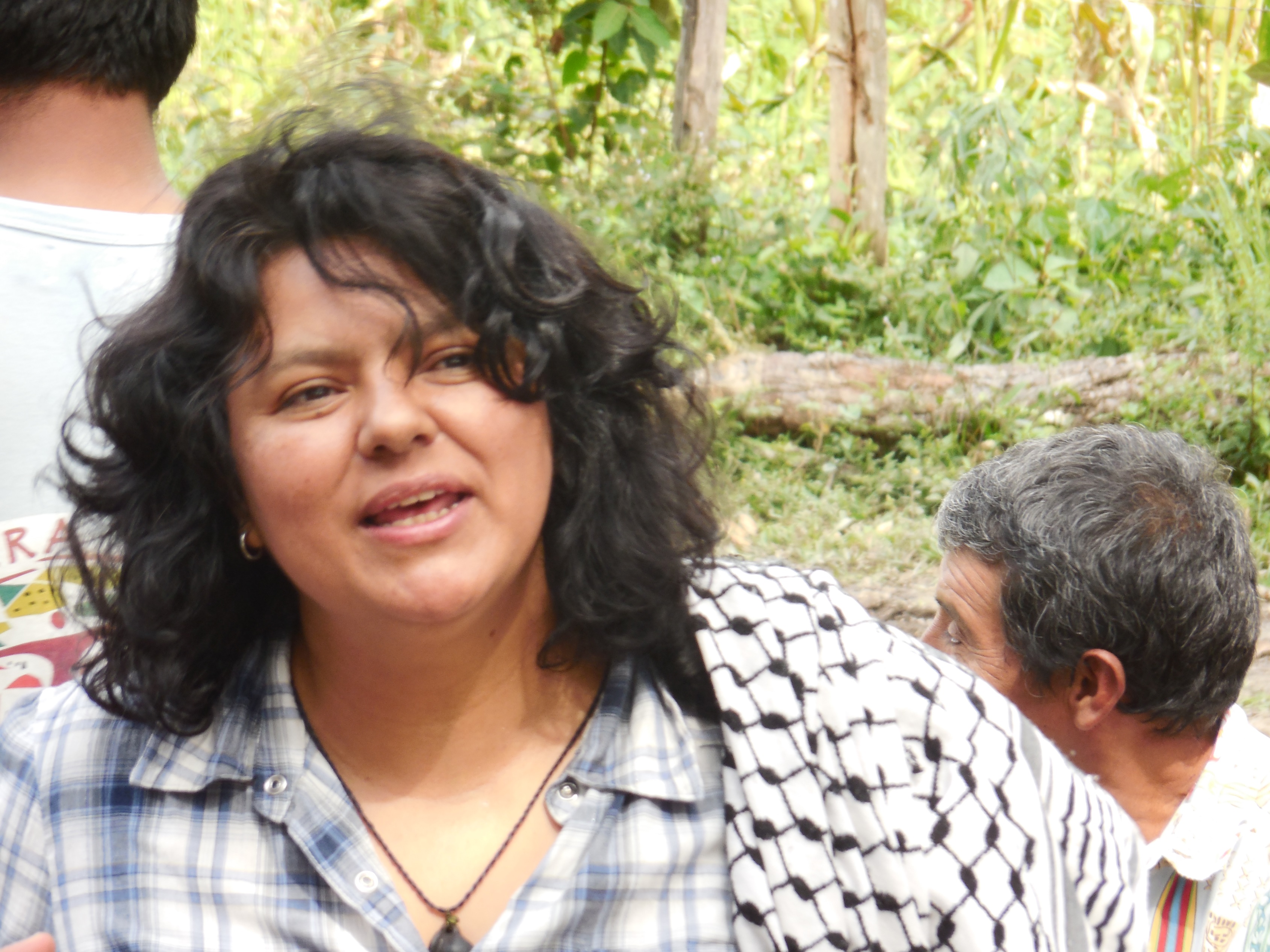 Don and I recently visited the site of Agua Zarca near La Esperanza, Honduras. We met with leaders of the Lenca, an indigenous community, who had staged a successful protest to block the construction of the Dam on the Gualcarque River. We were very moved by a woman organizer and leader named Berta Cáceres Flores. Berta spoke passionately and persuasively about the sacred qualities of the river.  She was dynamic, powerful, passionate and full of life. In Berta’s words, “This river has ancestral and spiritual importance to the Lenca people, because it is inhabited by the female spirits. These female spirits guard the rivers—the Gualcarque River is also used for gathering food and medicinal plants. It is vital to the entire population downstream.” She continued, “This {construction} was a violation of indigenous rights from the start, because the national congress granted the concession without providing free, and informed consent.”

Ms. Cáceres  is co-founder of COPINH, an organization dedicated to protecting indigenous land rights and the environment. In 2015, she won the prestigious Goldman Environmental Prize, an international recognition awarded to grass-roots leaders who build community support to protect the environment.

Ms. Cáceres faced serious risks as a human rights defender. She had been threatened with rape, torture and murder if she continued her work. Last year she was abducted but returned unharmed. Her mother and children have been threatened.  Another indigenous rights leader and COPINH founder, Tomàs Garcia, was murdered by military police during a peaceful demonstration in 2013.

Ms. Cáceres had protective measures ordered by the Inter-American Human Rights.  When we met Ms. Cáceres, she was flanked by two uniformed police, weapons drawn. 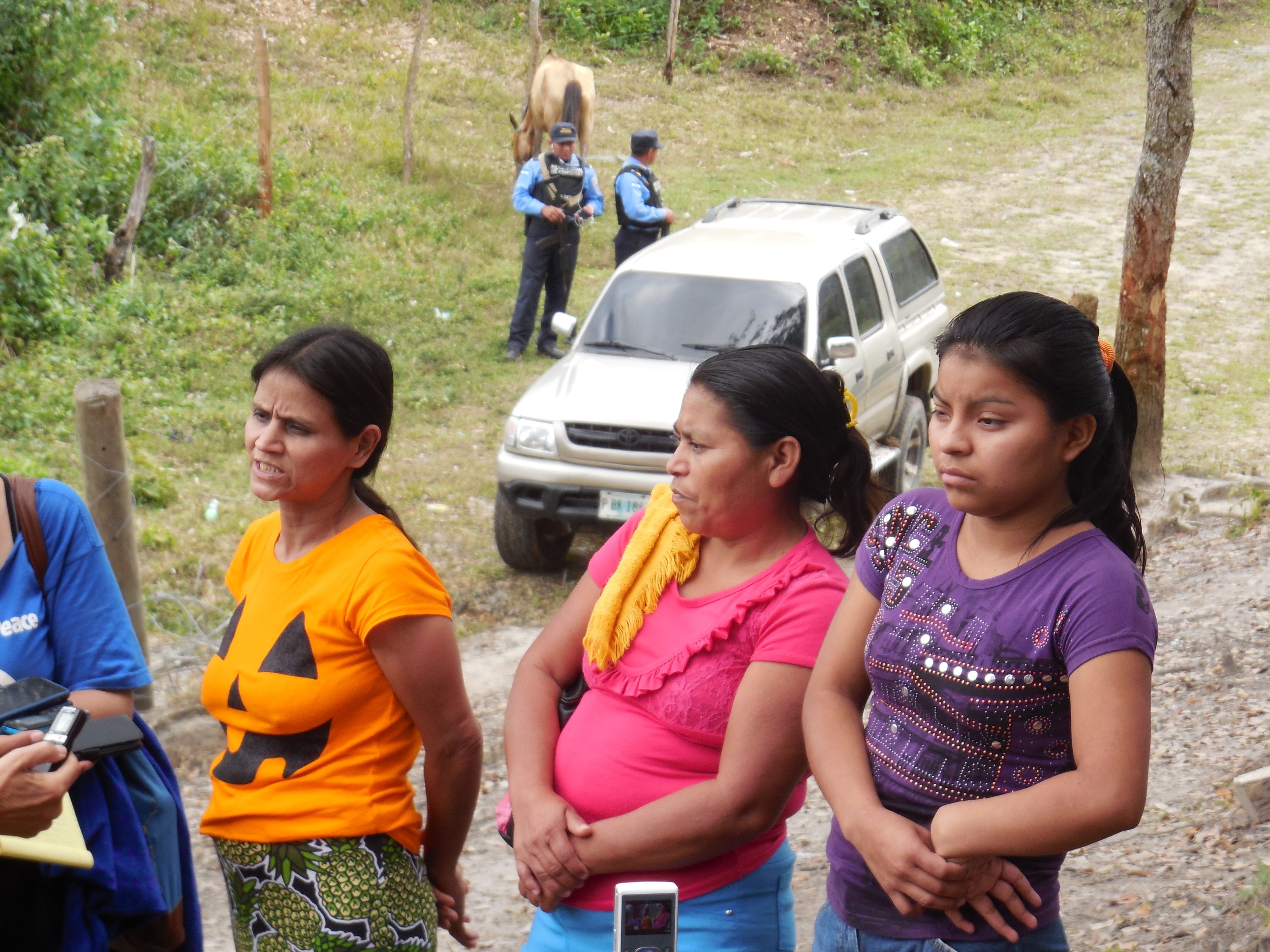 Early Thursday morning, March 3, gunmen broke down the door to the house where Ms. Cáceres was sleeping and shot her at least four times, killing her and injuring Gustavo Castro Soto, another human rights defender. She was buried on her 45th birthday. She is survived by her mother and four daughters.

The brutal murder of Berta Cáceres Flores, the most prominent environmentalist and human rights defender in Honduras, has brought widespread condemnation from international human rights organizations and from American lawmakers. It has also deeply affected Don and me personally.

This news brings attention to Honduras’ extremely high murder rate, bleak impunity statistics and dismal human rights record.  It comes at a time President Juan Orlando Hernandez is saying that Honduras is making progress in combating violence.  Ms. Cáceres was under protection, but for unknown reasons, she was not under the protection on the day of her death.  The police say she had not reported her whereabouts. They also said the murder was a botched robbery attempt.

Between 2010 and 2014, 101 human rights defenders were killed in Honduras, a higher death toll per capita than anywhere else, according to the study How Many More? by Global Witness.  The dangers appear to have increased the weeks leading up to Berta’s murder.  When Don and I were there with a group, we were followed by armed military and surveyed with binoculars. After a COPINH march in Río Blanco on 20 February, just days before her murder, Berta and other participants were confronted by the army, police, local mayor and employees of the dam company. Several marchers were detained and some threatened. 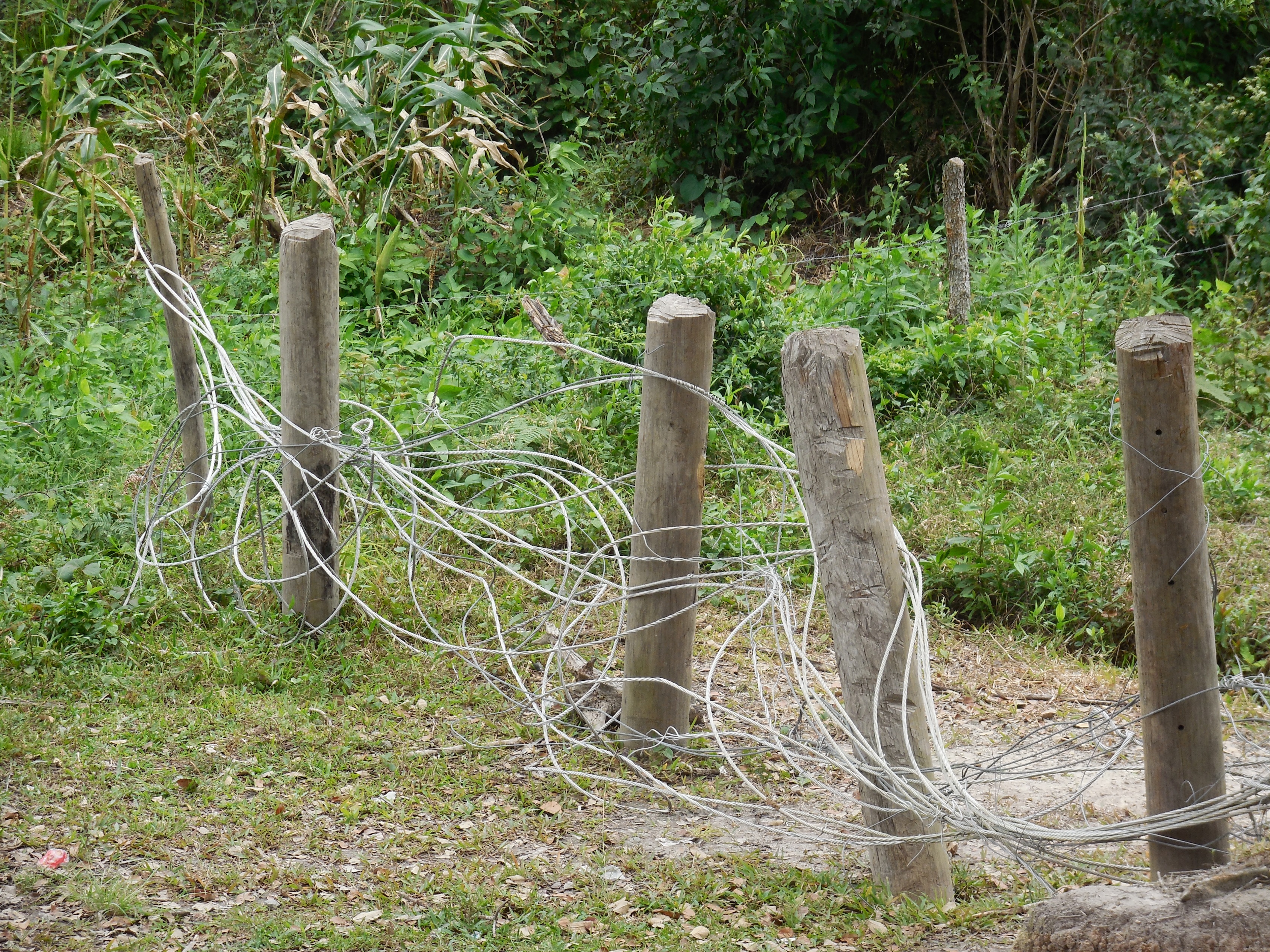 Ms. Cáceres and COPINH had led a fight against the building of the Dam. They built a fence to keep construction machinery out.  There are dozens of dams being built in Honduras to supply power to planned transnational gold, silver and copper mining  enterprises.  Don and I visited the area to gain understanding of the dispute. The Lenca believe that female spirits are entrusted with the care of the river. It is a holy place. A place of nourishment and enrichment. The Lenca believe that the river belongs to everyone and cannot be owned. A Lenca woman named Maria, representing COPINH said, “I was born on this mother land. I work this sacred land. And when I die, she will hold me in her arms.”

The campaign against the dam project involved filing legal complaints, organizing community meetings and bringing the case to the Inter-American Human Rights Commission. They had succeeded in temporarily blocking construction of the dam, although the project was moved to the other side of the river.

We, as members of the Christian community, express our most profound condolences to Berta Cáceres' family, her organization, her community, and the Honduran people. We are determined to redouble our solidarity with justice seekers. In a church that seeks justice, we call for a serious and complete, independent international investigation of Berta’s murder so that all those involved are identified and brought to justice rapidly. In the name of a God that is fair and just, we call for an end to impunity in Honduras that protects criminals and murderers.

In the words of Berta Cáceres, “We must undertake the struggle in all parts of the world, wherever we may be, because we have no other spare or replacement planet. We have only this one, and we have to take action,” she said.  “I'm a human rights fighter and I won't give up.”  We won’t give up, either, Berta.